James, 32, is set to play a young Anderson, now 53, in the new Hulu series, which will follow the bombshell’s romance and sex tape with ex-husband Tommy Lee (played by Sebastian Stan). The British actress transformed into Anderson circa 1992 while shooting in Malibu on Wednesday, May 12. 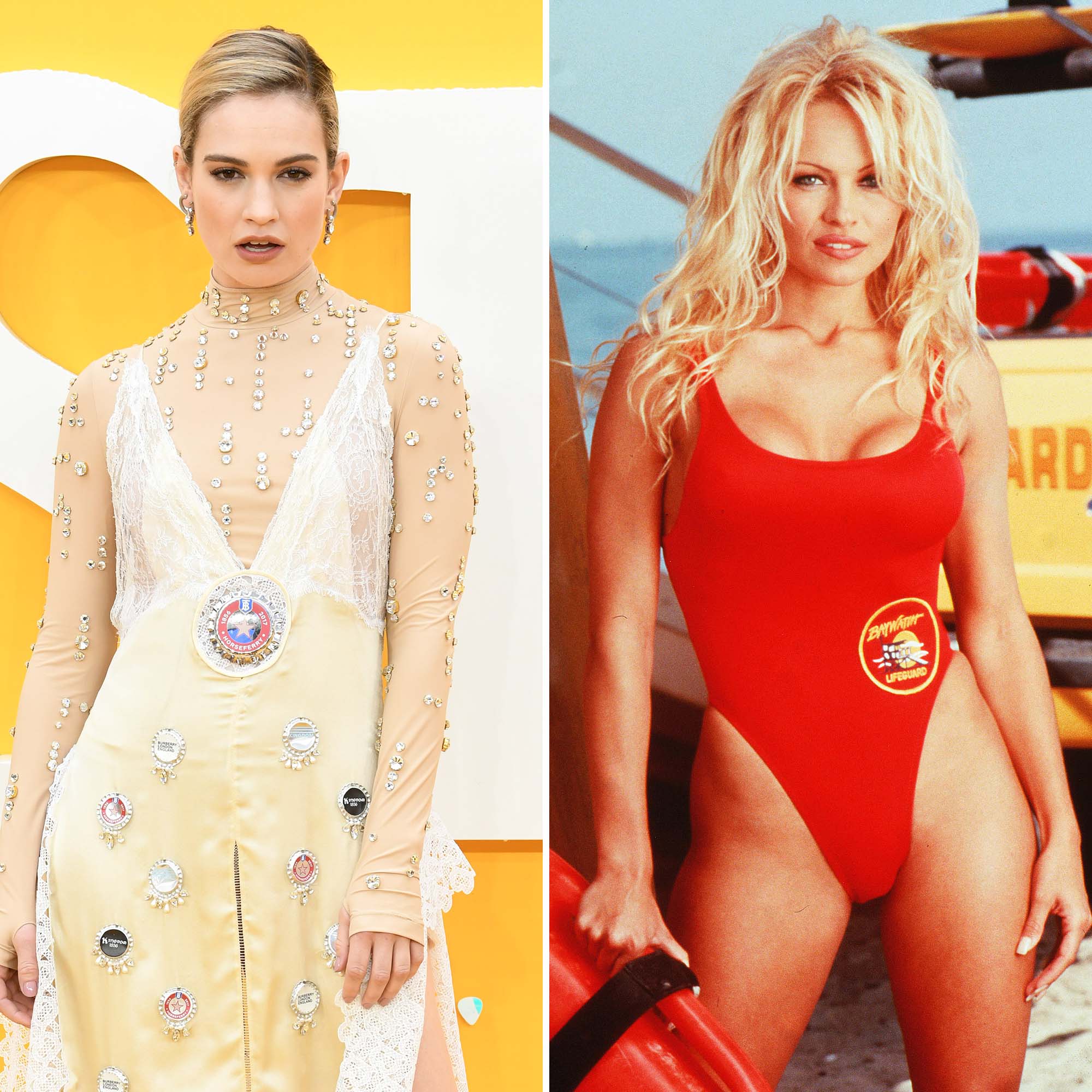 In multiple photos, published by the Daily Mail on Friday, May 14, James ran up and down the beach in the red one-piece, which Anderson wore for seven seasons on the hit series as C.J. Parker. Her blonde wig and fake breast implants made the Downton Abbey alum look like the former Playboy model’s twin.

During her time on Baywatch, Anderson’s character and fellow lifeguards, including Mitch Buchannon (David Hasselhoff), became known for their sand sprints. Fans tuned in to watch the attractive lifeguards jog along the beach and into the water to assist with daring saves.

On Wednesday, the Cinderella actress showed off her tanned skin and slim figure in another snap. She posed with her hands on her waist, similar to Anderson’s memorable TV stills from the ‘90s and highlighted the swimsuit’s high leg line.

A week prior, Hulu released the first photos from the upcoming show featuring an unrecognizable James as Anderson as Stan, 38, and Lee, now 58.

20 Years Later! Original ‘Baywatch’ Cast: Where Are They Now?

In one photo, the Mamma Mia! Here We Go Again star bit the Falcon and the Winter Solider actor’s nipple ring as he screamed. Stan’s transformation included tattoos all over his arms and torso reminiscent of the Mötley Crüe rocker.

James also appeared in a solo shot wearing a black lace-up corset and matching leather pants. Her blonde locks and edgy makeup added to her portrayal of the model.