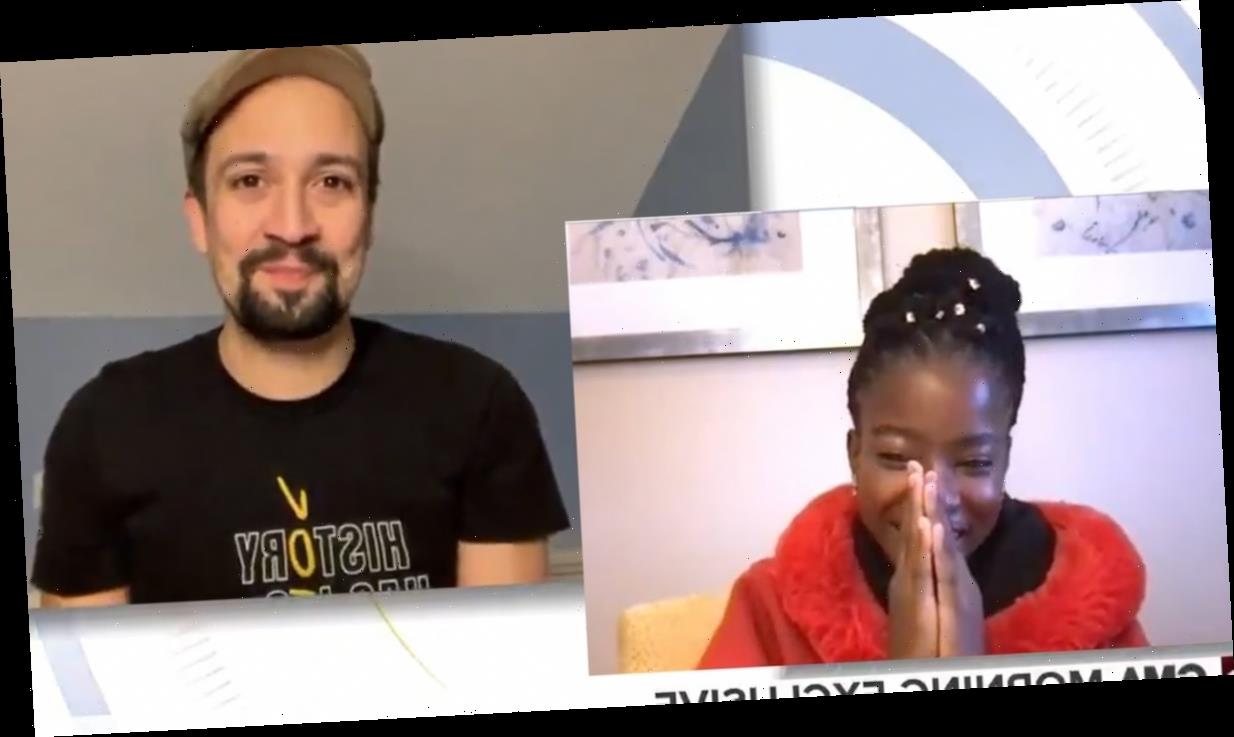 “Keep changing the world, one word at a time.”

Lin-Manuel Miranda is sharing his praise for poet Amanda Gorman after she referenced “Hamilton” in the powerful poem she recited at the inauguration.

While appearing on Thursday’s “Good Morning America,” Gorman — the youngest inaugural poet in U.S. history — received a surprise message from Miranda, who told Gorman to “keep changing the world, one word at a time.”

All the Moments That Went Viral During Celebrating America, the Virtual Inauguration Ball

“The right words in the right order can change the world and you proved that yesterday with your brilliant piece,” Miranda continued, as Gorman smiled in awe. “I’m so incredibly proud of you and I can’t wait to see what you write next. Keep changing the world, one word at a time. You smashed it!”

During President Joe Biden and Vice President Kamala Harris’ inauguration ceremony on Wednesday, Gorman delivered her poem, titled “The Hill We Climb.” Gorman made two references to “Hamilton” in her poem, including a nod to the song, “History Has Its Eyes on You,” which is sung by George Washington.

“For while we have our eyes on the future/ history has its eyes on us,” she said.

“YES @TheAmandaGorman!!!,” the Tony winner tweeted, tagging Gorman, who replied, “Thx @LinManuel! Did you catch the 2 @HamiltonMusical references in the inaugural poem? I couldn’t help myself!”

“You were perfect,” Miranda tweeted in reply. “Perfectly written, perfectly delivered. Every bit of it. Brava! -LMM”

Not only is Gorman a “Hamilton” fan, but she later revealed the Tony award-winning musical helped her overcome a speech impediment.

In an interview with CNN’s Anderson Cooper Wednesday night, the first national youth poet laureate explained how “Hamilton” became “a huge part” of her speech pathology.

“And so that’s been a huge part of my own speech pathology,” she continued. “It’s why I included it in the inaugural poem.”

“Also, beyond that, I think ‘Hamilton’ is just such a great American cultural piece of what it means to be a better country” she added. “It was really hard for me not to just copy and paste ‘My Shot’ and email it to the committee. Like, ‘Here’s my poem, here we go!’ But I cite my sources, which is why I tweeted about ‘Hamilton.’ I’m really proud I was able to incorporate that in there.”