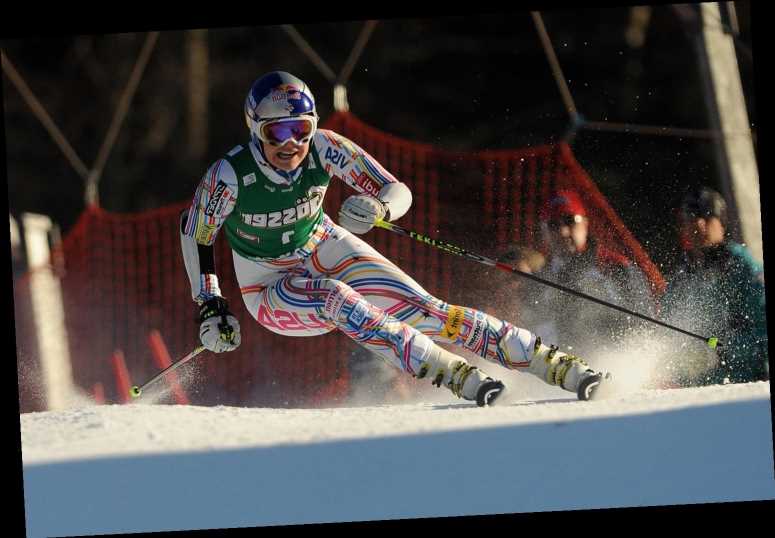 Olympic Gold medalist Lindsey Vonn is parting ways with some of the most iconic gear from her career for a good cause.

The former alpine ski racer, 35, is auctioning off custom ski suits, U.S. Ski Team jackets, backpacks, helmets, and more from the past two decades of her career over the next few weeks to benefit The Lindsey Vonn Foundation, which helps motivate and support young girls with various community events and scholarships throughout the year.

Every Friday through October and November, items from Vonn's collection will go live for sale on Charity Auctions' Today website. This Friday's new addition is a rainbow-print ski suit she wore winning the giant slalom at the 2011 Alpine Ski World Cup.

"It is so hard to let go of so many special memories and moments in my life but due to the current landscape, the Lindsey Vonn Foundation was not able to hold their annual fundraising event, so we decided to do something different and auction some of those special momentos of mine," the 35-year-old tells PEOPLE in an exclusive statement.

The retired athlete continues, "I never thought honestly that I would ever part ways with many of these things but making sure we have enough funds to support the kids that really need resources for their educational programs and scholarships is much more valuable to me than anything I could ever collect." Vonn retired from professional skiing in 2019. She won the bronze in the women’s downhill at the FIS Alpine World Ski Championships in Are, Sweden, on Feb. 10 of that year, marking her last race.

She had previously stated that she wouldn’t retire until she broke the record of the most World Cup wins, currently held by Ingemar Stenmark with 86. Vonn won 82 World Cup races and has three Olympic medals — one gold, and two bronze.

Speaking to PEOPLE last fall, Vonn said she is proud of her impressive career regardless.

“I have been saying the past few years that I’ll keep skiing until I break the record, but I’ve come to the realization that my career is not the sum of this record,” Vonn told PEOPLE.