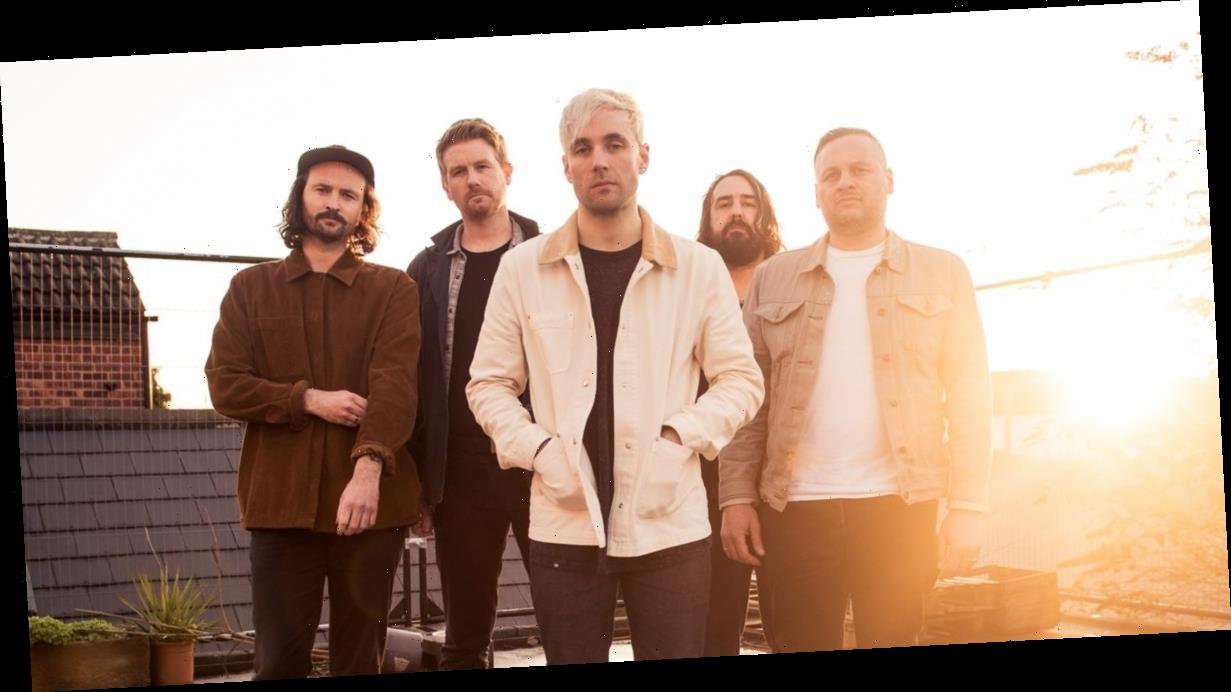 “It took a while for us to figure out where we we’re heading with this record”, reveals Lonely The Brave’s Gavin “Mo” Edgeley when unravelling the journey the Cambridgeshire alt-rock titans took with their third album The Hope List.

“It’s a strange one but it’s almost like when you persevere so much with something then it takes on a life of its own.”

It’s fair to say the five-piece travelled along one hell of a road to get to this point – but journey of discovery that’s culminated in a stunning follow-up to 2016's Things Will Matter.

2018 saw former frontman David Jakes leave the band due to personal reasons, leading the way for Jack Bennett, who’s worked under the Grumble Bee moniker, to take the helm.

It was a move that proved to be the missing piece of the jigsaw. The band was reinvigorated, a dynamic had shifted.

As its name suggests, The Hope List provides light in darker times. It’s a collection of deeply personal songs but with an underlying message that everything’s going to be alright.

“I think it’s important to keep optimistic, even if it’s through assessing your problems versus someone else’s”, Jack told Daily Star Online.

“I can only write about things I care about firmly, and if I’m lucky, people might be able to take something from the songs – whatever it is they want!”

Recorded between Cambridge and Jack’s home studio in Bristol, The Hope List is full of awe-inspiring set plays. Songs like breathtaking album opener Bound and Distant Light are awash with dizzying, cascading melodies, while the record’s eponymous track strips it back to just layered guitars over Jack’s anguished vocals. Its closer, The Harrow, is "the heaviest song" they've ever done, according to Mo. The Hope List is the perfect for vessel to usher in the new dawn of Lonely The Brave 2.0.

The band’s journey to this point has also been wonderfully detailed in the video for Keeper. It takes the form of a mini-documentary focusing on stories from each band member filmed in their hometowns as they delve into their experiences leading up to The Hope List. In it, it’s revealed Mo and bassist Andrew Bushen experienced the traumatic reality of the pandemic firsthand working on the frontline for the NHS.

“If you can come out of the last few years relatively intact, as we have, then that’ll only make you stronger”, Mo adds. “I’m so glad that we carried everything on as I’m so proud of what we’ve achieved on this record.”

Daily Star Online’s Rory McKeown caught up with Mo and Jack to find out more about the creation of The Hope List and the journey they took.

Hi guys. It’s been a strange year, hasn’t it? How would you sum it up for Lonely the Brave?

Gavin “Mo” Edgeley: “It sure has. It’s been incredibly difficult for us as I know it has for most other bands and people alike.

“I feel incredibly fortunate that we managed to get the record as finished as we did, considering what happened next. If we’d not kept going then I’m pretty sure we’d not have finished the album yet.”

Describe the journey towards your third album The Hope List. There have been a number of challenges that you’ve overcome. Would you say the band is stronger for it?

Mo: “If you can come out of the last few years relatively intact, as we have, then that’ll only make you stronger. I’m so glad that we carried everything on as I’m so proud of what we’ve achieved on this record.”

The album’s name is incredibly poignant for our times. Jack, you’re quoted as saying that the underlying message is that “things are going to be alright, there’s always hope”. How important was it for the band to relay this through your output? And is it the ultimate goal for your fans and listeners to resonate with the songwriting and themes tackled?

Jack Bennett: “Well personally, I think it’s important to keep optimistic, even if it’s through assessing your problems versus someone else’s. I always find it’s much harder to feel sad about your own situation, when you’re pushing others to feel positive about theirs!

“And for me personally there’s next to zero pressure on anyone listening to take anything lyrical to heart. I don’t think it’s my job to make them understand my position or opinion, any more than I understand how anyone else feels. I can only write about things I care about firmly, and if I’m lucky, people might be able to take something from the songs – whatever it is they want!"

Onto the album itself. It retains the band's huge alternative rock sensibilities but definitely marks the launch of an energised Lonely The Brave 2.0. What was it like seeing the new songs blossom from initial ideas to their final form?

Mo: “It took a while for us to figure out where we we’re heading with this record. It’s a strange one but it’s almost like when you persevere so much with something then it takes on a life of its own.

“That’s not taking away anything from the other guys but the songs feel really organic to me. Like they just took a little time to grow into what they are. Jack was instrumental in that.”

Its recording process saw the band travel between Cambridge and Bristol to Jack’s home studio in West Yorkshire. How did the process this time compare to The Day’s War and Things Will Matter? Did you take anything you’d learned from your previous efforts onto The Hope List?

Mo: “It was lovely being able to get away to a different location to write, for a start. And to be welcomed into Jack’s home with his family was great too. It was the greatest process I personally could have hoped for. We didn’t rush, and we didn’t have anybody looking over our shoulders at all.”

Jack, you’re also quoted as saying “there’s a song on here that’s the darkest I’ve ever written”. As a songwriter, how do you get into the mindset of tackling difficult and darker subjects? Do you think it also helps you personally when the words flow out from pen to paper?

Jack: “I don’t remember which song I might have been talking about there, but that doesn’t surprise me to hear I’ve exaggerated something. I definitely think there’s nothing I won’t tackle in lyrics now, especially when you can just wrap things in metaphors – so the intention is always evident, but not always perceived in the exact theme I’m talking about.

“In terms of mindset, I’m usually happy all the time, thanks to an incredible family, and the opportunities from that. But I often moan about very small things, and bury them in songs. The bigger problems in life are so vast to tackle in a verse/chorus song, that I often keep to small and meaningful annoyances – things that most people will go through, so it’s sort of unintentional if people relate – that’s a bonus really. I’d just personally rather hear about specifics, than an attempt at something broader.. and therefore, sometimes more diluted! Ha.”

Is there a song on the album you’re all particularly proud of?

Mo: “There’s a lot of them! But special mention must go to The Harrow. I think that song in particular will blow a lot of people away. It’s the heaviest song we’ve ever written. I love it.”

You’re famed for your huge live shows. With live venues closing due to the pandemic, how eager are you to get back out on the road?

Mo: “Man, I’m absolutely buzzing to get back out there. You don’t realise how much you miss something until it’s gone. I’ll never take playing live for granted again.”

Retaining the message of hope and from a personal and band level, what would you like to see happen in 2021 and beyond?

Mo: “I’m taking all of this one step at a time. That fact that we still have a new record coming out after the year we’ve all had is a miracle. Hopefully 2021 will be a good one for everyone.”