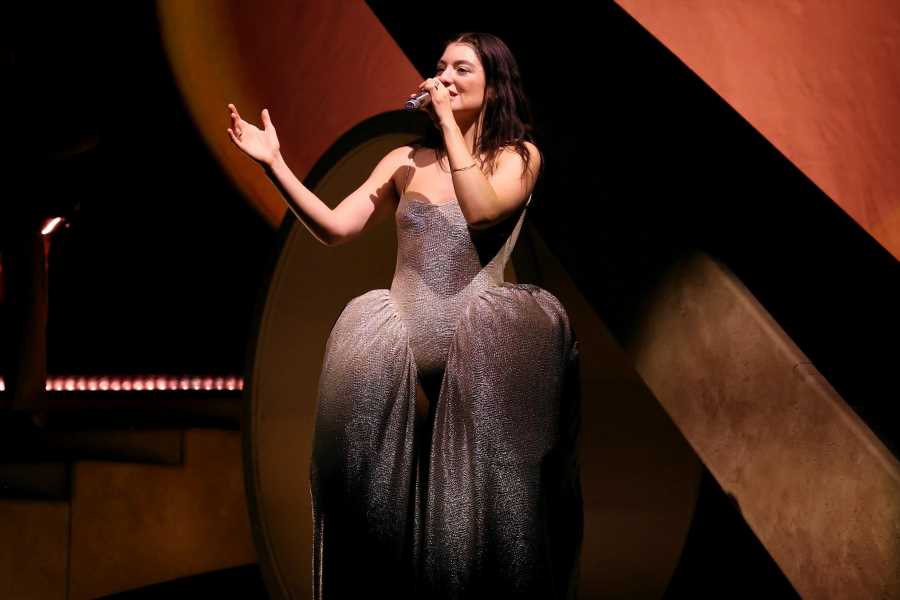 Lorde is the latest female celebrity to speak out this week against the potential repeal of Roe v. Wade. Video posted to social media revealed the 25-year-old singer delivered a lengthy speech during a performance at Los Angeles’ Shrine Auditorium to share her thoughts on the possible loss of abortion rights in America.

“Like so many of you, I’ve been sickened and heartbroken this week by the news that there are some people who think that our bodies are not our own,” she said before launching into a rendition of the Melodrama track “Hard Feelings.”. “And I still don’t have the words to talk about this with you. It’s so big and so heavy. I think it’s OK to freeze for a little bit, you know, and then you re-engage. But, what I’m trying to say is I have some big, heavy shit that I am working through that I am feeling.” (Abortion was decriminalized in Lorde’s native New Zealand in March 2020.)

Louisiana Moves to Charge Women Who Get Abortions With Murder

Olivia Rodrigo on Abortion Rights: 'Our Bodies Should Never Be in the Hands of Politicians'

The Beatles in India: 16 Things You Didn't Know

Before discussing abortion rights, Lorde also shared her experience living during the pandemic, suggesting the isolation forced her to confront certain aspects of her life. “Part of what I found quite difficult in the last couple of years was when there’s no live music, no parties, no dancing, it’s very hard to access those big emotions that need to come up,” she explained. “You know every once in a while, you’re like, ‘There’s something big that I need to bring up and either keep or throw away.’”

The “Solar Power” singer’s comments follow numerous statements this week from fellow musicians, politicians, actors and other celebrities in support of Roe v. Wade. Speaking Wednesday during a tour stop in Washington D.C., Olivia Rodrigo said she was “heartbroken” by the situation. “Our bodies should never be in the hands of politicians,” she said. “I hope we can raise our voices to protect our right to have a safe abortion, which is a right that so many people before us have worked so hard to get. So important.” Phoebe Bridgers shared her experience with abortion in a social media post, noting she sought out the procedure last year while on tour. “I went to Planned Parenthood, where they gave me the abortion pill,” she wrote. “It was easy. Everyone deserves that kind of access.” Writer and actress Lena Dunham, model Bella Hadid and actress Olivia Munn have also vocalized their support of abortion rights in recent days.

Lorde is currently in the middle of an expansive world tour in support of her 2021 album Solar Power. After finishing a run of shows in California this week, the singer will head to Europe for a string of summer performances, eventually returning to the U.S. for a handful of performances before traveling to South America, Australia and New Zealand.