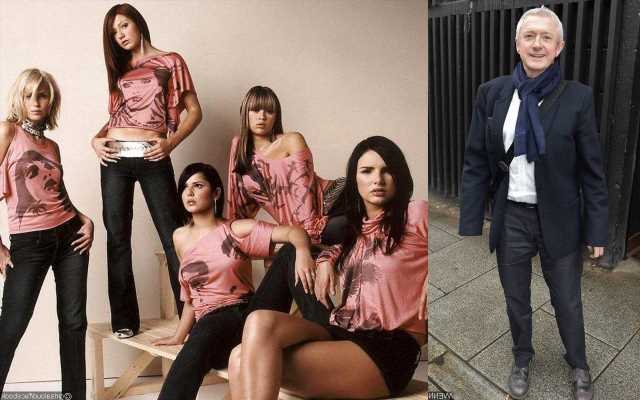 In a new interview, Louis, who was also a judge on ‘The X Factor’, also claims that TV talent shows will never again be as popular or as honest due to ‘woke’ culture.

AceShowbiz –Louis Walsh claimed he “never wanted” Girls Aloud. Despite creating the girl group on “Popstars: The Rivals”, the talent show veteran confessed that he feels female groups are plagued by tension, obsession with their bodies, in-fighting and a desire to become footballers’ wives and girlfriends.

In an apparent dig at Cheryl Cole, who married footballer Ashley Cole, the 69-year-old ranted, “I thought I was going to get a boy band – I was convinced. And they gave me the girls. I didn’t want them. Girls don’t like each other in bands, it’s very simple. They all want to be the lead girl.”

“They all want to go out with the footballer. They all want to be the skinniest,” he continued ranting. “Just look at the Sugababes, any line-up they had, and they were brilliant. So I had these five girls in Girls Aloud and we thankfully found this great song, ‘Sound of the Underground’.”

Louis, who was also a judge on “The X Factor“, saw hundreds of wannabe pop singers win places in girl and boy bands on ITV’s “Popstars: The Rivals”, which also featured DJ Dr Fox, former Spice Girls Geri Halliwell and Pete Waterman on the judging panel.

On the “White Wine – Question Time” podcast, Louis, who has managed Westlife and Boyzone, added, “I didn’t want to be on TV, I was happy managing bands. I was making good money as a ¬ manager.”

Despite the success of shows such as “Pop Stars” and “X Factor”, Louis added TV talent shows will never again be as popular or as honest due to “woke” culture. He added, “The shows are never going to be as good as that again. It was real, it was funny, it was everything.”

“Everything is too woke and too perfect now. Everyone is afraid to have an opinion. I couldn’t do it because I don’t have a great filter, I like to say it as I see it,” he further pointed out. “You know the people at home are thinking the very same thing as you.”

“It’s boring now – everyone is wonderful and you’re going to be a star and all that,” he added. “I mean, they’re not going to be a star, you know? I think people have to be honest. I like to say it like it is. People either have it or they haven’t got it.”