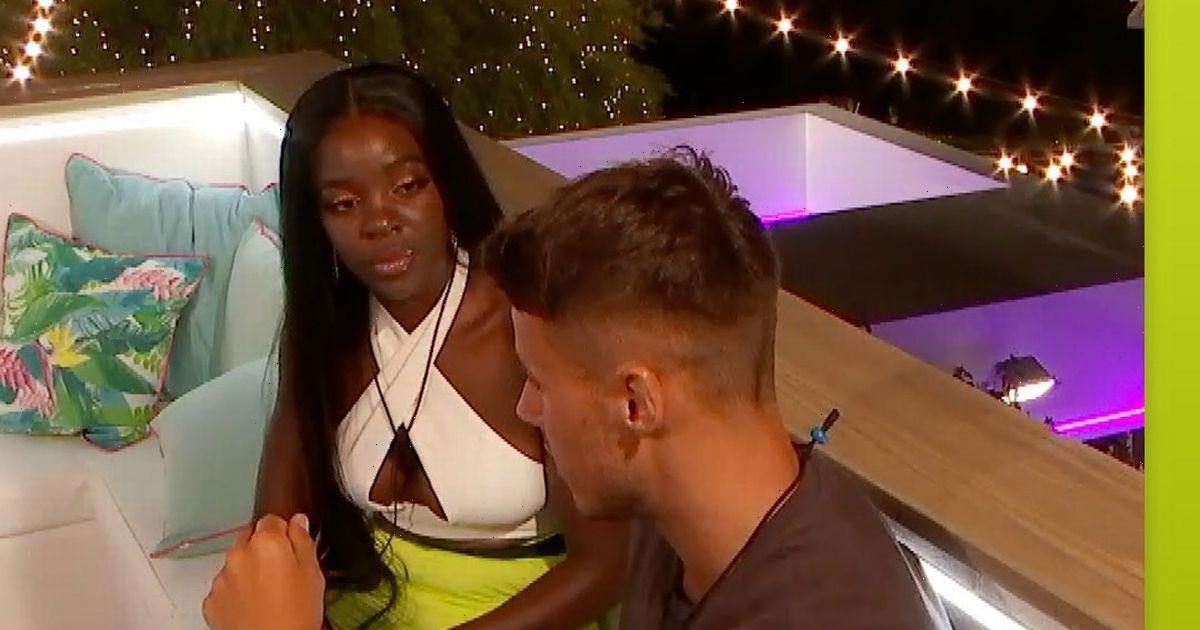 Love Island fans had a sneak peek at a potential new romance last night as viewers noticed Brad McClelland and Kaz Kamwi having a private chat on the roof terrace.

The camera panned to the pair as Chloe Burrows shouted that she had a text and they realised they needed to go downstairs – but their conversation was unheard.

The Love Island Twitter account immediately dropped a picture of the two together and wrote: "Just leaving this here…"

Fans quickly flocked to Twitter to share their thoughts, and while many thought there could be something blooming, it looks like it could be written in the stars… Kegel8 shared their thoughts on the compatibility of some islanders, and after fans went wild for the pairing, Daily Star Online quizzed them on Brad and Kaz.

Researchers within the team looked to the stars to figure out whether Brad and Kaz would make a good match – and it seems they would.

A spokesperson said: "If Gemini Brad and Scorpio Kaz were to team up in the villa, their relationship will certainly never be dull.

"The two together could be a forced to be reckoned with if they combine as a unit, however they will need to learn to accept one another’s differences.

"While Gemini’s are adaptable, intellectual, chatty and take things lightly, Scorpio’s tend to be jealous, secretive, intense and determined."

They added: "In a villa full of sexy singletons, Kaz could find Brad’s flirtatious nature grating, which could lead to arguments if things get too tense.

"Although, Brad’s excellent communicative abilities, plus the fact he won’t fake a commitment to someone he’s not interested in could be just what Kaz needs to reassure her. Their union could be a slow burner and one to watch as the series goes on."

From the looks of things, the public agrees, with one user tweeting: "Sharon and Aaron and Brad and Kaz are two couples I could be here for."

Another wrote: "All I care about is Kaz and Brad in this episode."

A third person chirped: "So Kaz and Brad are going to be having cosy time…"

However, with last night's episode focusing on Chloe making her choice, viewers were left raging when they didn't find out what Brad and Kaz were talking about.

Could their romance be blossoming? Only time will tell.