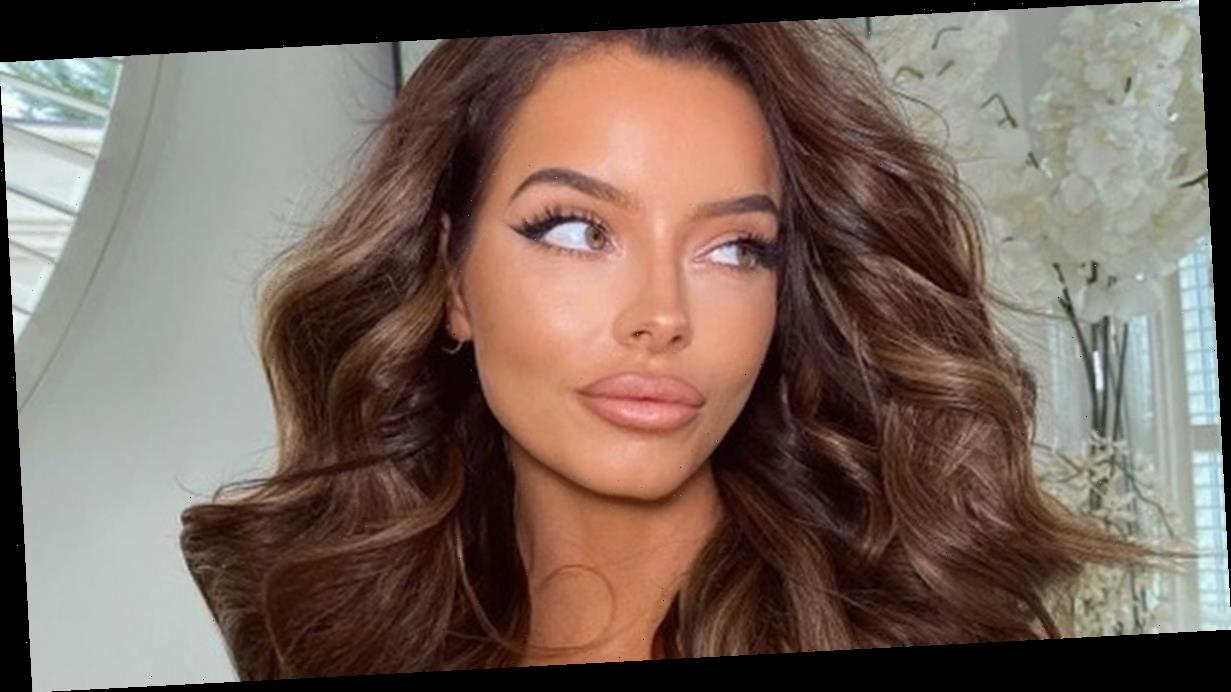 Love Island’s Maura Higgins and Chris Taylor shared a hilarious post on Instagram on Thursday night, after Maura stripped naked in the hope of inviting boyfriend Chris to get in the bath with her.

The couple, who regularly film and document themselves in hysterical scenarios, took to the social platform to share their latest gag.

Reality star Chris, 28, thought he was in for a wildly romantic evening when he received a seductive message from Maura, 30, that read: “Your girlfriend is looking very sexy in the bath if you wanna join her…”

However, Chris was left quite disheartened when he was faced with Maura, who was wearing her hair up in a bath hat, while accompanying the look with a face mask and exfoliating gloves on her hands.

Not quite the sexy look that Chris first imagined.

The Love Island star then shared the hilarious bath pic of Maura to his 1.1million followers on his Instagram stories, he also posted Maura’s seductive message for his fans to see.

He captioned the photo: “The Outcome.”

She then followed the caption with laughing emojis.

Maura and Chris’ relationship seems to be going from strength to strength.

After teasing their fans for ages, the couple finally announced that they made their romance official in November 2020.

The couple sent their fans into a frenzy when Maura publicised that she and Chris were now officially an item.

The reality babe shared an adorable pic of herself and Chris while they were in Dubai, as she captioned the post: “He’s mine.”

Chris followed suit and wrote on his Instagram: “Turns out I fell in love with my best mate.”

Maura and Chris first met while filming on Love Island in 2019, and although the couple never officially partnered up on the show, they remained friends when the programme finalised.

Talking about her romance with Chris to The Sun on Sunday in January, Maura said: “We’re very much in love and we use the L-word a lot. I look into the future and see myself with a family.

“I don’t want a baby any time soon, but when I’m ready and settled."

She added: "I want to be married before I have a baby, so Chris better hurry up and give me that engagement ring, because I’m not getting any younger.”

Meanwhile, more singletons will have a chance of finding romance as it's reported that Love Island is scheduled to launch in July this year – but the winter version has currently been shelved.