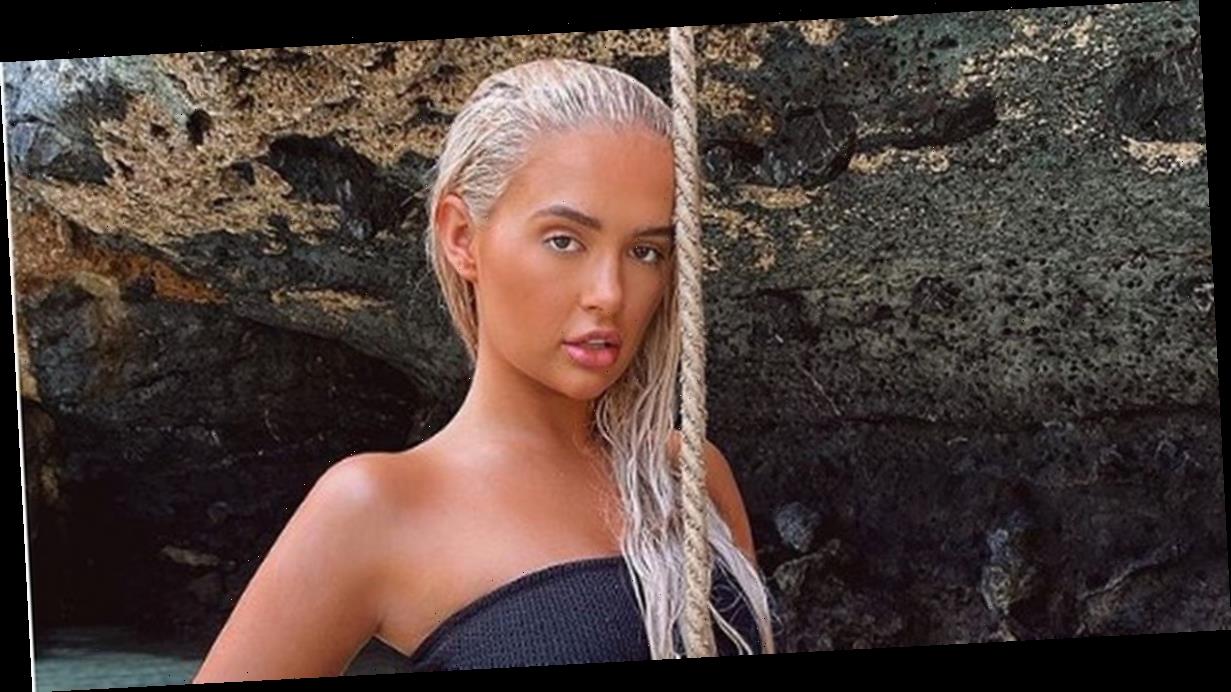 Love Island 's Molly-Mae Hague seems to be on the up and up after she found fame on Love Island last year.

The blonde bombshell influencer, who is still with Love Island beau Tommy Fury, has bagged a fashion ambassador deal with online retail giant, PrettyLittleThing, and launched her own fake tan brand, No Filter.

And when she's not flogging her sought after products on Instagram, Molly, 20, is leading the jet-setter lifestyle, heading off to a variety of far-flung destinations.

The gorgeous gal is currently holidaying in Thailand with her gal pals, and she has been giving her fans an insight into her luxury vacay, by posting a number of snaps on her Instagram page.

Posing up a storm in front of a waterfall, Molly-Mae looked like the ultimate pin-up, as she smouldered down-the-lens.

She held a rope, as she pouted up a storm at the camera.

Molly left her makeup au naturale for the photo, and left her hair in mermaid waves, which cascaded past her chest.

The sexy siren rocked a bandeau black swimsuit for the photo, which featured extremely high-cut bottoms, which she racily tugged at for the shot.

Fans flocked to shower praise on the jaw-dropping photo.

While another continued: "Queen."

A third remarked: "You're so pretty."

Molly-Mae and boyfriend Tommy, 20, have not long got back from Las Vegas, after they flew out there to support Tommy's brother Tyson in his big match against Deontay Wilder.

It was rumoured that Tommy was going to propose to Molly following Tyson's fight, but he hasn't put a ring on it just yet.

A source previously told The Sun: 'Tommy's serious about Molly and thinks proposing in Vegas surrounded by family will be the perfect time.

'He's of the mind only to do it in Vegas if his brother Tyson wins his fight against Deontay Wilder tonight. He thinks it would be the perfect way to end the perfect day.'