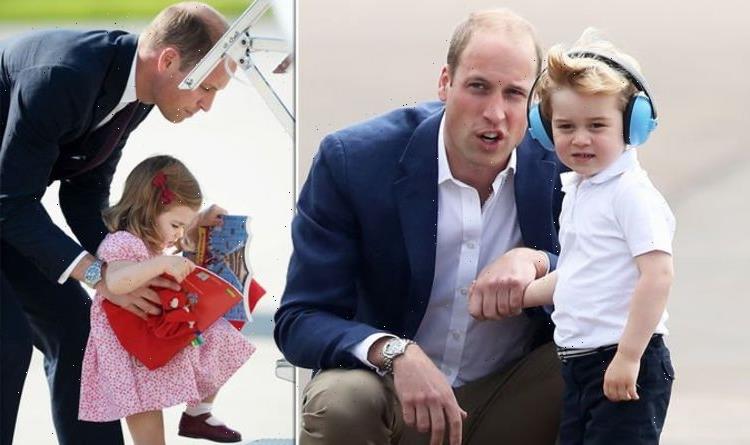 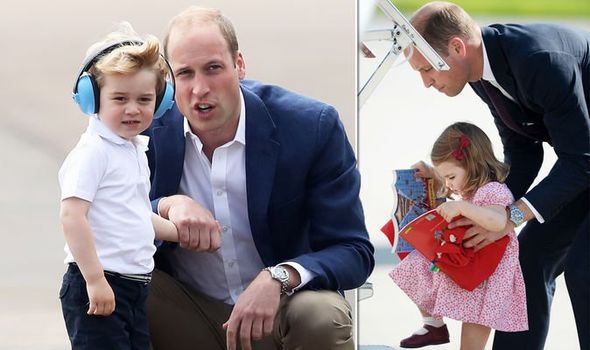 Praise has been lavished on the royal father for his parenting skills after two touching photos when viral.

They showed the Prince in Germany a number of years ago helping his small children onto a private jet.

The Duke can be seen lifting his daughter Charlotte into the plane.

He helps both children up the stairs, holding their hands in another image.

One fan posted the images, and wrote: “Care in the form of love.”

It prompted a number of fans to post their own praise. “A beautiful, loving family,” one wrote.

Another said: “William is a natural at being a father.”

“Such a good Dad,” one wrote. “The children are precious, bigger now but always precious.”

“How sweet is that,” one wrote, while another said, “Protective with his children!”

“That’s a beautiful loving and caring man. He is iconic,” one wrote.

Prince William and Kate Middleton have been praised for their parenting, taking a modern approach.

For example, the pair have chosen local London nursery schools and schools for their children.

At school, their children are not referred to by their titles.

Traditionally royal children were educated at home and were latterly sent to expensive public schools, where they would board away from home.

The two have been relatively open about discussing parenting. Kate has spoken about limiting screen time for children and even decorated their nurseries with Ikea furniture.

He said: “Kate and William have always shown an interest in mental health and wellbeing, and their honesty in talking about their own struggles is refreshing and, in some way, unheard of for the Royal Family.

“Kate never shies away from talking about uncomfortable topics and her parenting style reflects this.

“[She makes] sure she is as open and honest with her family as possible.

“While it is important not to overwhelm children, instilling clear communication from a young age will help them feel confident and independent enough to make their own decisions.”