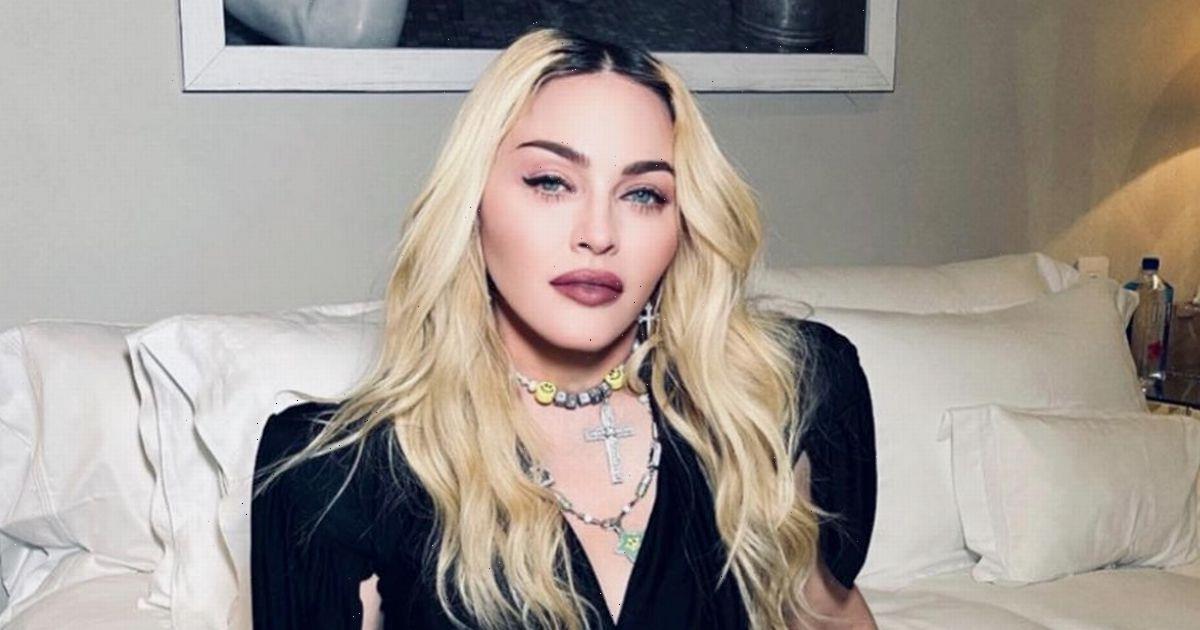 Madonna has wowed fans with age-defying snaps on her social media, posing on the bed clad in a floral satin skirt.

She captioned the stunning pics with "Last night we played games…." with a series of card emojis.

The star showed off her ageless good looks, as the 63-year-old teamed the skirt with a black top and plenty of jewellery, and fans were admiring her smooth skin and beautiful make-up.

However, many were shocked that in one of the party games, someone wrote the name of Madonna's ex-husband on a post-it note and stuck it to the star's head for her to guess.

Madonna posed for the snap with the sticky label saying "Sean Penn", who she divorced 32 years ago.

The game involved asking yes or no questions to try and figure out the name of the person on the note.

"Sean Penn! I love it!" joked another.

"I bet someone said 'tip, EX husband!' laughed one.

Others were too busy focusing on her good looks to notice.

"I'm so in love!" raved one, while another added: "You look stunning!"

The other party guests had names including Donatella Versace and Martin Luther King written on their sticky notes.

Ex-husband Sean talked about Madonna on The Late Show with Stephen Colbert back in 2018. Asked who he preferred out of Britney Spears and Madonna he said: "Ah, I love my first wife very much. There's no [comparison]… you don't compare those things."

At a charity fundraiser, US magazine reported Madonna told Sean: "I'm still in love with you. Yes. In fact, I think I love you more now that we're divorced."

She offered to remarry him if he donated hundreds of thousands of dollars to her charity.

Some fans are hopeful for a reunion after seeing this post.

Madonna is gearing up for her new documentary, Madame X, that comes out on October 8.

It features behind the scenes footage of her Madame X world tour.