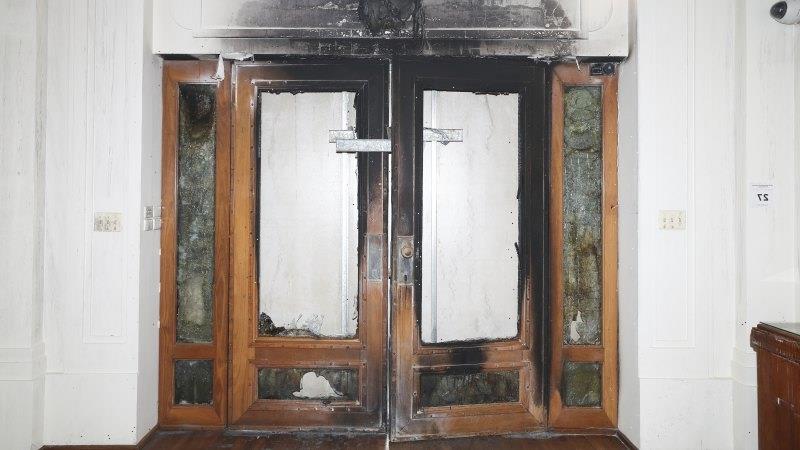 Police have charged a man with arson in relation to the fire that damaged the century-old entrance to Old Parliament House, while another four people associated with the protests have been arrested.

The doors and portico of the historic building, which houses the Museum of Australian Democracy, were damaged in a fire on Thursday during a protest linked to sovereign citizen and anti-vaccination figures. 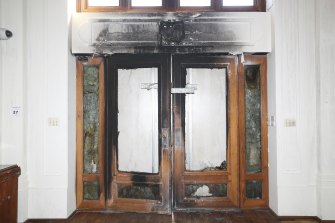 Old Parliament House’s front doors, which date from 1927, were damaged in a fire and protest last week.Credit:Alex Ellinghausen

On Sunday, police arrested a 30-year-old Victorian man and charged him with arson and damaging Commonwealth property. He is expected to face court on Tuesday.

Another three people were arrested on Saturday. Two of them were charged with assaulting frontline service providers and the third with hindering an ACT official. They appeared in the ACT Magistrates Court on Sunday.

Footage posted on social media on Monday showed another man being arrested for trespass after he tried to put a shovel-load of smoking coals onto a fire site in front of Old Parliament House.

Old Parliament House is expected to be closed for weeks while the clean-up and repair work is done. 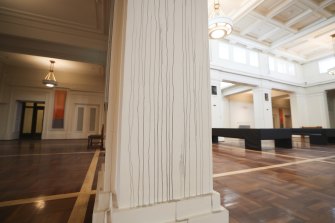 The front foyer has sustained water damage, with wooden floors buckled and the walls and roof still lightly covered in soot. The doors, which date from 1927, are charred on the outside and the glass panes in them are broken.

There is also water damage to the lower floor of the building after the sprinkler system in the front foyer flooded downstairs, and the central King George’s Hall and two parliamentary chambers need cleaning from a light coating of soot.

Protesters have been occupying the steps and forecourt of Old Parliament House each morning since mid-December. They had been given permission to hold “smoking ceremonies” in the car park in front of the building, but not on the steps or next to the doors.

Those involved include well-known influencers from the “freedom movement” who oppose vaccine mandates and lockdowns, as well as people claiming to be sovereign citizens who believe federal and state governments are invalid. Many have posted footage of the fire and days of protests online.

However, the Aboriginal Tent Embassy and traditional Ngambri-Ngunnawal owners from the Canberra region have distanced themselves from the protests, saying the smoking ceremonies were done without their knowledge or consent.

ACT and federal police are working jointly to identify people responsible for the fire and damage to Old Parliament House.