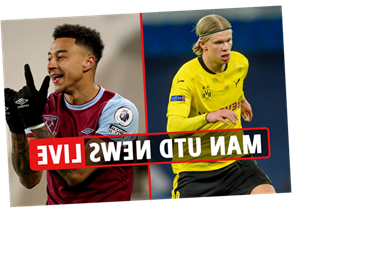 MANCHESTER UNITED reportedly have £150m to spend this summer on Erling Haaland.

Meanwhile, Borussia Dortmund have admitted that they are willing to sell injured Jadon Sancho for the right price this summer too.

Stay up to date with our blog, below, for all the latest from Old Trafford…