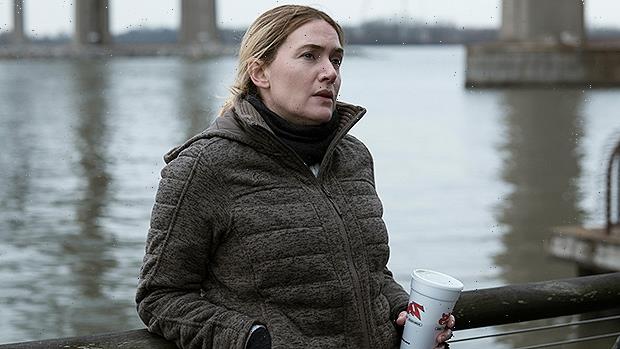 The final moments of the May 16 episode of ‘Mare of Easttown’ were game-changing. The show’s creator spoke EXCLUSIVELY with HL about killing off [Spoiler] and what that death means for Mare.

Episode 5 felt like a season finale, but Mare of Easttown still has 2 more episodes. You had to hold your breath in the final minutes of the May 16 episode as Mare and Zabel finally tracked down a substantial lead. When the duo arrived at Bennie’s Tavern to investigate a blue van, guns were drawn and a man named Mr. Potts shot and killed Zabel by shooting him right in the head. HollywoodLife catted EXCLUSIVELY with creator, writer, showrunner, and executive producer Brad Ingelsby about the decision to kill Evan Peters’ character Zabel.

“It felt like at that point in the show, we needed a bold move,” Brad told HollywoodLife. “I thought that we needed to kind of U-turn in a way that gave the last two episodes a life of their own. Where it’s like, okay, we’ve crossed off the Katie Bailey case now. We know what happened to Katie, but we still don’t know what happened to Erin. I wanted to leave those last two episodes where it was like, wow, now we’re kind of having to go back and start again and look at all those early suspects in a new light and read the statements. Who was lying? Who wasn’t lying? It almost was a moment to hit the reset button and give the audience two more episodes where it’s like, wow, we still don’t know what happened to Erin. There’s a lot less there that we have to play with, so I was just thinking if we could end on a great sequence and still have the audience thinking that was the ending of the show, but we still have two more episodes left, it would be an exciting way to get them through the last two episodes.” 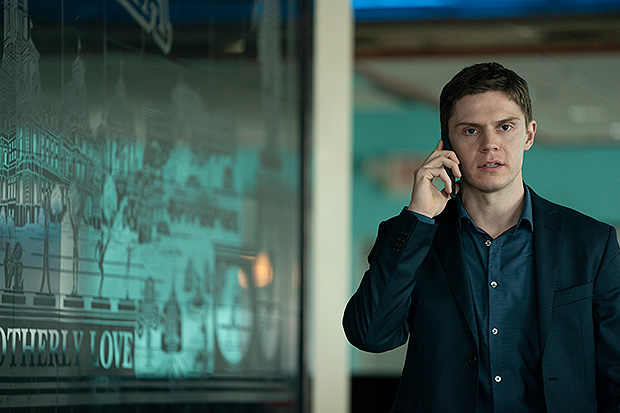 Mare was shot in the hand during the shootout that killed Zabel, but she will survive. The shootout started when Katie Bailey and the other victim began banging on the pipes. Zabel pulled his gun out, but Mr. Potts got him first. Mare was forced to run around the house to avoid getting killed. The episode ended with Mare watching a dead Zabel bleeding out in front of her eyes after she killed Mr. Potts and saved Katie Bailey. Brad revealed how Zabel’s death will impact Mare moving forward.

“I think what Kate and I talked about, and what Kate was really drawn to, is there’s a moment of clarity with Mare,” he continued. “It’s a moment of comeuppance, right? Like, Mare, you can’t do this. You can’t just be so cavalier about everything because look what happened. You weren’t even supposed to be on the case, and you went and pursued these leads without any authority, and look what happened. You saved Katie, but look what happened to Zabel? I think there’s a level of clarity with Mare. The Mare moving ahead is never going to be completely by the book, but there’s a level of awareness in her in the last two episodes where she’s more aware of her actions, how her actions have consequences, and how those consequences can hurt people. I think it’s a moment that she carries ahead with her. It’s like, okay, I can’t do this anymore. I can still be a good detective, but I can’t be so cavalier about things because look what’s happened. It’s almost like when Mare comes back to the case, it’s a new Mare, who has been educated by Zabel, and by these things that have happened to her. It’s going to be an even better version of Mare. She’s going to be aware of consequences, and she’s also going to be stronger in her resolve to get the answers.” 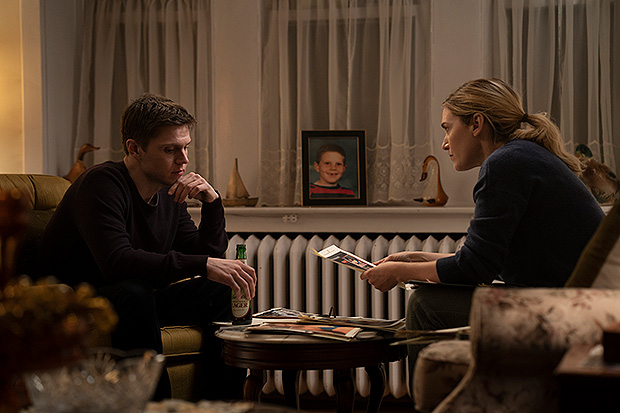 Earlier in the episode, Zabel took Mare out on a date, but it didn’t go well. All she wanted to talk about was the case. Later, she apologized for how she treated him. He ended up confessing he didn’t actually solve that previous case. Zabel said he took credit because he “just wanted to do something great for once in my life.” Before they head out to investigate their lead, Zabel kissed Mare.

Since the Katie Bailey case is closed, that means Erin’s murder is the only thing left to be solved. Dylan, Jess, and another friend went to Erin’s place to burn her journals. However, before burning the last one, Jess stuck a piece of paper in her pocket. Brad revealed that the last 2 episodes will feature Mare going back to the “usual suspects,” including Dylan. “It’s sort of like, if Mare’s coming back to the case with a new resolve, she’s also going to go back to those usual suspects with the same resolve,” Brad said. “I think what you’ll see is that what people were saying early wasn’t necessarily the truth. I’ll just leave it at that.” Mare of Easttown airs Sundays on HBO.