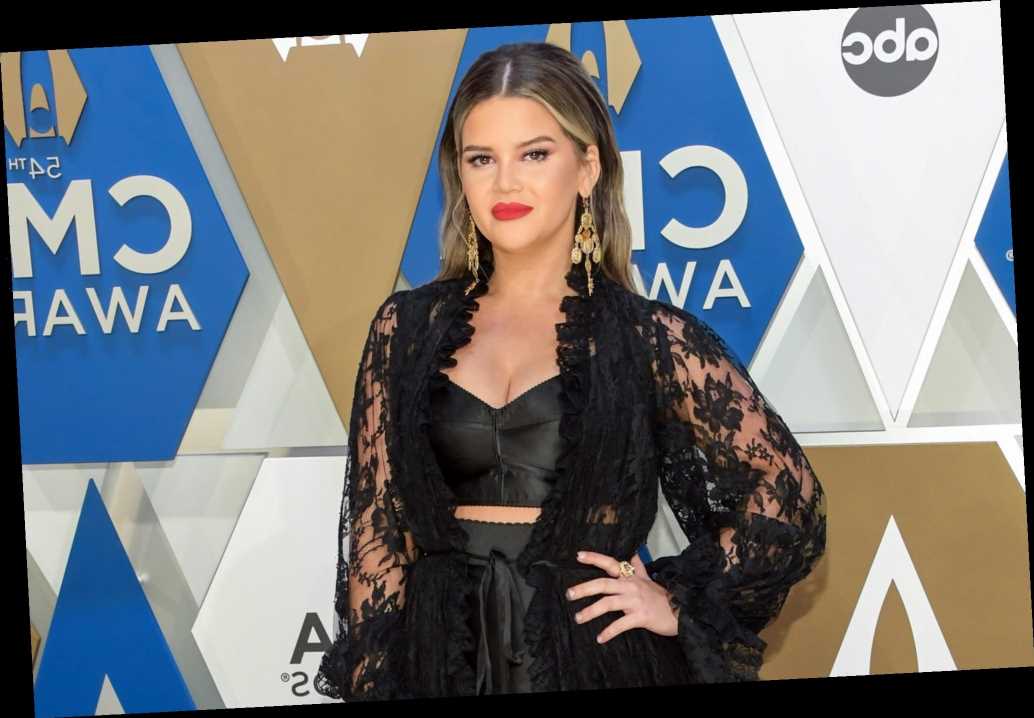 Maren Morris is disturbed by the shocking images of the attempted coup at the U.S. Capitol last week.

In a series of tweets — and replies with fellow country star Mickey Guyton — on Wednesday, the singer expressed her discontent regarding the violent actions in Washington, D.C. Both Morris, 30, and Guyton, 37, also expressed their anger over some fellow country singers' wives following the attacks.

"Today is gonna be hard to shake. Something my WW2 fighting Paw-Paw never told me about, something my parents never had to go through… thinking about how I will tell my son about this one day," Morris tweeted, referring to her 9-month-old baby Hayes Andrew.

"I am completely disgusted. Are these boys still backing the blue? Asking for a friend," added Guyton in a tweet, referring to the insurrectionists and supporters of President Donald Trump who stormed the Capitol.

Morris then replied, "And how do some singer's [sic] wives conveniently not know the difference between marching for racial injustice and Nazis breaching our Capitol because their guy didn't win? 🙄"

"I know exactly who you're talking about," replied Guyton with a GIF of Megan Thee Stallion.

Morris and Guyton appeared to be referring to Brittany Aldean and Brittney Kelley (wives of Jason Aldean and Brian Kelley of Florida Georgia Line, respectively), who've expressed their support for Trump, questioned the Black Lives Matter protests over the summer and criticized the contextualization of Wednesday's riot.

Aldean later complained about being "silenced" after one of her posts — falsely detailing the presence of Antifa during the attempted coup — was deleted on Instagram. (Aldean's post referred to a baseless conspiracy theory.) "It's getting so ridiculous the filters you put on everyone that's against your narrative," she said on her Instagram Story Thursday, adding Sunday, "Everything I say gets blown up and made into a story."

Meanwhile, Kelley adjusted the caption of her Wednesday Instagram post — which originally referenced "patriots" — once it was clear the mob was beginning to riot. She attempted to explain herself on an Instagram story and a later post.

"I know all of my real folks here know where my heart is at and I appreciate the support. And I SEE YOU in the DMs, so many of you, scared to even speak out to say, 'you're praying' or state your opinions for fear of being 'canceled.' I was taught to stand for what you believe is right. Holding the American flag and calling on God for peace is not a way of expressing what 'side' I'm on," Kelley captioned her second post.

"I do not believe in violence, or mobs/cults rioting or storming buildings. I do not believe 'patriots' are the people storming the building. I believe we all should be calling on God to protect our country and our people.No matter what 'side' you're on, we can agree we are all human beings and we are all in it together. Love you all."

Other country artists also expressed their displeasure for the violence at the Capitol incited by the President's speech and social media activity.

"Been staring at this empty tweet box for too long at a loss for words. Figured posting that would say enough in itself," tweeted Cassadee Pope.

"If an artist speaks their mind and you threaten to 'Dixie Chick' them, then you can't say s— about cancel culture," wrote duo Brothers Osborne.