So long, daddy! Mark Consuelos has wrapped his role as Hiram Lodge on Riverdale after four seasons on The CW drama.

Everything to Know About ‘Riverdale’ Season 6

Showrunner Roberto Aguirre-Sacasa confirmed the 50-year-old actor is no longer a series regular after the season 5 finale on Wednesday, October 6.

“So tonight’s episode is Mark’s swan song playing our hunky villain Hiram Lodge on Riverdale after four insane, glorious years,” Aguirre-Sacasa told Deadline. “From the moment Mark joined us, he was up for literally anything, a hundred percent committed to making Archie’s life a living hell. And what’s funny is, Mark couldn’t be more different from Hiram. A classy pro and the sweetest guy, always looking out for everyone. We wish Mark the best and hope this isn’t the last we’ve seen of Hiram Lodge.”

Consuelos’ Hiram has been at odds with daughter Veronica (Camila Mendes) and her on-again, off-again boyfriend Archie Andrews (KJ Apa) since he arrived during season 2. In Wednesday’s episode, the duo chased him out of town after finding evidence that he was guilty of murder. 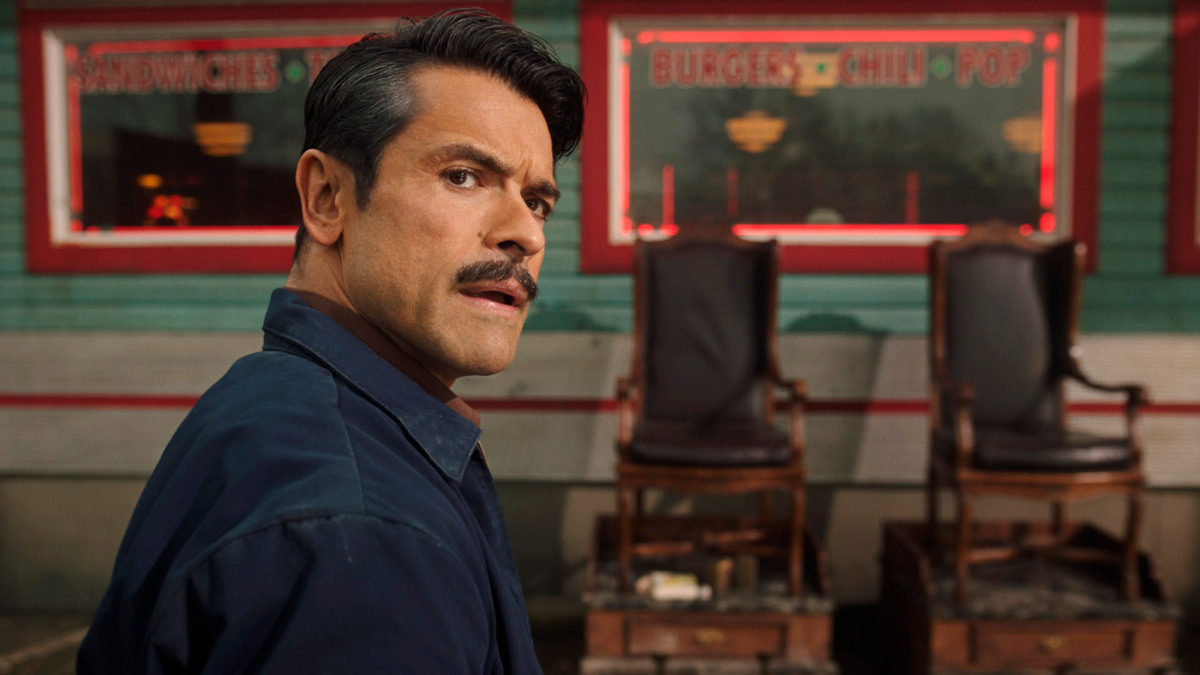 “The other thing we considered was killing Hiram off,” Aguirre-Sacasa told Deadline. “And we had fun imagining the ways that might happen. The two versions of Hiram’s death we were seriously entertaining late into the breaking of the episode were that Archie would take Hiram into the woods … and only Archie would come back, like something out of The Sopranos. And the strong implication (never confirmed) would be that Archie had murdered Hiram and buried his body somewhere in Swedlow Swamp. The other thing we talked about is that Veronica and Archie would take Hiram to one of his construction sites and entomb him in wet cement in the building’s foundation. In the end, though, our love of Mark Consuelos and our hope that he’ll always be a part of Riverdale won out … by a very narrow margin.”

Shocking TV Exits Through the Years

Before he left during the season 5 finale, Hiram managed to plant a bomb under Archie’s bed, which ensures his presence will be felt in season 6.

“That will have a huge, immediate, and lasting impact on our characters and story lines moving into season 6,” Aguirre-Sacasa said. “As we were writing the season finale, it felt like we needed one last parting shot from Hiram, and we joked that earlier this season Hiram blew up his jail, then he blew up the Blossom mines … and don’t these things usually come in threes? What if, after all these years, Hiram was finally like, ‘Screw this, I’m just gonna bomb Archie’s house,’ and then he does exactly. Of course, it happens just as Archie and Betty are finally getting together …”

Whoops! Stars Who Have Spoiled Their Own Projects Over the Years

Consuelos, for his part, thanked the writer for the “incredible opportunity” to star on the series, which also hired his eldest son, Michael, whom he shares with wife Kelly Ripa, to play the younger version of Hiram for several episodes.

“Never before has playing a character that was so bad, felt so good,” he told the outlet. “Huge thanks to the Riverdale fandom, to the brilliant crew and amazing cast, whom I consider dear friends and family.”

Since wrapping his role in Canada, Consuelos has filled in for Ryan Seacrest on Live With Kelly and Ryan in recent weeks.

Riverdale, which also stars Cole Sprouse, Lili Reinhart and Madelaine Petsch, returns to The CW for season 6 on Tuesday, November 16.