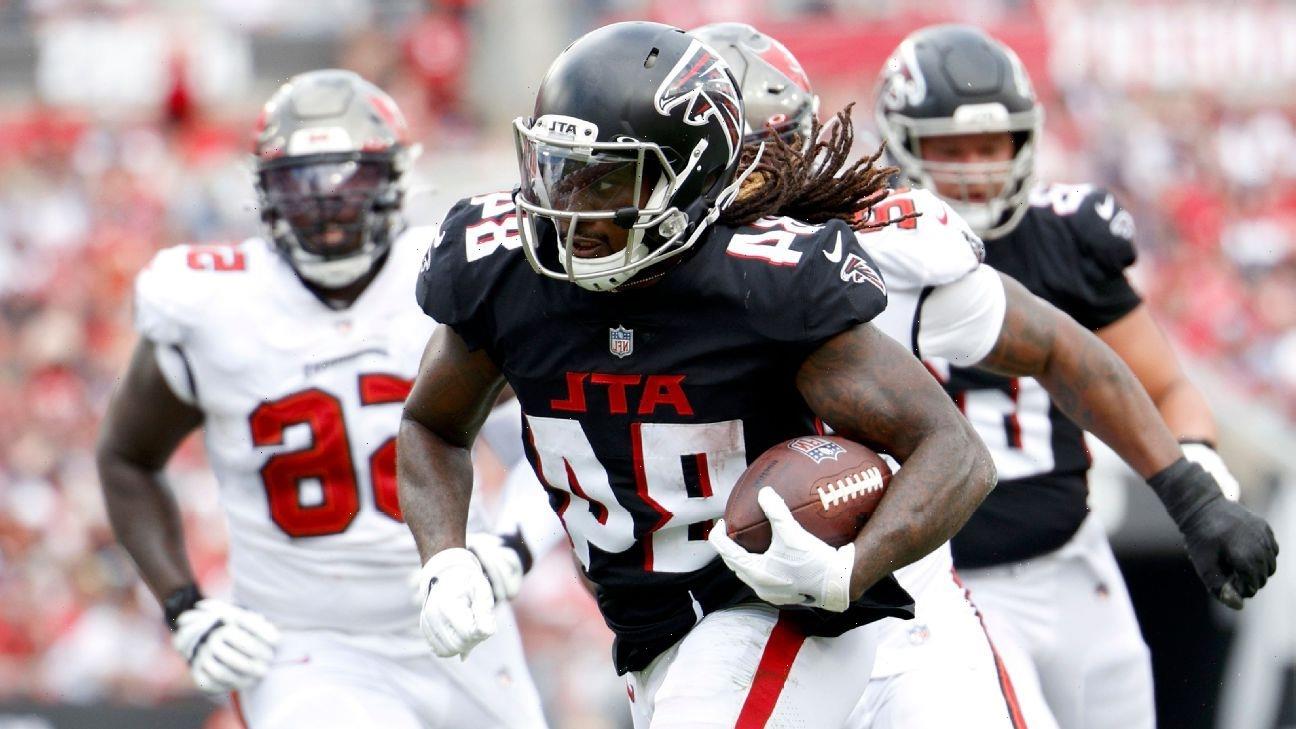 Andrew “Andy” Mousalimas died last year at the age of 95. I never got the honor of meeting the man, but I wish I had. I would have just shook his hand — probably for way too long, candidly — and just said “thank you.”

Thank you for fighting for my freedom.

Thank you for your incredible bravery, fighting Nazis behind enemy lines.

Oh, and thank you for fantasy football.

Born to Greek immigrants on Dec. 6, 1924, Andy Mousalimas was a 17-year-old senior in high school when the Japanese attacked Pearl Harbor just one day after his birthday. One year later, at 18, Andy volunteered for the Army.

Andy soon found himself a member of the Office of Strategic Services (OSS). It’s basically what is known as the CIA these days, but during World War II, the OSS was designed to coordinate espionage behind enemy lines for all branches of our Armed Forces. As part of that mission, the Army was looking to form elite commandos of soldiers fluent in Italian, Greek, French and German, among others. Soldiers in these Operational Groups, as they were called, would be highly trained in special operations. They would possess the ability to train and coordinate guerrilla operations, conduct acts of direct sabotage, rescue downed pilots and collect intelligence, all on the ground, behind enemy lines.

It was incredibly dangerous. Mousalimas was quoted in the San Francisco Chronicle as saying “The recruiting officer said 97% of you will probably not return.” But Andy spoke fluent Greek. And so, barely 18 years old, he volunteered for it.

Andy’s Operational Group secretly parachuted behind enemy lines in Nazi-occupied Greece (and later Yugoslavia). Their mission? Blend in with the Greek resistance and blow up the Nazis’ transportation network. The group ran ambushes, blew up rail lines and, in one particular mission, demolished a bridge used by Nazi troop trains in the mountains of Macedonia.

The Operational Group that Mousalimas belonged to performed some of the bravest acts of the war, according to OSS Commander General William Donovan. “They comprised only 5% of the OSS but 20% of casualties.”

I spoke with Andy’s son, James Mousalimas, who told me Andy and his fellow soldiers each carried a cyanide pill with them at all times in case they were captured. Hitler had personally ordered that if anyone on these commando units was captured, they were to be questioned without mercy and then executed.

The U.S. Army Special Forces honored Andy Mousalimas in 2009, adding to many awards he’d already received for his heroism; the Purple Heart and the Congressional Gold Medal among them. There isn’t much Democrats and Republicans agree on these days, but they can agree that Andy Mousalimas is a hero. Both Nancy Pelosi and Mitch McConnell spoke at the ceremony. The citation that went with the Congressional Gold Medal awarded to the OSS says, in part, that Mousalimas and his fellow soldiers’ work “resulted in some of the bravest acts of war and forever changed the course of history.”

And yet, no one ever talked about it. That was partly because Andy never wanted to talk about it. The activities of the OSS were not declassified until 45 years after their last mission and Mousalimas, a man of intense principle, never spoke of it until that happened. Even his own family didn’t know until the declassification happened. But even when he was legally allowed to talk about, it was many more years before he would talk about it at any length.

When asked about war years later, he would reluctantly talk but with one rule. “Don’t glamorize it.” He didn’t want tales of wartime heroics to sound like a cool action movie. “War isn’t glamorous.”

James Mousalimas told me his father, “Was very proud of his service but he didn’t want to glorify war. He’s experienced it firsthand. He has great respect for all his fellow veterans because he knows what they’ve been through.”

The other reason it didn’t get talked about is because, as James told me, “What he did in the war was incredible, but when people find out about his role in fantasy football, that’s all they want to talk about. It’s pretty funny.”

Much has been written about the invention of fantasy football and, in fact, I did an episode of Peyton’s Places where Peyton and I went to the hotel in New York City where it was invented. I recommend you watch the episode (ESPN+) when you get a chance, but the short version is that fantasy football was invented in the winter of 1962 by Wilfred “Bill” Winkenbach, “Wink” to his friends. Wink was a part-owner of the Oakland Raiders, then in the AFL, and he was in New York for a game against the New York Titans (now the Jets). The Raiders were 0-7 at the time and Wink wondered if there was a way to collect his own players to root for when his actual team was out of it. Along with Scotty Stirling (yes, that Scotty Stirling), the Raiders beat writer from the Oakland Tribune, and George Ross, a Tribune sports editor, they hammered out the rules.

They invited some friends, including a young Ron Wolf (yes, that Ron Wolf), and in August 1963, the very first fantasy football draft ever was held. It was called the GOPPPL — the Greater Oakland Professional Pigskin Prognosticators League — and the draft was held at Wink’s house.

And with the very first pick in the history of fantasy football was a good friend of Scotty Stirling’s, a WWII vet named Andrew Mousalimas, owner of a popular local bar and restaurant called the Lamp Post.

There were no cheat sheets and no rankings. The game had never been played before, so everyone just drafted off memory or whatever little NFL research they could cull together.

So with the first pick ever, Mousalimas made history twice.

He was the first person to draft a player for fantasy football, selecting Houston Oilers QB George Blanda.

He was also the first fantasy football manager to immediately regret his draft pick, as Cleveland Browns RB Jim Brown went next. Brown would go on to post 2,131 total yards and 15 touchdowns in 14 games that year, just a monster season.

But while those are noteworthy moments, the reason Mousalimas is so important in the history of our game is that without him, we might never have heard of it.

For whatever reason, the GOPPPL didn’t want anyone to know about the league. It was played in secret for many years. But in 1971, Mousalimas had opened a new restaurant called King’s X. And, showing the sharp thinking that had helped him serve our country, Mousalimas brought fantasy football to the public. He started the 10-team “King’s League,” among his regulars.

There was so much demand that the next year, he had to open a second league, the “X League.” It was 10 teams but with multiple managers, sometimes up to seven per team.

Ultimately there were six leagues of 10 teams each. Starting the Monday night before the NFL season opened, there would be at least one draft each night at King’s X leading up to Sunday when the season started. There were no Thursday night games back then. There was also no internet, no personal computers; everything had to be done by hand. So they kept it simple.

James tells me the King’s X rules were rosters of two quarterbacks, four running backs, six wide receivers, two kickers, two defenses and two special teams (kicks and punt returns). You would start 1 QB / 2 RB / 3 WR, a kicker, defense and return team. Points were awarded for touchdowns, but among the rule changes from the original GOPPPL were yardage bonuses for passing, rushing and receiving touchdowns (the longer the touchdown, the more points).

The GOPPPL had been a draft-and-hold league, but Mousalimas invented what he called “The Mid-Season Draft” where, halfway through the season, the league would have a four-round draft to replace injured or underperforming players, with the last-place team getting the first pick. Yeah, that’s right. Mousalimas also invented the waiver wire.

Teams would have to come into the bar in person every Friday night (no phoning in!) and write their starting lineup on a chalkboard in the bar so everyone could see it.

It would be about 3 a.m. Monday by the time Mousalimas would get out of the bar. He would then go DeLaurer’s, a local newsstand. The first edition of the Oakland Tribune would be delivered at 4:30 a.m. The one with all the box scores from Sunday’s NFL action. Mousalimas would buy a copy and then stay up until 9 a.m. or so, calculating all the scores for all the players on all 60 teams in the 6 Kings X leagues. A standing room-only crowd would pack into Kings X for lunch on Monday as Mousalimas would reveal the results and standings.

King’s X would also host huge trivia tournaments, and teams from other bars and parts of town would come to compete. And they would hear about fantasy football. And then start their own leagues. People would call Andy for the rules and sheets he had created and he would send them to whoever asked.

The game grew and grew, spreading across the country. He even got a call once from a bar in Hawaii. And in 1981, Mousalimas introduced “The Queen’s League,” the first all-female fantasy football league.

Andy won multiple championships over the years of playing, but it was the laughter, fun and relationships that drove him. “I remember when you could barely hear the picks because everyone was raggin’ on each other” he said with a smile to Tim Keown, who featured Mousalimas’ 50th fantasy draft for ESPN in 2012. In another interview with the Oakland Tribune, he remarked “We had that comradeship. That’s what they don’t have today with the internet.”

One day a year is not nearly enough to thank all the servicemen, servicewomen and their families who have previously and are currently serving our country. But thank you.

Especially to Andrew Mousalimas and his family, who mean a great deal to me. Because beyond his incredible military record, who knows if anyone ever hears of fantasy football if not for him?

Fantasy football has provided me with a living for the last 20 years and endless hours of joy for much longer than that. Fantasy football brought me to ESPN, where I met my wife and we now have a large family. None of that happens without fantasy. In fact, almost everything good in my life is because of fantasy football, and in many ways, I have Andy Mousalimas to thank for that.

A devoted family man, Mousalimas married Mary in 1948 and they had four kids (Sotiros, Eugenia, Paula and James) plus seven grandkids and four great-grandkids. In later years, he would draft with his kids, grandsons and sons-in-law. Mousalimas played fantasy football every year from 1963 until he was 90, in 2015. Fifty-two years. Drafting with friends and family. We should all be so lucky.

A true American hero in every sense of the word, Mousalimas was reflecting on his life just shortly before his death. And he was asked, after all the incredible things he had done and been through, if he had any regrets.

“Only one,” he said. “I should have drafted Jim Brown.”

I want to thank James Mousalimas for all his time talking to me and the background information he sent along about his father, the OSS and the King’s X fantasy league. I also used reporting from articles in the San Francisco Chronicle (one by Carl Nolte, another by Sam Whitling), the East Bay Times (Martin Snapp), South Florida Sun-Sentinel (Mike Berardino) and RecordNet.com (Justin Frommer) in researching this article. Thanks as always to Damian Dabrowski for his help with at various points in this column as well.

Words are inadequate, the gratitude and feeling behind them are genuine. Thank you, veterans. And thank you, Andy Mousalimas. Rest in peace.

Quarterbacks I love in Week 10