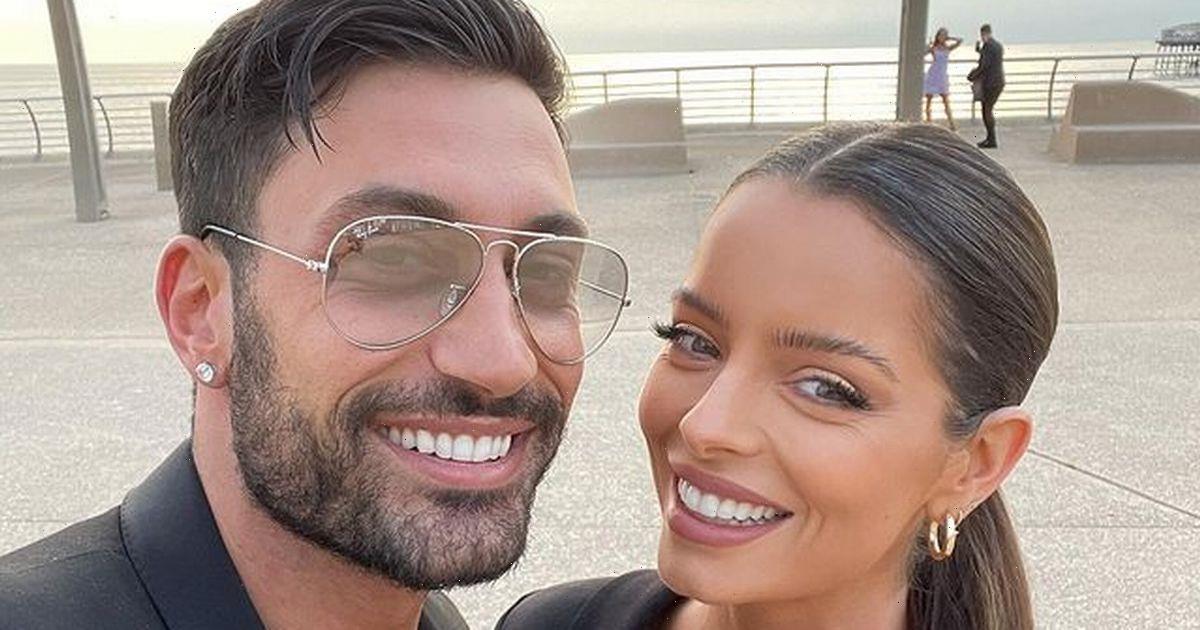 Higgins wore her signature tresses curled and loose, with the new addition of a fluffy fringe to frame her face.

Influencer and PrettyLittleThing creative director Molly Mae, 22, wore a strapless white jumpsuit with a matching blue jewellery set and handbag, alongside boyfriend Tommy Fury who opted for a more casual look of black tracksuit and trainers.

This is Maura’s first outing since she split from her boyfriend, Strictly's Giovanni Pernice.

The pair confirmed they were a couple in July, but have recently deleted all pictures of each other from their Instagram profiles.

One worried fan asked on Twitter: "Why has Maura deleted her posts with Giovanni?"

"Giovanni and Maura supposedly splitting up has really made me sad. They were such a power couple," another fan wrote.

The pair liked to share pictures together, often kissing or in an embrace, seemingly smitten with each other, and they were reportedly preparing to move in together.

A source close to Maura said that due to Giovanni’s Strictly commitments, they had to split.

"It's all over for now. Maura's absolutely devastated, it appears the Strictly curse has struck again," they told The Sun.

"Pals are hoping that they can patch things up. But only time will tell whether Giovanni's got the time.

"He's been working 24/7 on the show practising with celeb partner Rose, and they've become really good friends. He's even been learning sign language, showing it off on social media.”

Maura shot to fame for her fiery personality on ITV2’s dating show Love Island in 2019. On the show, she coupled up with professional dancer Curtis Pritchard and later with fellow islander Chris Taylor after the show finished.

31 year old Sicillian dancer Giovanni has been a member of the Strictly professionals since 2015 and currently holds the Guinness World Record for Jive kicks, flicks and Charleston swivels.