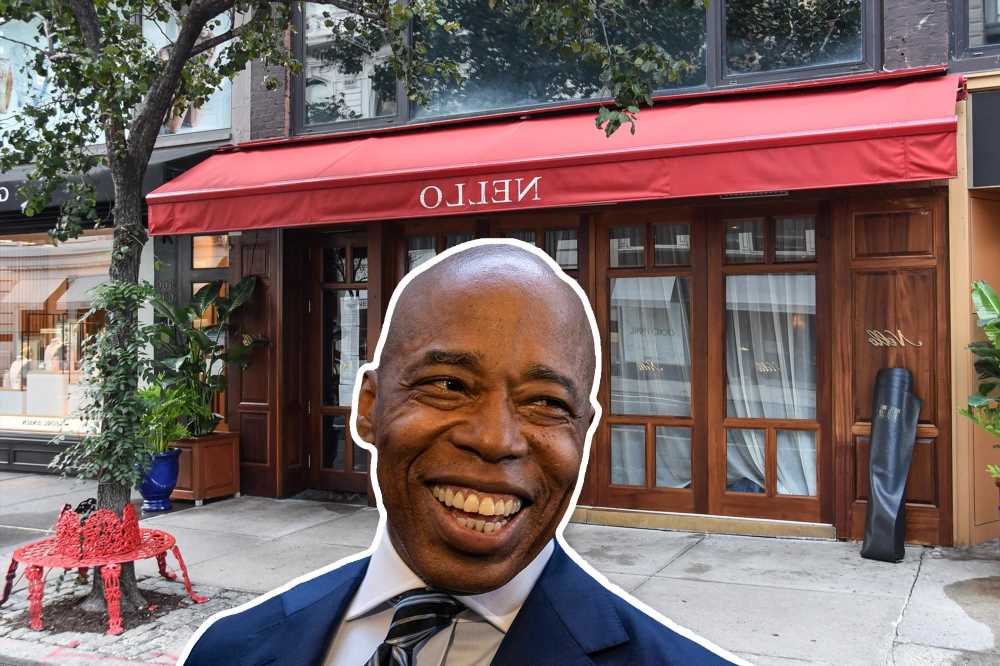 Eric Adams — who was sworn in as New York’s mayor in Times Square on New Year’s Eve — was spotted on Monday at a birthday dinner for public relations pro Todd Shapiro at swanky Midtown East Italian joint Nello.

“The whole room stopped and clapped for Eric when he walked in,” said a spy.

Adams’ GOP mayoral rival, Guardian Angels founder Curtis Sliwa (who voted while carrying his cat Gizmo), was also at the dinner — though we hear he’d left by the time Adams arrived.

The group, we hear, dined on truffle pasta and filet mignon, and toasted with Cristal.

Adams, who follows a plant-based diet, is known for dining out around town.

Page Six spotted him last month at Rosanna Scotto’s power Midtown restaurant Fresco by Scotto, dancing outside with a group to the song “Native New Yorker” by Odyssey.

He’s also known to enjoy a night out at private club Zero Bond. He’s been seen at the hotspot chatting with Gen-Zers like TikTok star Dixie D’Amelio, as well as hanging out with La La Anthony, Nets player James Harden and Paris Hilton.

But he also recently got some backlash for calling certain workers, including restaurant employees like cooks and dishwashers, “low skill.”

Adams, a retired cop, was sworn in as the city’s 110th mayor just after the ball dropped.