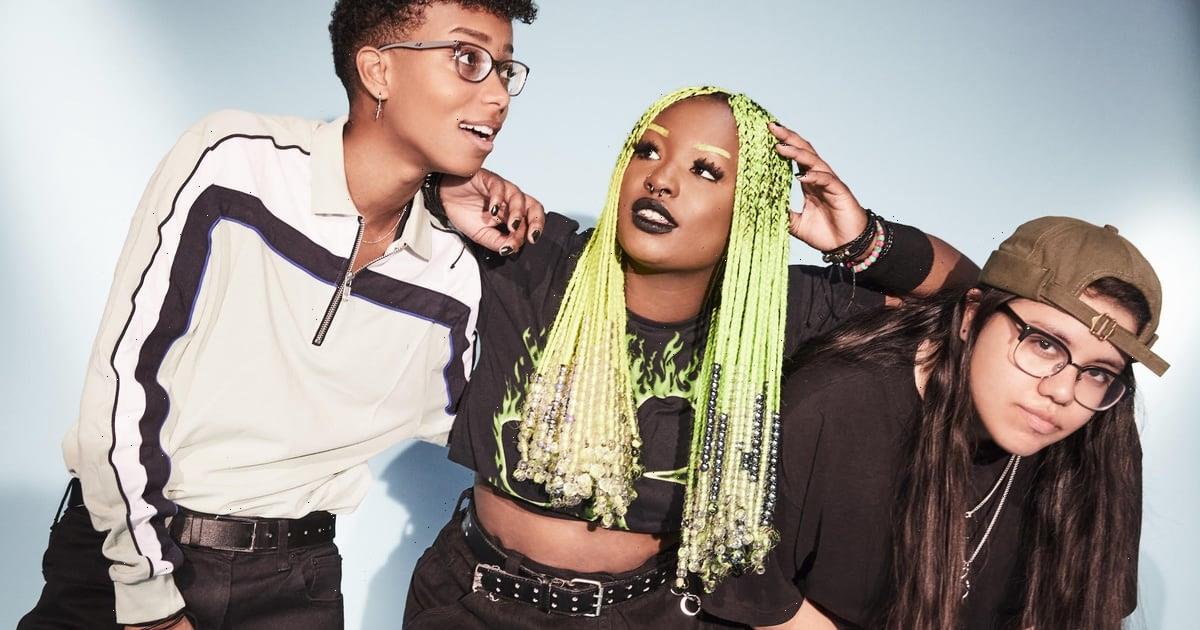 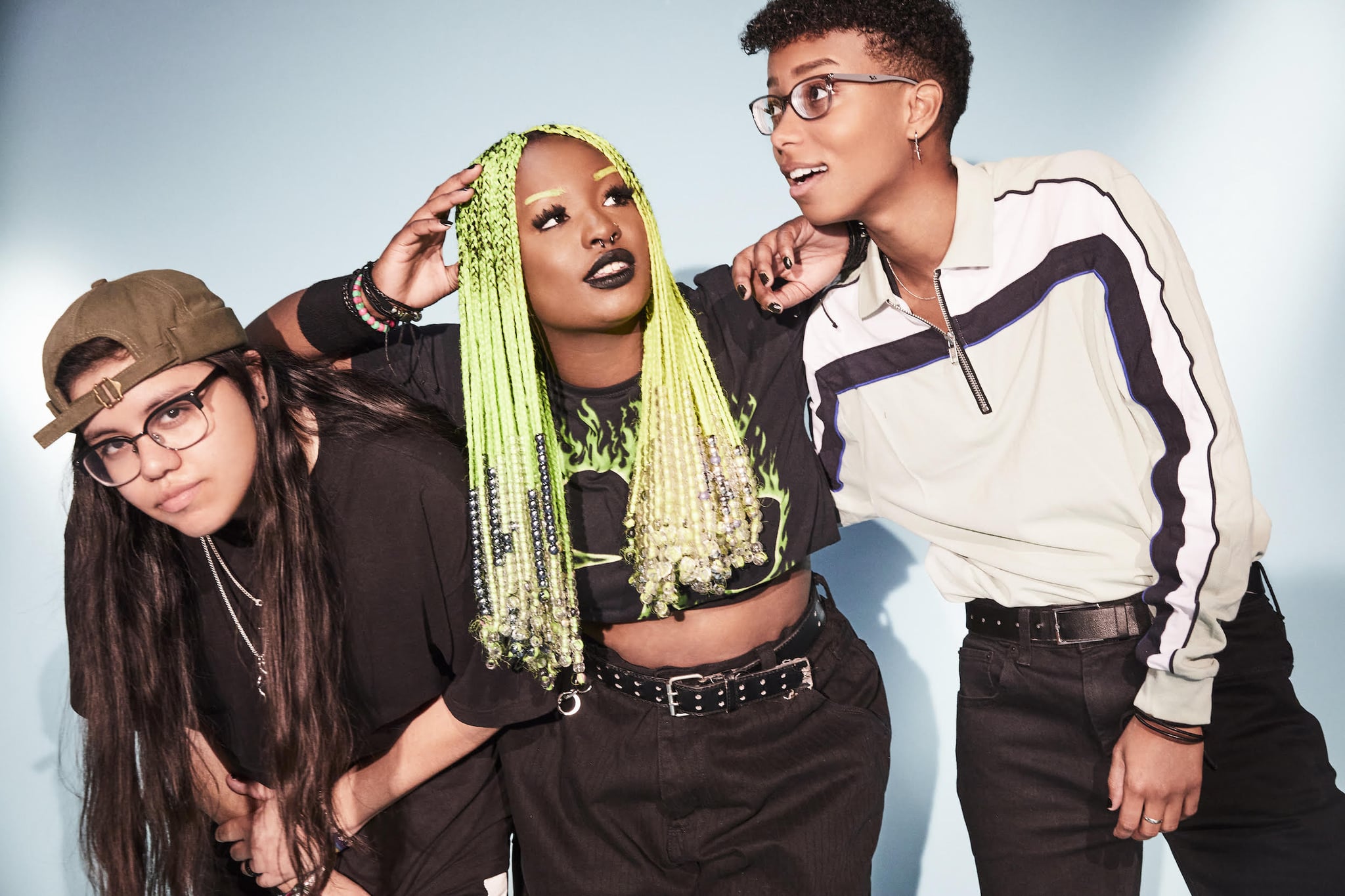 Meet Me at the Altar’s band name came serendipitously over a text. Drummer Ada Jaurez and guitarist Téa Campbell were swapping messages in 2015 when they stumbled across the moniker that would label them as Gen Z’s next great punk group. An occurrence like this feels perfectly suited for this trio — Juarez, Campbell, and lead vocalist Edith Johnson — who all connected virtually before Zoom meetings were the norm. They organized a band in different states and wrote songs miles apart, with a shared vision to bring a 2008 sound back to the foreground.

Flash forward six years, and Meet Me at the Altar finally live under the same roof. They’re able to collaborate in the same room instead of over texts, which is ideal considering the group is releasing their debut EP, Model Citizen, on August 13. They’re the proud recipients of Halsey’s Black Creators Fund. They’re also prepping to tour with All Time Low in the fall. “It’s absolutely insane,” Campbell, 20, told POPSUGAR. Prior to 2020, she recalled feeling like a “tiny band.” Every tour they went on, they booked themselves. They played for 150 kids a night, not the thousands an All Time Low audience brings in. “Luckily, we’ve had the entirety of quarantine to mentally prepare ourselves for it,” she added. “It’s going to be very emotional.”

Despite the group’s booming success in 2020, having a band made up of three women of color means Meet Me at the Altar encountered resistance on their road to stardom. When they started the group in their early teens, they were fully aware of the lack of representation in their genre. Campbell said, as a Black woman, she “definitely” felt (and continues to feel) an added pressure in an industry dominated by straight white men.

“There’s pressure to assert ourselves in a scene that’s tried to actively keep us out for generations,” she explained. “So you have be the best. You have to, because there’s no other way to get in.” Even at 14 years old, Campbell saw where the genre was falling short. “We always knew that there was no one in the scene who looks like us. There’s no one doing the type of music that we’re doing that isn’t a straight white guy. That’s all that there was. But we always felt very comfortable with taking on that role because we knew that we would want to have it. And we were super comfortable with being that for other people.” 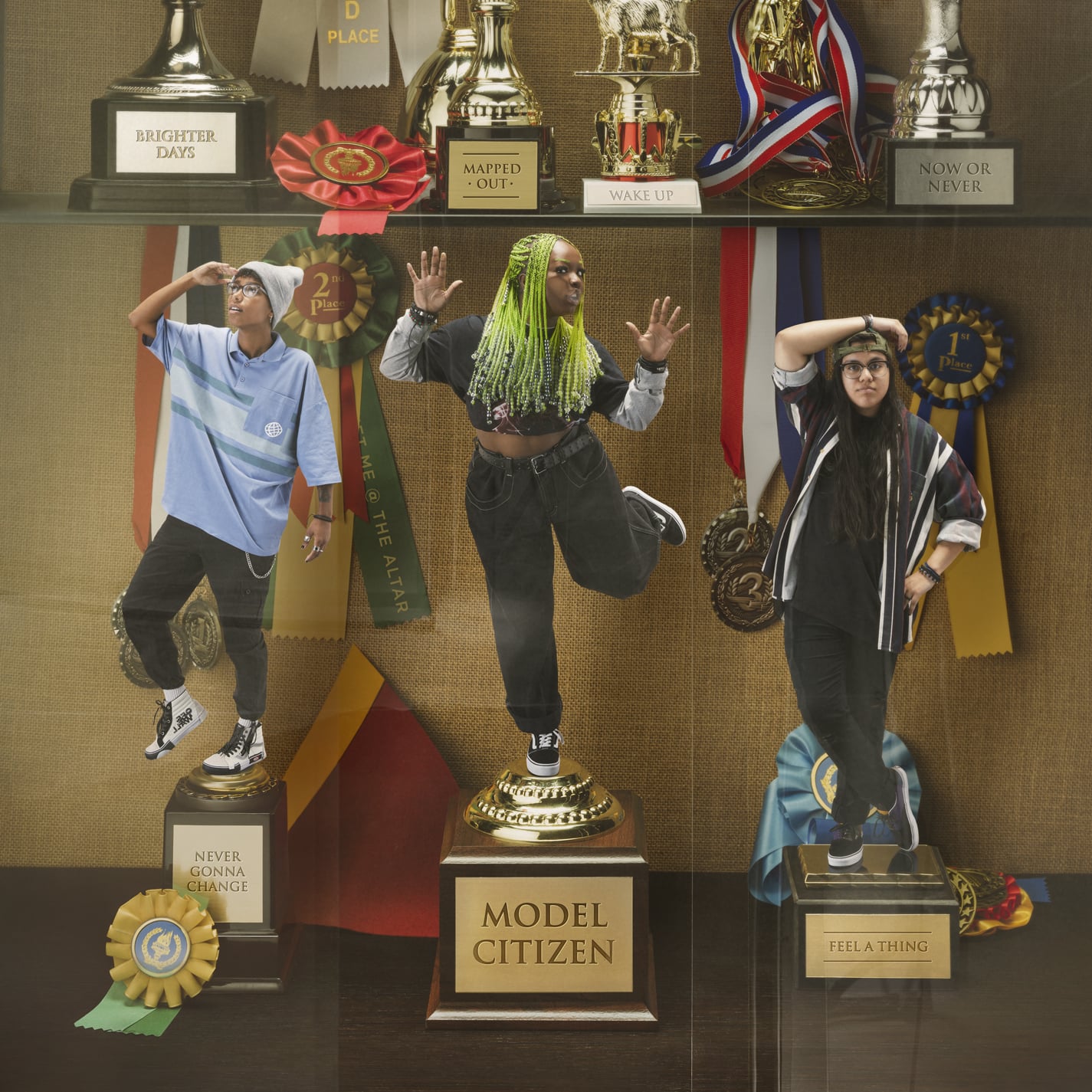 Campbell, Juarez, and Johnson willingly took that mantle upon themselves, and embarked on a bumpy road to recognition. They didn’t have industry connections and they didn’t fit the stereotypical mold. “We had absolutely no clue what we were doing when we first started the band,” Campbell recalled. “We were so young and we didn’t have siblings or anyone that were in bands before. So we just had to figure it out along the way.” But they learned by experience, and realized it didn’t matter if they didn’t have the most expensive gear or studied music or knew the industry terminology. They entered the scene different than most groups — less “cliquey” and “egoey” — with an awareness of an impact they’d have.

“We have to put ourselves in the scene and if we don’t, then it’s just going to stay the same. There’s not going to be any bands of color, getting the opportunities,” she said. Campbell also acknowledges that there are many bands out there who are facing opposition because they don’t adhere to a narrow-minded view of punk music. She “can’t imagine” what it’s like to be a group breaking through in a more conservative city, but she feels their efforts are “necessary.” The best revenge is success. “You just have to make yourself uncomfortable so that you get to the size where it doesn’t matter what you look like because people just care about your music.”

But it’s not only up to groups like Meet Me at the Altar to change the industry. As Campbell noted, this change needs to be implemented at every level. She explained that promoters need to give their opening slots to different bands. Stop booking the same performers. Labels should be hiring inclusively. At every entry point in music, there should be diverse representation. “We can only do so much because we are the oppressed people. It’s going to take the oppressors to change things because they’re the ones in power.”