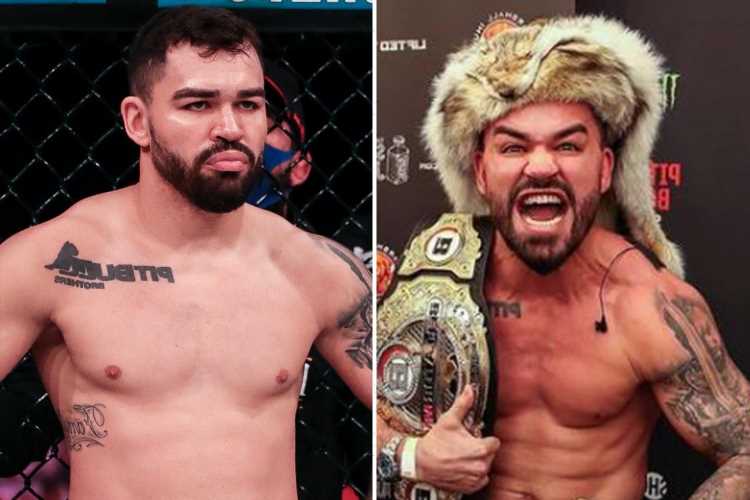 The 36-year-old will defend his title against Usman Nurmagomedov at Bellator 288 in Chicago tonight. 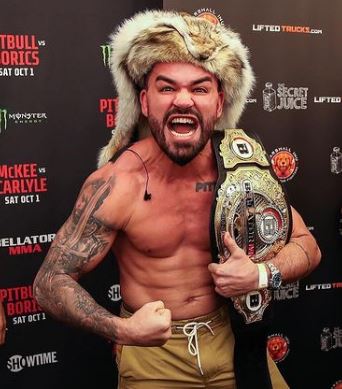 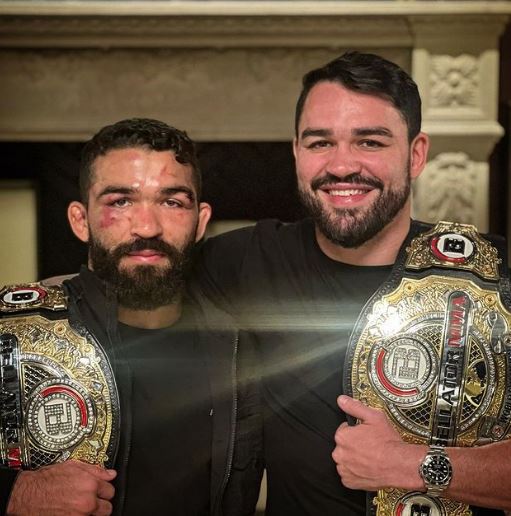 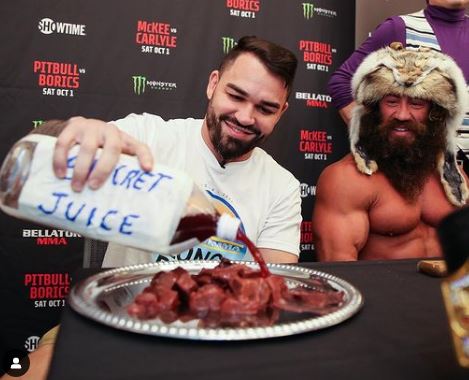 'Pitbull' and his young brother Patricio, 35, are the first siblings in history to hold titles simultaneously in a major MMA promotion, with Patricio the current Bellator featherweight champion.

They are far from your average fighters, with Patricky recently gorging on raw liver with social media sensation Liver King.

Liver is said to be one of the most nutritionally dense foods on the planet containing folate, iron, vitamin B, vitamin A, and copper. 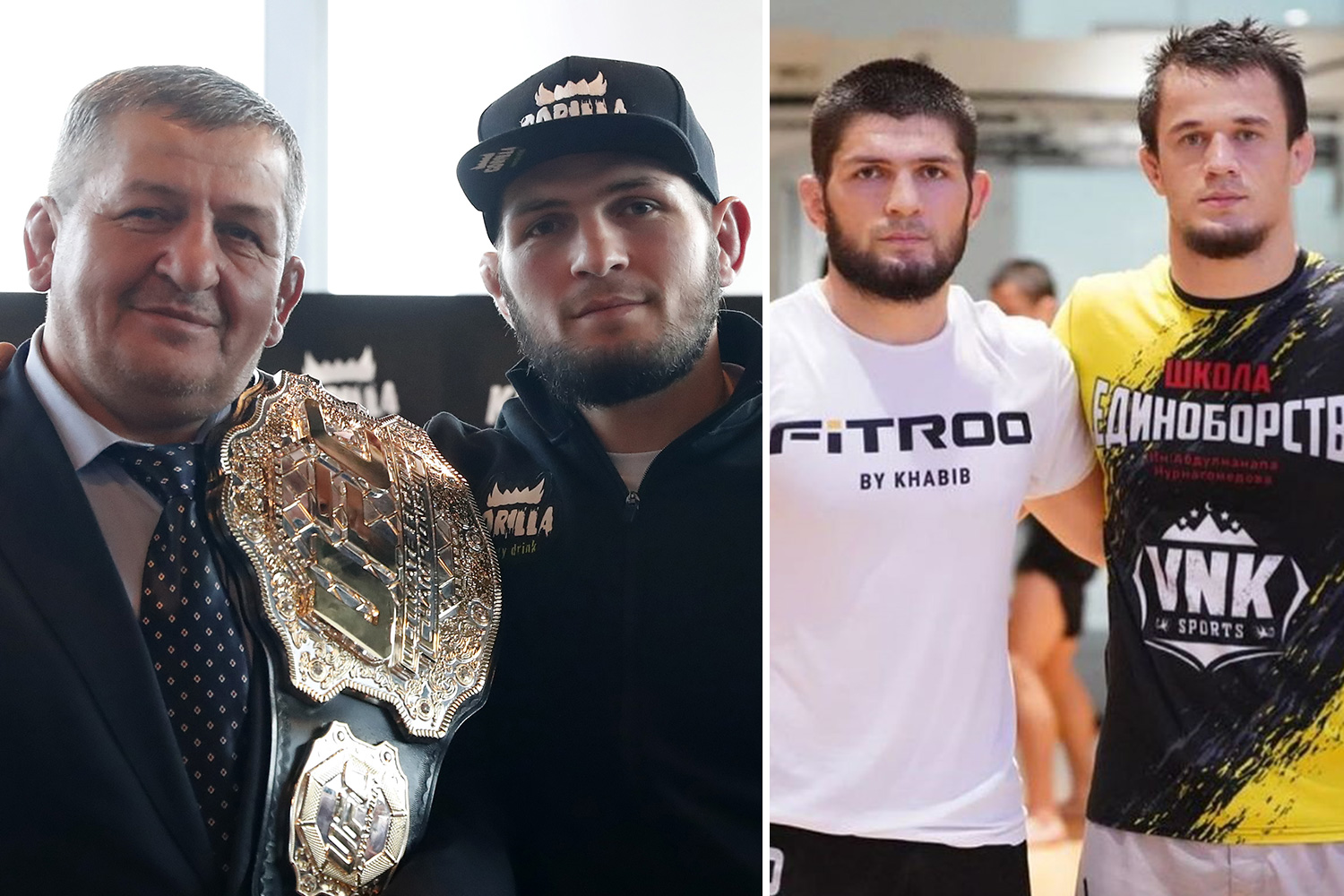 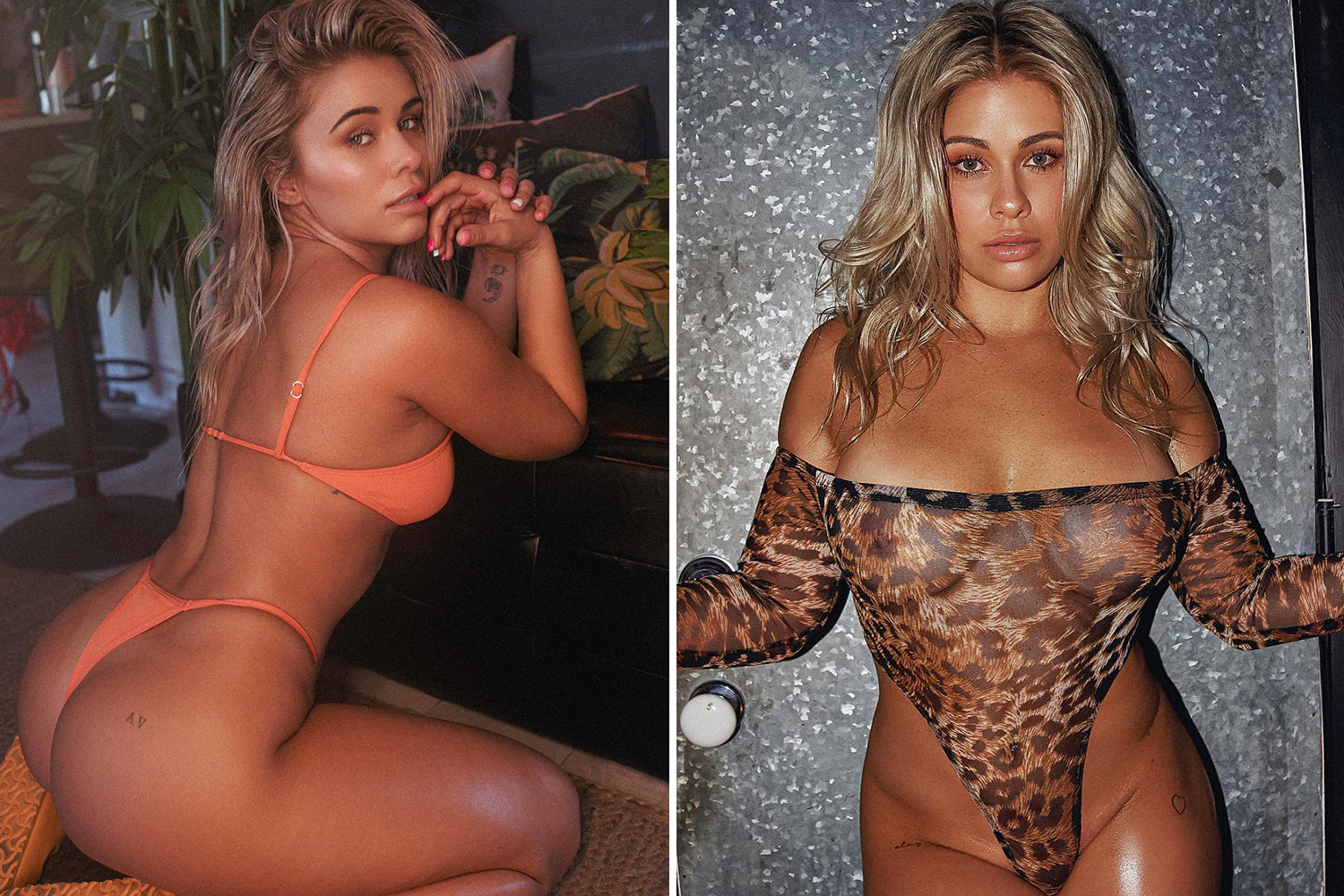 Eating a single serving of liver supposedly helps you meet your daily recommended amount of all of these vitamins and minerals.

'Pitbull' said: "After I ate Liver I trained for like one-and-a-half-hours with tough guys, so I believe in it.

"It gave me a lot of energy. It's a different experience but I've got to be honest I love adrenaline.

"I love challenging myself because I'm a fighter and I love the challenge, big challenges, embrace it, the crazy experiences – I love it."

Patricky's journey started out street fighting with his brother Patricio, 35, and their pals in Rio Grande do Norte, a state in north-east Brazil. 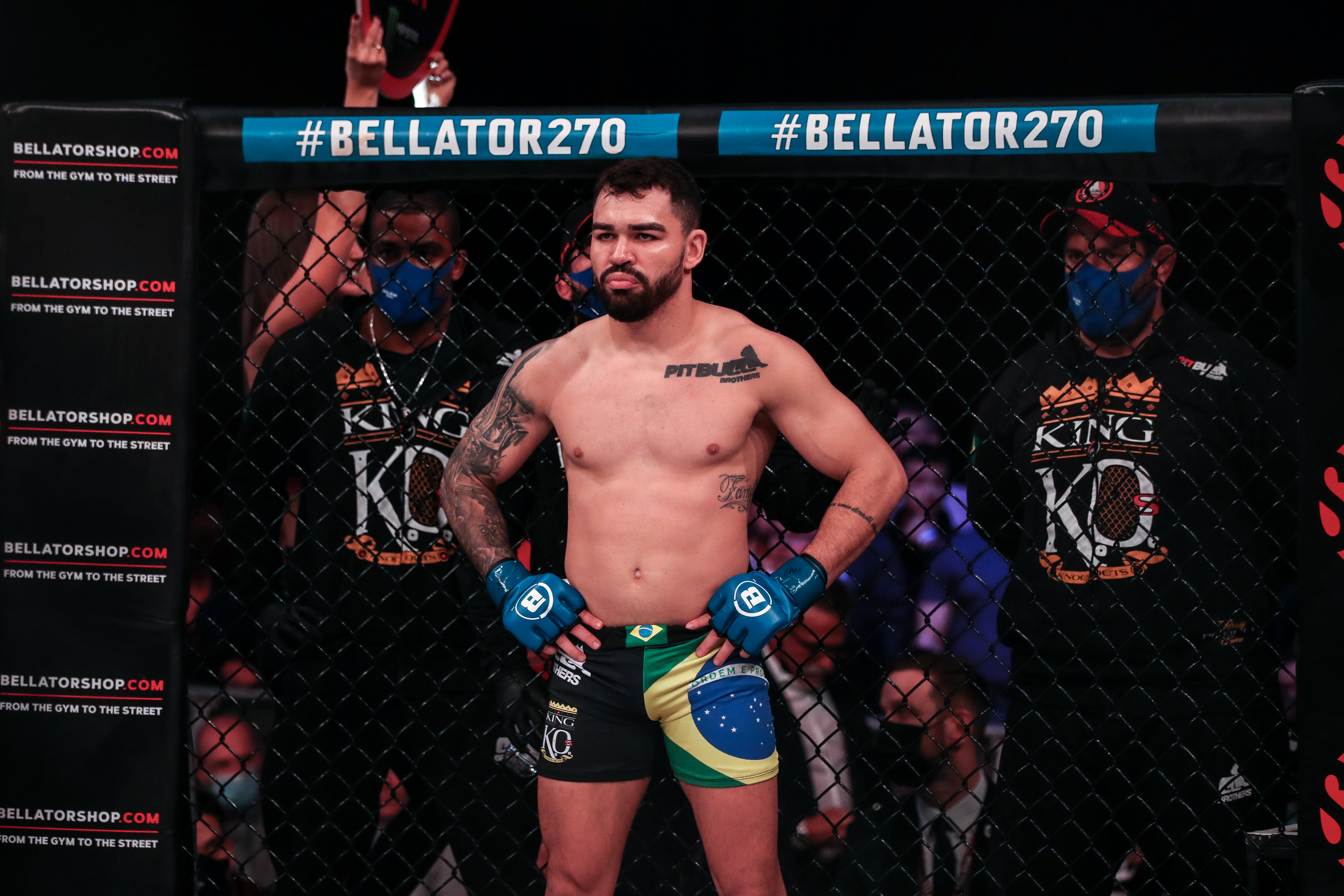 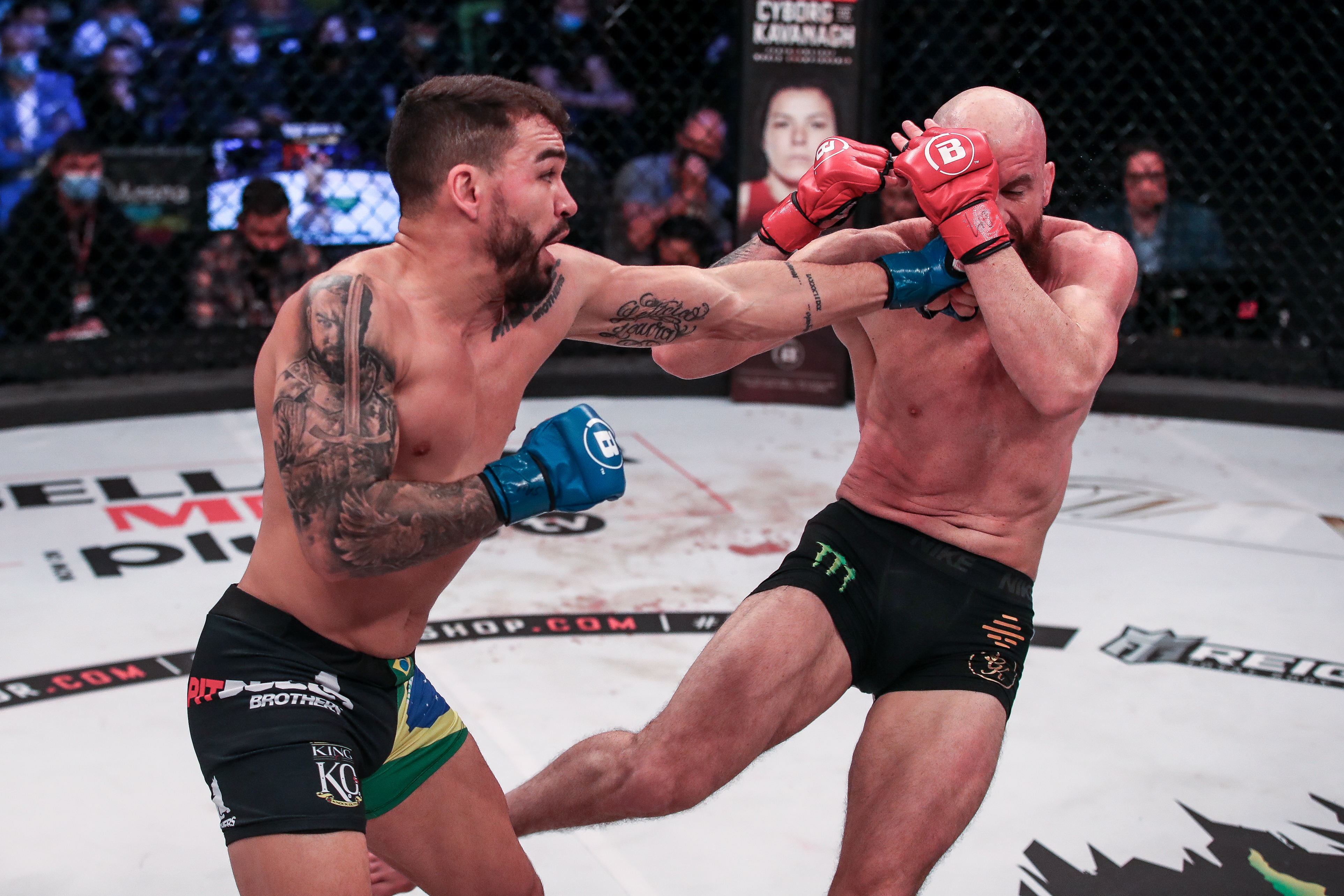 He credits his beautifully chaotic upbringing in Brazil for propelling his redhot career in MMA.

"I had my brother to fight everyday as a young boy. I love being from Brazil because we partying and we are very hot guys!

"Brazil is very different to other countries because everything is about partying.After a fight, win or lose, it's a party."

Patricky faces another big family name in the cage today, in Usman Nurmagomedov – the cousin of Khabib.

He doesn't believe the Dagestan fighter deserves the title.

And plans to not only retain his title but toasting his win with ice-cool beer and of course, a party.

Patricky said: "He's a tough opponent and undefeated but I don't believe he deserves the title.

"He has a big name in Russia, a big family name, but I don't believe he deserves it.

"Let's see what happens in the fight because It's going to be awesome.

"Afterwards It’s going to be  a big party because we drink a lot, a lot of beer.

"I speak so much about beer that I believe I need a beer sponsor. Budweiser or Heineken. I love Heineken."

Watch Patricky 'Pitbull' Freire in action at BELLATOR 288: Nemkov vs. Anderson 2 live on BBC iPlayer and the BBC Sport website on Friday, November 18, from 23:00pm GMT