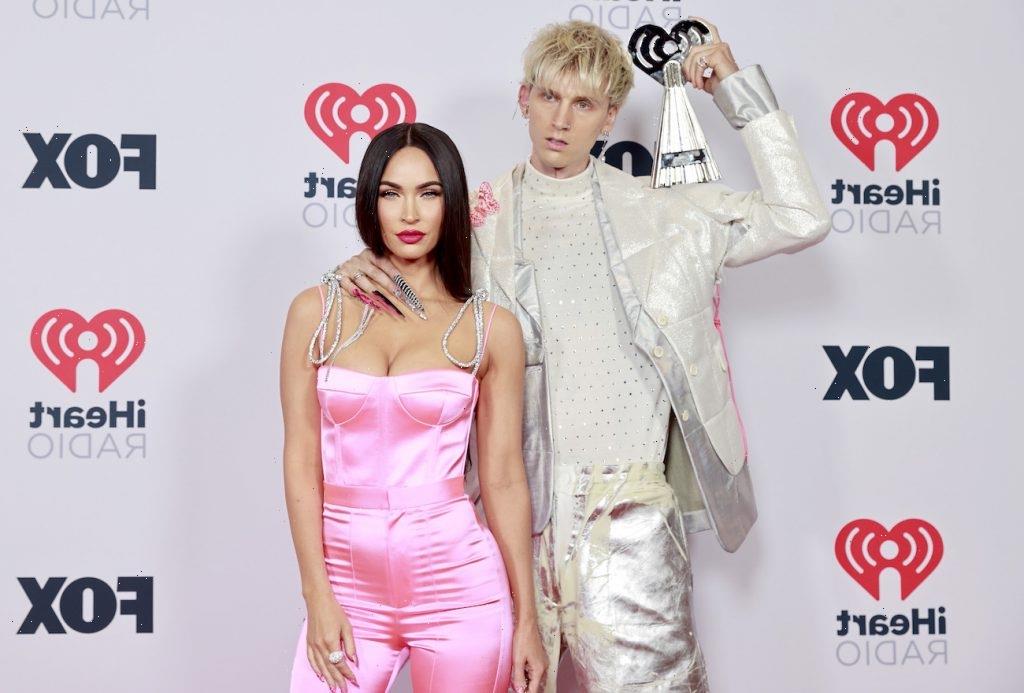 Megan Fox and Machine Gun Kelly are involved in a whirlwind relationship that has captured the public’s attention. The two of them have been together for a year, and they often make it no secret that they are totally in love.

Fox recently opened up about Machine Gun Kelly being her “soulmate,” and she even said she knew it “instantly.”

How did Megan Fox and Machine Gun Kelly first meet?

Fox and Machine Gun Kelly met in early 2020 while filming the movie Midnight in the Switchgrass. At the time, Fox was married to her ex-husband, Brian Austin Green.

Green described Fox and Machine Gun Kelly’s relationship on his podcast, …With Brian Austin Green, “Megan has continued working and she met this guy Colson on set on this film she’s working on. I’ve never met him. He goes by Machine Gun Kelly. I’ve never met him, but Megan and I have talked about him and they’re friends at this point. And from what she’s expressed, he’s just a really nice, genuine guy. And I trust her judgment. She’s always had really good judgment.”

Fox and Green announced their divorce in May 2020. That same month, Fox appeared in the music video for Machine Gun Kelly’s song, “My Bloody Valentine.”

Even though Fox was married at the time, she has since admitted that when she first met Machine Gun Kelly, she knew he was a special person in her life.

Fox also added she “wasn’t expecting it’d be like, ‘God, you are my soulmate,’ instantly.”

Last year, Fox shared something similar on the podcast Give Them Lala… With Randall. She shared, “The second that I was in a room with him and said hello to him and looked into his eyes, I knew right away that he was what I call a twin flame. We’re actually two halves of the same soul, I think.”

What is the future like for Megan Fox and Machine Gun Kelly?

According to various sources, Fox and Machine Gun Kelly are very serious about each other. It seems fans will continue to see more of them together in the future.

“He recently met her kids for the first time,” an insider told People back in October (via Just Jared). “Megan thought it was a natural step, since they are getting more serious. They are in a committed relationship and it’s not just a fling. They are planning a future together.”

Fox and Machine Gun Kelly reportedly are thinking about marriage and having kids of their own as well.

“An engagement could be in Megan Fox and MGK’s future and same with having kids together,” a source told ET in February. “MGK definitely wants both of those things, but Megan is a little hesitant right now. In the meantime, they are constantly laughing together and always have the best time.”