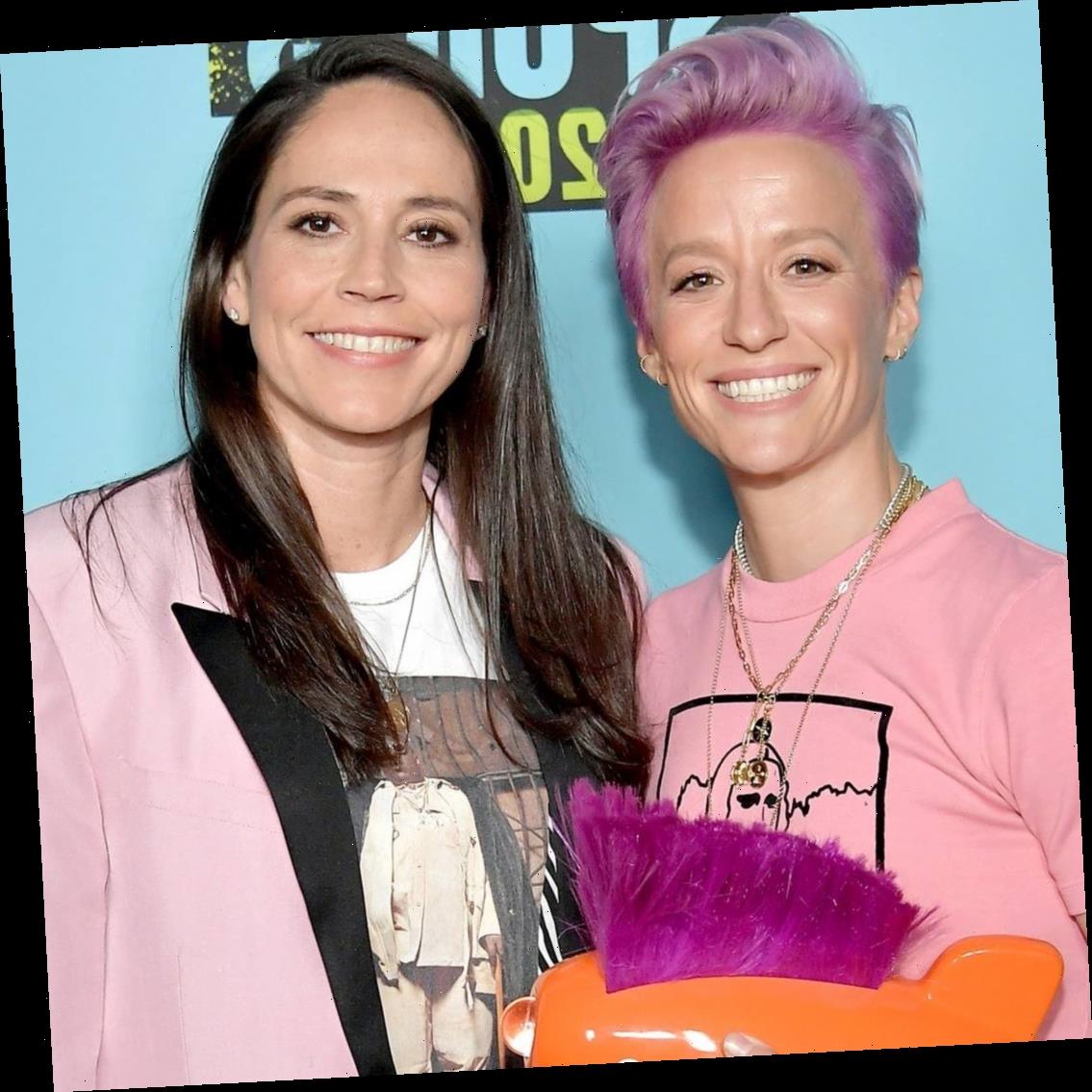 During a recent interview, Megan Rapinoe shared how she just knew the moment was right to propose to her longtime girlfriend Sue Bird. Scroll on to hear the touching story.

When you know, you just know.

During a virtual Nov. 9 interview on The Tonight Show, Megan Rapinoe, 35, reflected on the exact moment she popped the big question to her fiancé, professional basketball player Sue Bird, 40.

"Well, in true, typical Megan fashion, I really do plan things and I do think about them," the professional soccer player explained to host Jimmy Fallon. "I just don't actually have a plan so I had been thinking about it for a while, thinking about it really everyday for a number of months."

She continued, "I didn't really have a special ring. I actually took one of the rings off my fingers and gave it to Sue. And I didn't know exactly when I was gonna do it, but just the perfect moment presented itself."

Megan even noted, "It was really sweet and beautiful and spontaneous, but planned all at the same time."

Fans may recall, on Friday, Oct. 30, the couple announced their engagement after four years of dating. Sue and Megan shared the scenic moment on respective Instagram accounts sans a caption, with the glistening ocean and blue, cloudy sky perfectly positioned in the background.

Luckily for the athletic couple, a close friend was able to capture the picturesque shot just in time.

Though not many details were released about the exact time of the engagement or the beautiful ring—which fans noticed Sue wearing days before the announcement—it is surely a perfect way to end a year of personal wins for the iconic athletes.