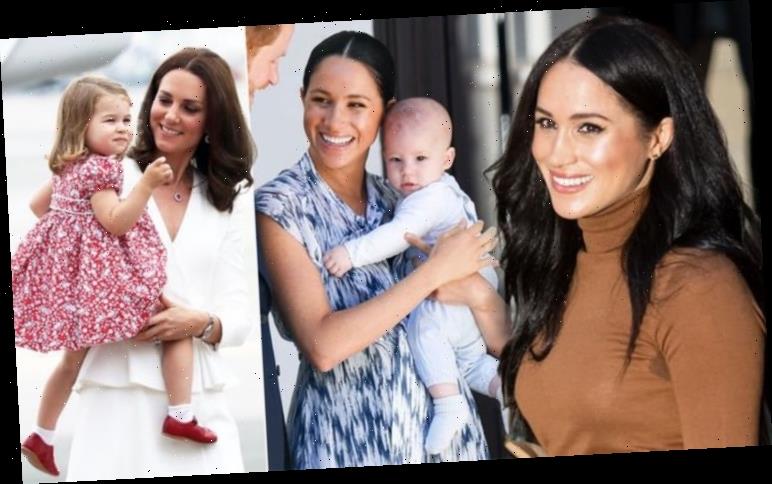 Meghan Markle and Prince Harry welcomed their first child, Archie Harrison, on May 6, 2019. The Royal Family have many traditions on how things are done and parenting style is no different. While Kate Middleton seems to have followed many of these rules, Meghan could have ditched them instead.

Since Archie was born, he has only been seen out in public on a few occasions.

Meghan and Prince Harry will officially step back from their roles as ‘senior’ working royals from the end of this month.

Although the couple still have a few official duties to carry out in the UK, it is thought Archie will not join them and stay in Canada, where the family have recently been living.

When the Duchess of Sussex has been seen out with Archie, some suggested she has skipped royal parenting tradition. 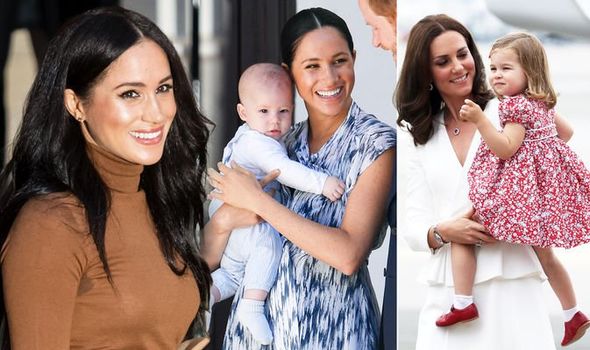 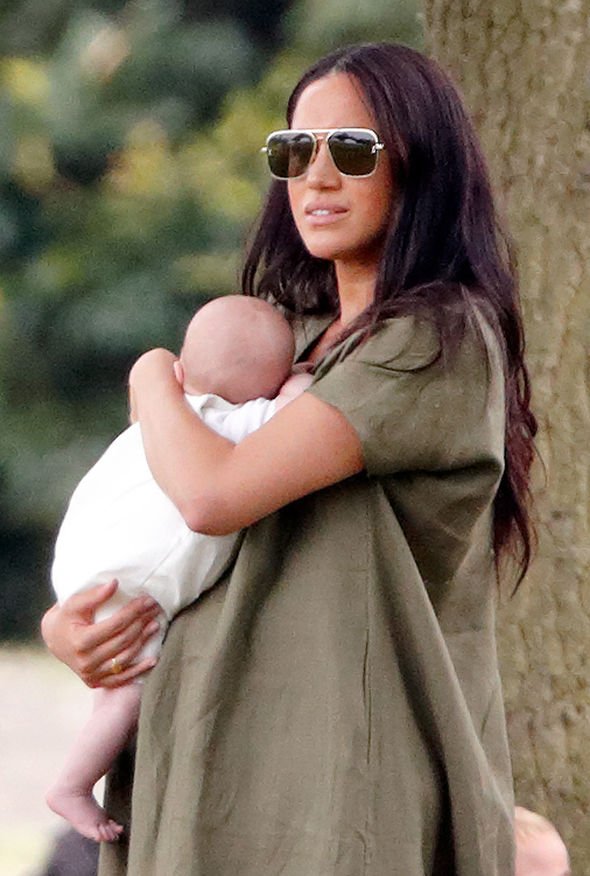 Speaking to Express.co.uk, Zoe Bonser, Show Director at The Baby Show, revealed the traditions Meghan might be going against.

She explained: “Meghan and Harry chose to forego Archie’s royal title, keep him out of the spotlight and parent without an army of staff.

“It seems that they are in their own happy, private bubble.”

While the child of a Duke will usually take a title, Meghan and Prince Harry passed on the Queen’s offer.

Following the birth of a royal baby, the parents will often appear for a brief photo call on the same day.

This tradition has been followed by royals including Princess Diana, Sarah Ferguson and Kate Middleton.

However, the former Suits actor waited a couple of days before revealing Archie to the world.

“Another stark difference [from royal tradition] is of course privacy,” Zoe added. “And the fact that Meghan and Harry want to give baby Archie as normal an upbringing as possible.” 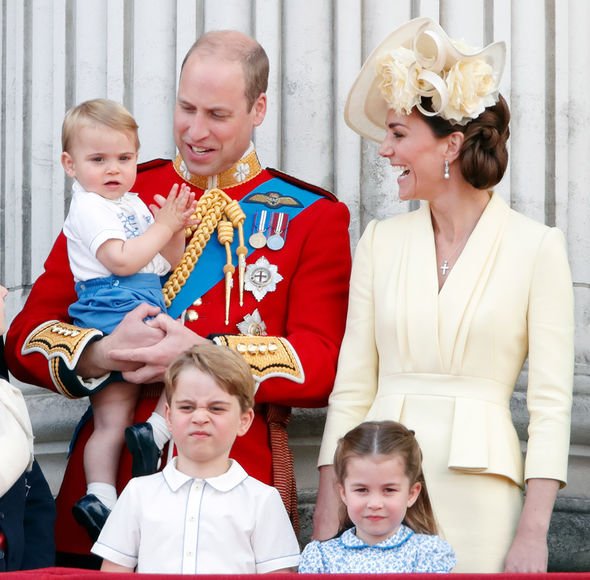 Being part of the Royal Family comes with a lot of attention which means royal children can be seen in public quite often.

Zoe explained: “As time progresses it’s clear that Meghan and Kate have both taken different approaches to bringing up their little ones.

“Kate is seen as more traditional and this probably down to the responsibilities that Prince George will have one day. 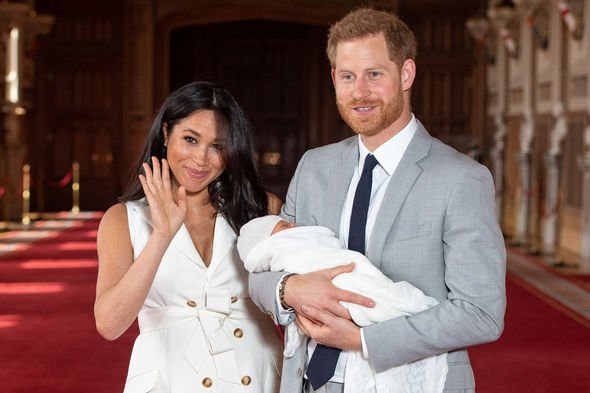 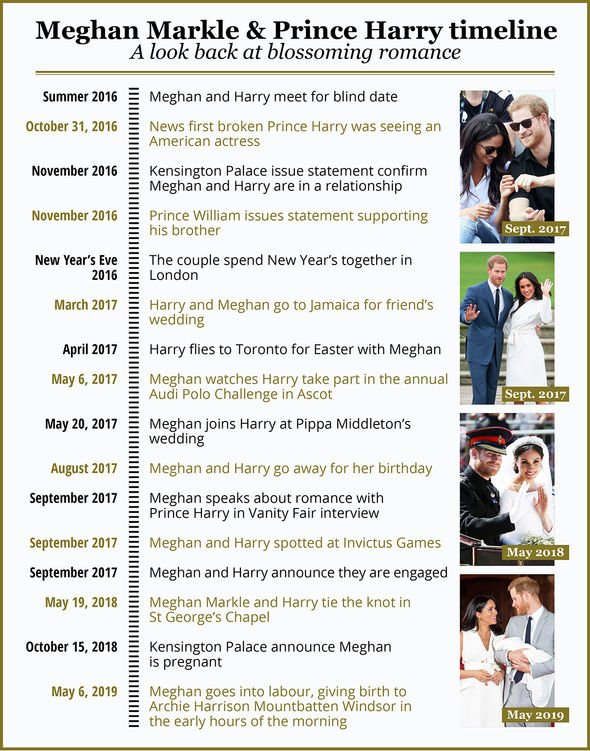 “For instance, the children are always dressed in traditional British clothing for public appearances and Kate is happy for them to appear in photo calls.”

Still, the Duchess of Cambridge does have some similarities to Meghan in her parenting style.

Zoe added: “While Meghan is certainly keen to do things her way when it comes to bringing up Archie, there are many ways that Kate and Meghan are similar.

“Kate also values privacy and tries to keep the children away from the media apart from on more special occasions or events.”

Who is Meghan Markle? Quick profile

Her father was previously married to Roslyn Loveless and Meghan has two elder half sibling – sister Samantha Markle and brother Thomas Markle Junior.

Meghan’s first television appearance in the USA was in an episode of the medical drama General Hospital in 2002.

She later moved on to roles in CSI, Without a Trace and Castle along with bit parts in Hollywood films including Get Him to the Greek, Remember Me and Horrible Bosses.

Meghan was also a “briefcase girl” on Deal or No Deal – but her most famous role was as Rachel Zane in legal drama Suits, which launched in 2011.

She was written out in the finale of the seventh series when her character got married, which aired in April 2018 – just before she got married herself.

Meghan Markle’s career in television has gone hand-in-hand with her support for causes close to her heart.

She wrote about the stigma around menstrual health in an article for Time magazine and was a Global Ambassador for World Vision Canada – with whom she travelled to Rwanda for the charity’s Clean Water Campaign.

And her commitment to gender equality has seen her work with the United Nations – receiving a standing ovation in 2015 for her speech to mark International Women’s Day.

In September 2011, she wed film producer Trevor Engelson, who she began dating in 2004.

She was in a relationship with celebrity chef Cory Vitiello for almost two years, before they broke it off in 2016 but the two remain good friends.

And in June 2016, she met Prince Harry on a blind date set up by a mutual friend.

Their relationship began in October that year and just over one year later, on November 27, 2017, the pair announced their engagement.

Some have claimed Meghan Markle is the first mixed-race member of the Royal Family.

Historians are still arguing about Queen Charlotte, the wife of King George III.

But Meghan will be the first royal to openly embrace a mixed-race heritage.

She has written about the difficulties of being a biracial actress in Hollywood as she claims she is not black enough for some roles and not white enough for others.