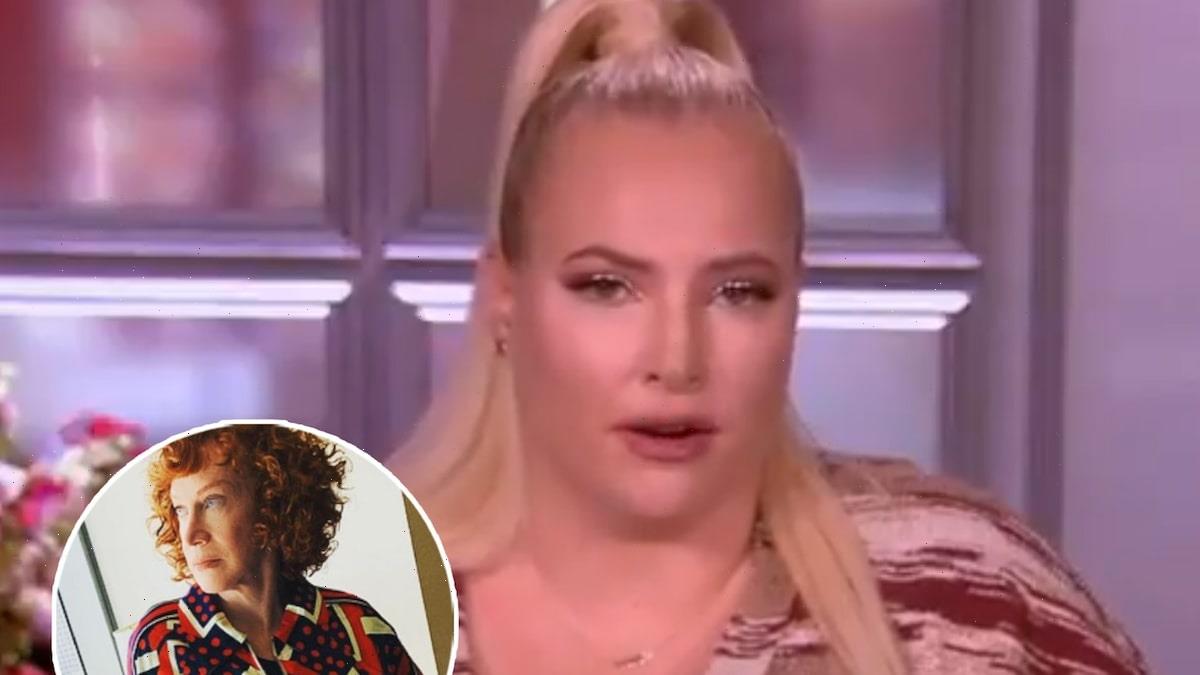 While most were sending well wishes to Kathy Griffin following her cancer reveal on Monday morning — one person was demanding an apology instead.

As “The View” discussed the comedian’s scary diagnosis, Meghan McCain used the segment to lash out over “cruel and homophobic” jokes she previously made about American Idol’s Clay Aiken.

“Well first, I just wanna say it’s terrible and very scary to be diagnosed with cancer, and it’s very tragic to hear of her having an opioid addiction,” McCain said. “Both things have hit my family very hard, and it’s just horrific to go through as someone who’s a bystander, let alone actually going through it yourself.” 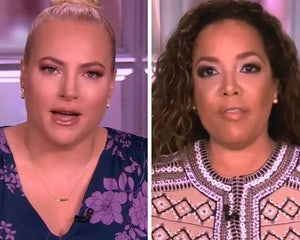 Meghan McCain, Sunny Hostin Debate Nepotism on The View: 'My Work Ethic Speaks for Itself'

“So, you know, my heart goes out to her in that way, and I hope for a very speedy recovery.”

But that’s as far as her sympathy went, as she used the opportunity to slam Griffin over jokes she made two decades ago:

“My issue with Kathy Griffin is — I’m gonna name drop — Clay Aiken is one of my closest friends in the entire world. He’s ostensibly my brother. She made very, very, very cruel and homophobic jokes about him before he was out of the closet,” she said.

“We have to go back to like 2002, 2003, when that was still acceptable. He is a very strong person, and has a very strong constitution, and he has said himself that he is one of the last people you can make homophobic jokes about and it’s still socially acceptable.”

She went on: “I think he’s lucky he didn’t end up becoming an opioid addict, given the degree of bullying that happened to him when he was still struggling to come out of the closet. You can just go on YouTube and see a lot of the jokes that she made about him — and other comedians, but she really led it — so I would love to hear an apology, if she’s doing this kind of soul searching, for what could’ve happened with my good friend.

“So I don’t like her, I’m never gonna like her for all the jokes she made about Clay.”

“Gayken” was frequently the punchline of Griffin’s material around the time the then-24-year-old competed on Idol, five years before he came out.

McCain, who was sitting on the panel on her final day as co-host, also said she still hadn’t forgiven Griffin over her infamous Trump severed head pic, “because it reminds me of what ISIS does to our soldiers.”

Just hours earlier, Griffin revealed to her 2million followers that she was about to head into surgery to have half a lung removed after being diagnosed with stage 1 cancer — despite never smoking:

“The doctors are very optimistic as it is stage one and contained to my left lung. Hopefully no chemo or radiation after this and I should have normal function with my breathing,” she wrote.

“I should be up and running around as usual in a month or less. It’s been a helluva 4 years, trying to get back to work, making you guys laugh and entertaining you, but I’m gonna be just fine.”

She pointed out that she was fully vaccinated, and the the consequences would have have been far more serious had she not been.

In a follow-up interview with ABC on Monday, she revealed the aftermath of the Trump photoshoot had left her in the “throes of a painkiller addiction and even attempted suicide.”

“The irony is not lost on me that, a little over a year ago, all I wanted to do was die. And now, all I wanna do is live,” she said.

Meghan would later disappear halfway through the show, much to the annoyance of second-half guest Mary Trump; the President’s niece criticized the now-former host who “didn’t have the courage” to stay and face her on the show: 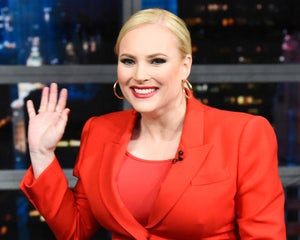