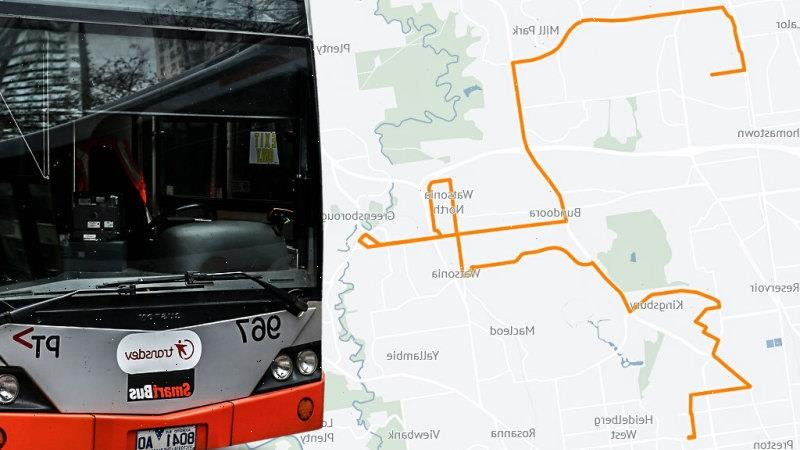 Long and convoluted routes. Confusing and irregular timetables. No service after sunset. And travelling on a Sunday? In many places, you can forget about it.

In a city famed for its trams – and where the state government is spending billions on trains – Melbourne’s bus network continues to be left behind.

Experts say a major overhaul of the system is needed – particularly in outer suburbs, where the lack of affordable transport is entrenching social and economic disadvantage.

With the help of transport experts, The Age has put together a subjective list of the ten most confusing, frustrating and impractical bus routes in Melbourne.

Weekend timetables are a major problem, said Daniel Bowen from the Public Transport Users Association. Some busy routes shut down on Sundays, “as if it’s still the 1990s when the shops were closed”.

He singles out route 800, which runs from Dandenong along the Princes Highway to the country’s biggest shopping centre, Chadstone.

Buses are frequent on weekdays, but stop running at 7.15pm. They run once an hour on Saturday morning and every two hours on Saturday afternoon – and they don’t operate on Sunday at all.

Anyone riding the 566 may experience a sense of deja vu as they follow a baffling squiggle from Lalor to Northland via a backtracking loop through Greensborough.

“There are even stops where you could be catching buses in multiple directions, with it being purely a gamble that you get the right one,” says Peter Parker, a former Department of Transport bus planner who now blogs about public transport.

Watch out for the timetable too: it runs every 40 minutes on Saturday, but the departure times all shift 2 minutes later on Sunday.

Blast from the past in Moonee Ponds

Many things have changed around Melbourne in the past 100 years. But route 465 from Moonee Ponds to Aberfeldie has remained “virtually unchanged” since it was introduced in 1925, according to Richard May, secretary of the transport enthusiast group Australian Timetable Association.

May says the 465 could extend further north and west to serve new communities that didn’t exist a century ago.

“Compared to many other capital cities there has been, on balance, very little … radical change of bus routes,” he says.

Infrastructure Victoria said in a report this week that better buses are particularly needed in the outer suburbs and growth areas, where they are often the only public transport for booming populations.

People in Melton, on the outer western fringe, still rely on V/Line trains to travel into the CBD, and getting to the local train station on public transport is a challenge in itself.

The 455 from Micasa to Melton Station leaves little room for error, departing every 50 to 75 minutes during the morning peak and every hour during the afternoon rush.

Parker says the 458 from Kurunjang is more frequent but still “very indirect”, with a hard-to-remember rush-hour timetable.

Steve Pemberton, a transport researcher at RMIT University, says the 745 is “the worst route I know of”.

It runs just once a day from Knox City to Bayswater and then three times in the other direction to Boronia, Wantirna or Wantirna South – each time following a different path.

Cardinia Road Station opened a decade ago, but the 925 bus that goes through parts of Pakenham just to the north has not been extended the extra kilometre to drop off passengers.

The result, says Parker, is that some residents wishing to catch a train to the city need to backtrack 4 kilometres to Pakenham Station, “restricting travel flexibility for the majority of people beyond walking distance of a station”.

One part of the solution to Melbourne’s bus woes would be to run more direct routes between major destinations, rather than multiple stops through suburban streets.

Pemberton says the 792 highlights this problem: it exists mostly to give people in Pearcedale a direct route to Cranbourne Station, but it diverges in Cranbourne South to provide local stops, blowing out the journey to 40 minutes – about twice as long as driving.

“Both [routes] are needed … but in this case one is at the expense of the other,” he says.

The 419 and 421 meander through the northern suburbs from Watergardens Station to St Albans Station via different routes and crossover in Apollo Road, Taylors Lakes – one heading east, the other west.

It’s fine for buses to terminate at a train station when you’re transferring to a train. But Pemberton says rail lines often cut bus routes off, with no continuous service for people who need to cross the tracks.

This happens around Williams Landing, Aircraft and Laverton in the western suburbs, where none of the bus lines operating in the area cross the rail line.

These three routes overlap about 80 per cent of the way, but each takes a slightly different detour from Southland to St Kilda. There are long waits between trips on each route and limited hours.

“The result is that if you rock up at a stop you need to look at three lists of times to find which one is the next bus,” Parker says.

The Andrews government says it is aware of the need to reform the bus system. It released a bus strategy last year that said it must grow patronage and improve service – work is now underway to determine how to achieve that over the next eight years.