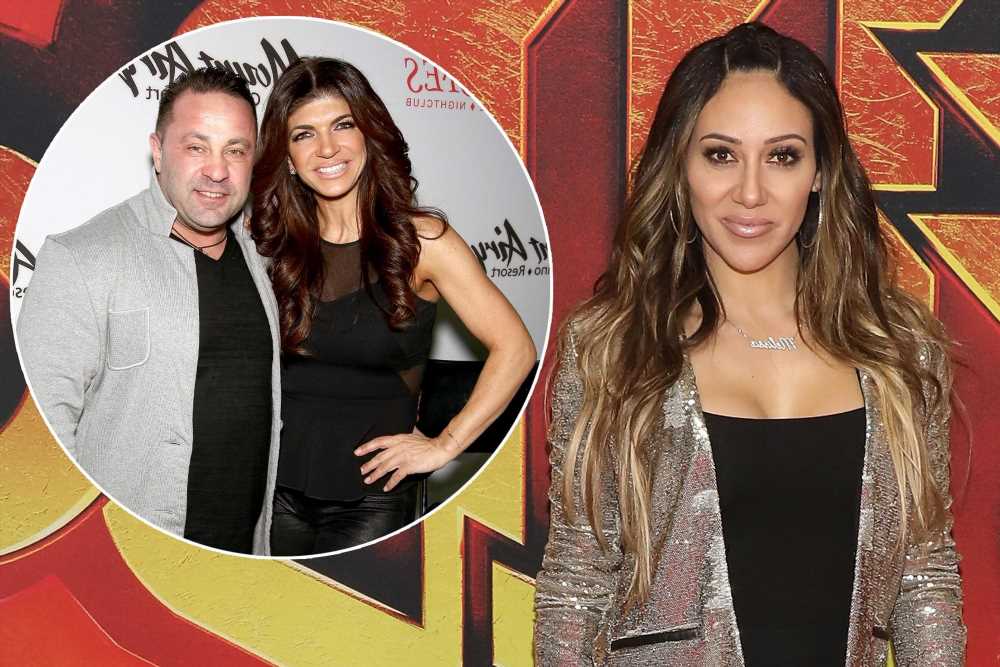 Margaret Josephs doesn’t regret yelling at her husband on ‘RHONJ’

Teresa Giudice put the ‘real’ in an ‘explosive’ ‘RHONJ’ reunion

“I really want her to be happy because I truly believe she hasn’t been happy in 10 years, minimum,” Gorga, 42, told Jackie Goldschneider on Wednesday night’s episode of “The Real Housewives of New Jersey.”

“I want to see who she is when she has a little bit of that happiness,” Gorga said of 48-year-old Giudice’s then-budding romance with Luis “Louie” Ruelas. “I am so excited for her to be happy.”

Gorga, who is married to Giudice’s brother Joe Gorga, added in a confessional: “Teresa held a lot behind those walls. She was always on the defense trying to like, back up what her marriage was, what her life was.

“So if she has a nice guy next to her holding her hand, making her feel good about herself, she’s gonna chill and she’s gonna feel content and loved and I think [she’s] gonna be such a better Teresa.”

But the couple also served his-‘n’-hers prison sentences on fraud charges; Joe was deported to his native Italy after his 41-month sentence was complete.

Teresa and Joe finalized their divorce in September. Joe is currently living in the Bahamas as he trains to fight Jennifer Lopez’s ex-husband, Ojani Noa, in a boxing match.

Giudice traveled to the Bahamas earlier this month with Ruelas and the new couple sat down for a dinner with her ex-husband and children.

“They’ve talked over the phone. Luis wanted to go to the Bahamas and meet him, which I thought was the most amazing thing ever,” Teresa shared on a recent episode of “WWHL.”

“He said he just wanted to talk to him and let him know he’s not trying to take his place or anything.” (For his part, Joe said the meeting was “awkward.”)

However, fans have yet to see how Page Six’s reporting on Ruelas’ “sex-obsessed” playboy past and previous assault charge has affected the couple’s relationship — which may come up at the show’s next reunion.

“The Real Housewives of New Jersey” airs Wednesdays at 9 p.m. ET on Bravo.