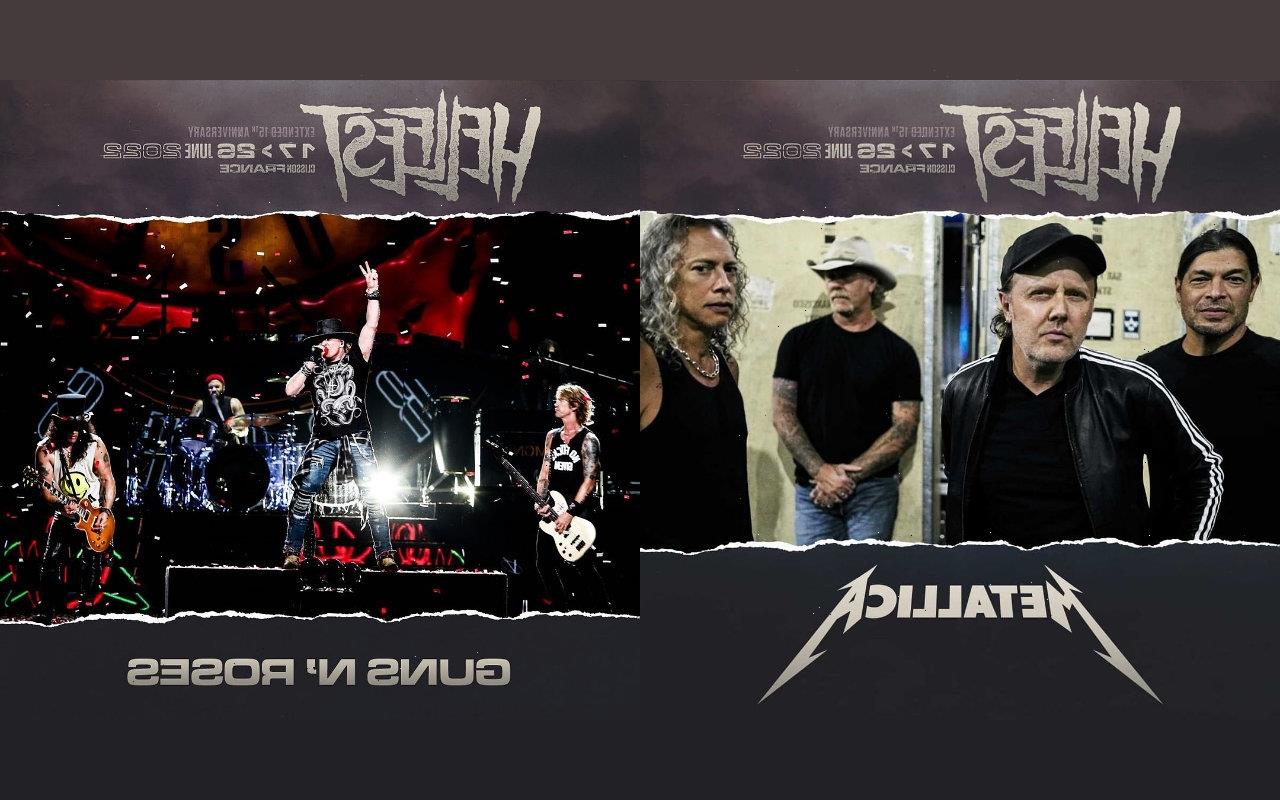 The music event taking place in Clisson, France will make its return as an in-person spectacle in June 2022, and festival founder Ben Barbaud promises ‘a new and unique format spread over 10 days.’

AceShowbiz –Metallica, Nine Inch Nails and Guns N’ Roses will headline France’s Hellfest when the event returns as an in-person spectacle next year (2022).

As a virtual edition of the festival launches this weekend, it has been announced that next year’s return will be bigger than ever.

Over 350 artists will appear with Scorpions, Deftones, Faith No More, Avenged Sevenfold, Judas Priest, Alice Cooper and Deep Purple joining the headliners among the highlights.

Festival founder Ben Barbaud announced the line-up on Thursday, June 17, stating, “It’s been more than 16 months since our work rhythm was turned upside down by the arrival of this virus, since the live music industry was extinguished. Despite this, our confidence has never been affected and we have kept working with a positive mindset.”

“The frustration of two years without a festival has led us to dream even bigger about our reunion! In 2022, we are offering a new and unique format spread over 10 days! Never done before, this formula will, without a doubt, remain in the history of so-called ‘extreme’ music! Twice as historic, because this formula is meant to exist only in 2022 and will not happen again in the years to come.”

The Hellfest marathon will begin on June 17, 2022 in Clisson, France and run over two weekends. The event lured 180,000 heavy rock and metal fans to France in 2019. Tickets for the first weekend have been sold out. The 2020 pass holders would be able to purchase tickets for the second weekend on July 6, while others will get the access beginning July 7.