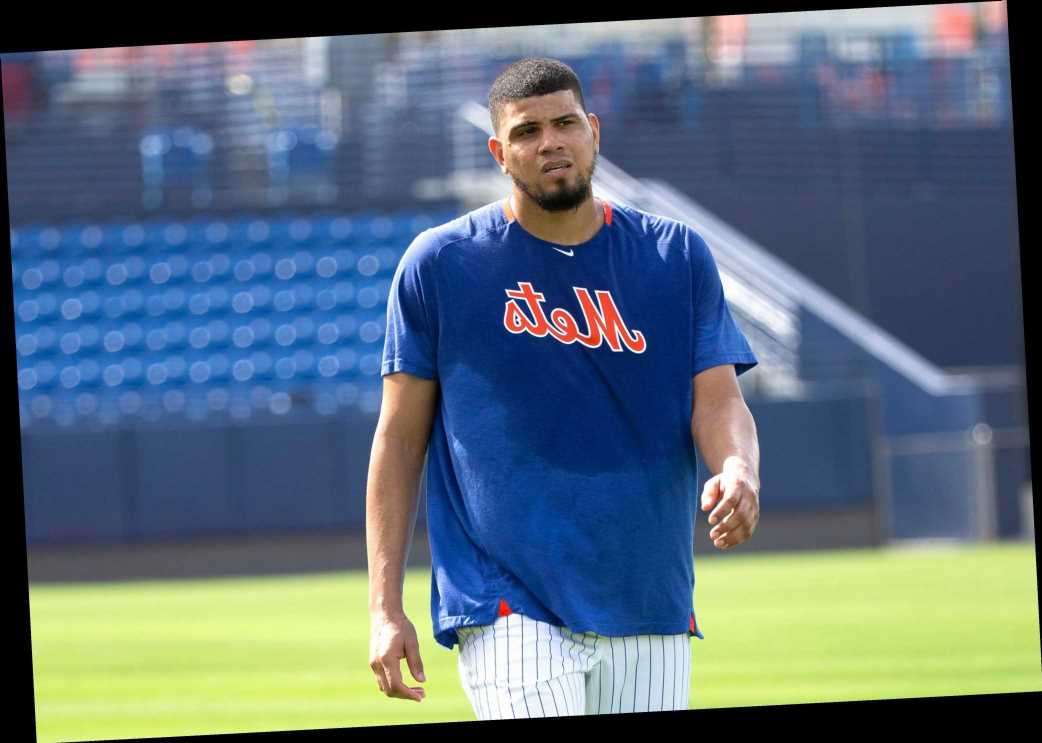 PORT ST. LUCIE — Guess who threw 88-90 mph on Saturday, in his Grapefruit League Mets debut? Who needed 24 pitches, 14 of them strikes, to get through four batters and retired just one?

Guess who’s freaking out and panicking?

OK, so not everybody resides at DEFCON 2 when it comes to Betances’ readiness for the regular season, no small matter for these Mets’ hopes. Both Betances and his new manager, Luis Rojas, speaking after the fact at Clover Park, sounded calmer than “Mad Men” big boss Bertram Cooper when he learned that Don Draper is actually Dick Whitman.

Yet Rojas and his Mets superiors can take all of the air and anxiety out of this situation by uttering five simple words about their priciest addition of the offseason:

“Opening Day is not the goal.”

Given what Betances endured last season with the Yankees, given the 2020 Mets’ high ambitions, shouldn’t the team emphasize the behemoth reliever finishing the season great, rather than starting it good?

“Our plan is to have him [on] Opening Day,” Rojas said of Betances, “so this is a big step today. We spoke a little bit in the dugout after the outing. He’s pleased with the performance today as far as going in there, ramping up the intensity, quickening up to the plate, throwing over and just doing different things from a competitive level.

“We’ve just got to keep monitoring him with all of the outings he has in the spring. See how he keeps moving up as we’re closing into the season.”

The problem lies in just how close we reside to the season’s start, March 26 at Citi Field against the very same Nationals — defending World Series champions, you might recall — who faced Betances on Saturday. Does that provide Betances with enough time to significantly improve both his velocity and command?

“Obviously, I’m not where I need to be just yet,” Betances acknowledged.

Betances walked Trea Turner, advanced him to second base with a wild pitch, walked Victor Robles, struck out old Yankees teammate Starlin Castro, saw Turner and Robles execute a double-steal and served up a two-run single, a grounder up the middle to Ryan Zimmerman. Opined another team’s talent evaluator on the condition of anonymity: “That was ugly.”

If you want to write off the walks, both with two strikes, as jitters after a long winter’s rehabilitation, go right ahead. Yet the velocity has to rank as at least a mild concern.

Consider that in Betances’ last healthy season, 2018, he averaged 98 mph in a pair of March regular-season outings (thanks Brooks Baseball Pitch f/x). The behemoth right-hander said Saturday his velocity resided at about this level in 2014, his breakout season; records show that he averaged 96 mph that April.

The greater worry traces back to last year at this time and Betances’ words that lead this column. At Yankees camp, he climbed up to 93 mph before falling back to 89-91, and he wound up on the injured list with a right shoulder impingement … which somehow turned into a lat issue … which he overcame in time to pitch in one game, Sept. 15 in Toronto, only to partially tear his left Achilles that day.

Hence the Mets picked up this four-time All-Star for just a one-year, $10.5 million commitment on the open market in December. Hence the anxieties linger. Hence there should be no rush on this low-risk, high-reward endeavor.

“The conversations that you have with them and say, ‘How do you feel? Where [are you]?’ They say, ‘Yeah, I’m exactly where I want to be.’ You definitely have got to respect that from veteran guys,” Rojas said. “We’ll see the progression as we keep moving forward.”

Betances received a nice ovation from the fans here when introduced for the first time as a Met. Think of how great that ovation could be in Queens, in October. The best path to get from here is the deliberate one, even if that means leaving Betances behind when camp breaks.