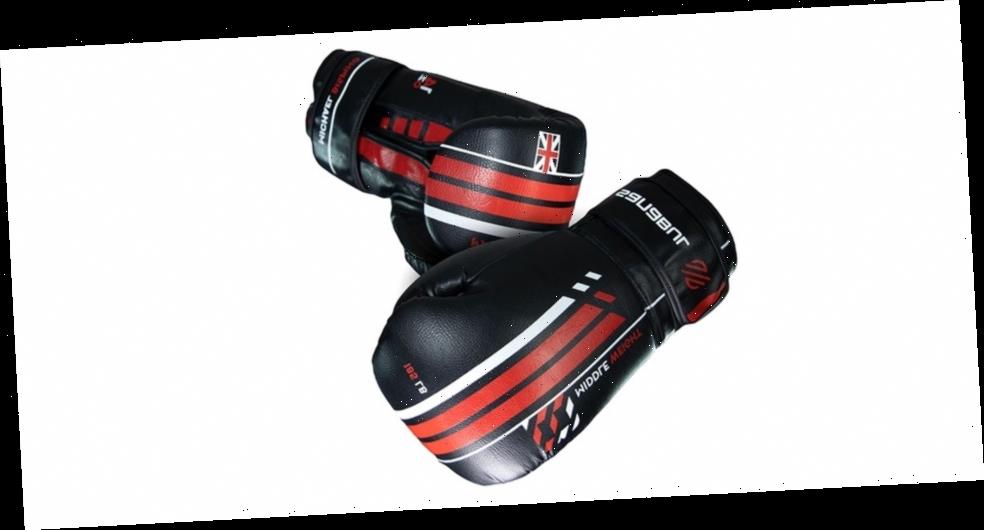 Coming off a cotton candy-inspired pair of boxing gloves with “Sugar” Sean O’Malley, Sanabul is back with a limited edition run of “Legacy” boxing gloves.

This time around, the striking equipment specialists have chosen to recognize UFC Hall of Famer Michael “The Count” Bisping and his MMA legacy. Still the only British fighter to have ever held a UFC title, Bisping was known for his impeccable grind and cardio. While often given the anti-hero badge for his relentless verbal abuse towards his opponents and unapologetic attitude, Bisping backed his words by defeating such names as Anderson Silva, Luke Rockhold, and Dan Henderson.

Available in a limited run of 50 pieces, these new 14 oz hook and loop gloves feature professional-grade padding and fit, a Union Jack motif, the words “Middle Weight” and “185” printed at the font, and best of all, every purchaser can send a question to Michael Bisping where he will reply is a personal video message.

Those interested can head over to Sanabul where they retail for $150 USD.

In other sporting news, Spalding’s limited-edition “Kobe Marbled Snake” basketball is a tribute to Mamba Mentality.