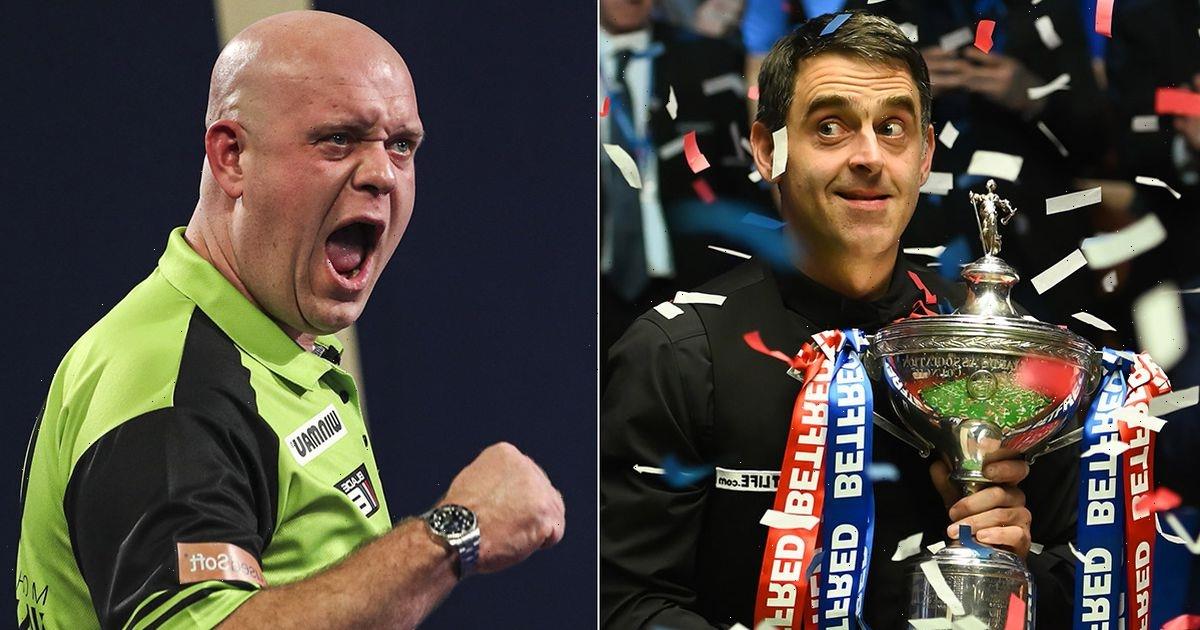 Michael van Gerwen has revealed he is inspired by the achievements of snooker great Ronnie O’Sullivan, and would love to match the Rocket’s seven world titles.

O’Sullivan clinched a record-equalling seventh world snooker title by beating Judd Trump earlier this week. You have to go all the way back to 2001 for his first Crucible crown. Like O’Sullivan, Van Gerwen has had some ups and down in his career – and in life away from sport – but the Dutchman is certainly on the up at the moment. The Green Machine won his second European Tour title of the season in Austria at the weekend and is well placed to clinch a Premier League play-off spot.

“It's good to be back to winning ways,” Van Gerwen told Sky Sports ahead of the next Premier League night, in Glasgow, where he will meet Joe Cullen in the quarter-finals. "It's always nice to win tournaments again. Don’t get me wrong, it takes a lot of hard work, takes a lot of doing, but it starts to finally pay out.

“I also get a lot of inspiration from my big friend Ronnie O'Sullivan, so he did well and I finally managed to do well too. It gives me big motivation. He's been doing it for so many years and of course I want to do it for a long time as well. It takes a lot of doing, but when you're able and your head is right, you definitely can do it.”

Van Gerwen won the last of his three world titles in 2019 and would love to reach O’Sullivan’s number. However, he feels there is more competition for the major honours in darts, making his quest for four more world titles trickier.

How many world titles can Michael van Gerwen win? Have your say in the comments section.

“That would be nice, but it's a bit too far away at the moment,” added Van Gerwen. “I think there's more competition in darts at the moment than snooker. Of course, there's people that can beat Ronnie, but there's not many.”

“He's been in the O2 before and to Ally Pally to watch me before," said Van Gerwen. "It's great. He's a huge ambassador, not only for snooker but for sport around the world."