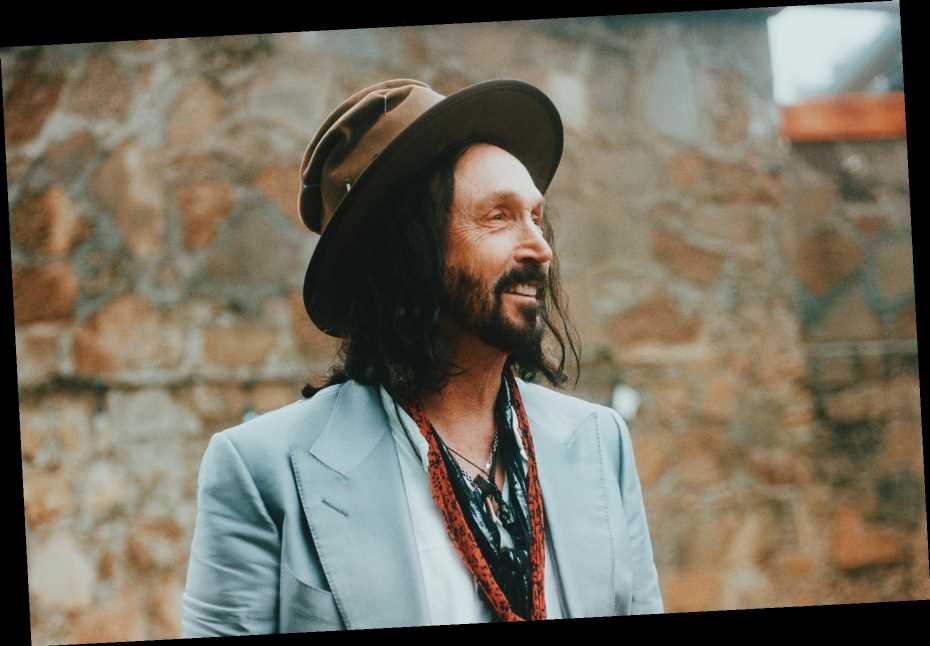 When Mike Campbell formed the Dirty Knobs with a loose collective of session pros back in 2001, he had no intention of making it his full-time gig. It was merely a chance to play some under-the-radar club shows when Tom Petty and the Heartbreakers were off the road. They rarely played to more than 200 people and never strayed far from the confines of Los Angeles.

“It was a good workshop for me to try out new songs in front of a crowd and see which ones stuck and which ones they didn’t like,” the guitarist says. “It was also just also a chance to have some fun without playing hits and the old Heartbreakers catalog, even though I love those songs. But it was nice to get a break from that and play the way I used to play when I started out, playing just for the fun of it.”

The band never cut an album and only the most devoted Tom Petty fans even knew they existed, though some songs that originated as Dirty Knobs tunes made their way onto Heartbreakers albums. “We had so many songs that we couldn’t keep up with them,” says Campbell. “I always thought in the back of my mind, ‘Someday if the Heartbreakers retire, I’d like to do this band. I think it’s really good.’”

The death of Tom Petty in October 2017 retired the Heartbreakers in the most tragic way possible. But after a few weeks of intense, private grieving, Campbell began spending more and more time with the Dirty Knobs, which includes bassist Lance Morrison, drummer Matt Laug, and guitarist Jason Sinay. “This isn’t how I expected things to turn out,” says Campbell. “But now we’re here and Tom is gone and this is what I’m focused on.”

Working at Campbell’s L.A. home studio alongside producer George Drakoulias, the four-piece cut an album, Wreckless Abandon, in just a couple of months. “I wanted it to be a live record in the studio without any bells or whistles,” says Campbell. “We cut most of the songs in one or two takes. We may fix a vocal later if I lost a word or went off-pitch, but a lot of the vocals are live too. I want it to sound like what we sound like in a bar.”

The music isn’t a radical departure from Campbell’s work in the Heartbreakers, though it’s closer in spirit to bluesier albums like 2010’s Mojo and harder-edged ones like 1979’s Damn the Torpedoes. (Anyone looking for pure pop in the vein of “Free Fallin’” or “Don’t Come Around Here No More” will be disappointed.)

There’s also a fair bit of humor, including the cheeky single “Fuck That Guy” where Campbell rips into a “clown dressed like Charles Dickens.” “If he was a woman, he’d think he was God’s gift to men,” Campbell sings. “Gonna stick his head in a garbage can.”

It’s tempting to read the song as an attack on Donald Trump, but Campbell swears it’s not aimed at any one person. “It could be about a guy that pulls in front of you on the road, but I didn’t want it to be about one specific person,” he says. “I didn’t want to get political, so we left it open for ‘insert your asshole here.’”

Another light moment is the John Lee Hooker–style blues vamp “Don’t Knock the Boogie,” which was inspired by an offhand comment by Drakoulias. “He came in one day in the middle of the record and went, ‘Don’t knock the boogie!’” says Campbell. “I don’t know where that came from. I said, ‘That’s a nice line. How about I do something with that?’ There’s no chorus per se, but it’s got a real infectious groove and it’s a chance for the guitarists to really go wild.”

“Loaded Gun” is another blast of pure energy designed for the live stage. “There’s a little sexual innuendo there if you choose to see it like that,” says Campbell. “We’ve been playing this live at our gigs for a while and it always goes down really well.”

“Pistol Packin’ Mama,” meanwhile, is a giddy duet with Chris Stapleton. He and Campbell met in the summer of 2017 when Stapleton opened up for the Heartbreakers at Chicago’s Wrigley Field. They only briefly chatted that night, but he phoned up Campbell after Petty died and suggested they get together and write some songs. “We’re total kindred spirits,” says Campbell. “I can’t say enough great things about him. So talented. What a voice, too!”

Sir Douglas Quintet keyboardist Augie Meyers (who plays on Bob Dylan’s Time Out of Mind and Love and Theft) also guests on “Pistol Packin’ Mama.” “We were sitting around listening to the record and were like, ‘Wouldn’t it be great to get someone like Augie Meyers to play the Tex-Mex thing?’” says Campbell. “George goes, ‘Just call him up.’ So we sent him the tape and it came back with that great part.”

The record was mostly done in early 2018 when Campbell received a call from Mick Fleetwood inviting him to join Fleetwood Mac for their next tour. It was an enormous opportunity that came completely out of nowhere, and it presented him with a minor dilemma.

“I had to make a decision,” he says. “I talked to the guys and they were very understanding. I said, ‘I gotta do this right now. It’s a once-in-a-lifetime thing. If you guys will just be patient and we’ll get this tour over with …’ I didn’t know the tour was going to take a year. But they were real cool about it, and they would have taken the gig too if they got the call and I would have been cool with that, too.”

They finished the record when Campbell finally fulfilled his obligations to Fleetwood Mac in late 2019 after 88 shows all around the globe. They originally planned on releasing it in March 2020 and immediately taking it on the road, but Campbell had a minor health ailment that forced them to delay it to September. And then the pandemic hit and wiped out their remaining gigs for the year. “It’s almost like the record that was never meant to be, in a way,” says Campbell. “We laugh about it and say, ‘Is it ever going to come out?’”

They eventually set it for a November 20th release. “We were trying to hold it to have a tour along with it, which would help a lot,” he says. “But we don’t want to wait any longer. I want the record to come out now, even though it’s against the odds now that many people will hear it without a tour. But we have been making videos, including a funny one for ‘Fuck That Guy’ with Jeff Garlin and Danny Trejo.”

They plan on finally hitting the road in the summer of 2021, mixing club dates with opening slots for Chris Stapleton at arenas, amphitheaters, and even Wrigley Field. Those shows will put Campbell in a position of playing unfamiliar music to giant crowds for the first time in a very long time.

Heartbreakers keyboardist Benmont Tench guests on Wreckless Abandon, but the whole band hasn’t played together since the final show with Petty more than three years ago. There has been some talk of a Wildflowers tribute show with guest singers, but for now that remains just an idea.

“I would consider it at some point in the future only because I had a couple conversations with Tom where he put forth the idea of a Wildflowers theater tour,” he says. “I’m not ready emotionally to have the Heartbreakers in a room and go ‘1, 2, 3, 4’ and look around and Tom’s not there. I’m sorry. I need to grieve a little more to get to that point in time, but I’m not against the idea. I do miss the guys, but Tom left a huge hole in the band.

“It would have to be almost a voice from beyond, almost like, ‘Guys, do this for me,’” he continues. “If I got that message, I would present it to the other guys. But it hasn’t been that long. We’re still grieving very deeply. It’s a big loss.”

Needless to say, any sort of live show is dependent on the pandemic clearing up and concerts returning. In the meantime, Campbell is working on songs for the next Dirty Knobs record, spending time with his wife, kids, and grandkids, and rehearsing with the band. They recently played to an empty Troubadour in late October to raise money for the struggling venue.

“To play with these guys is just a joy,” he says. “We miss it so much. I feel really blessed I have this band.”