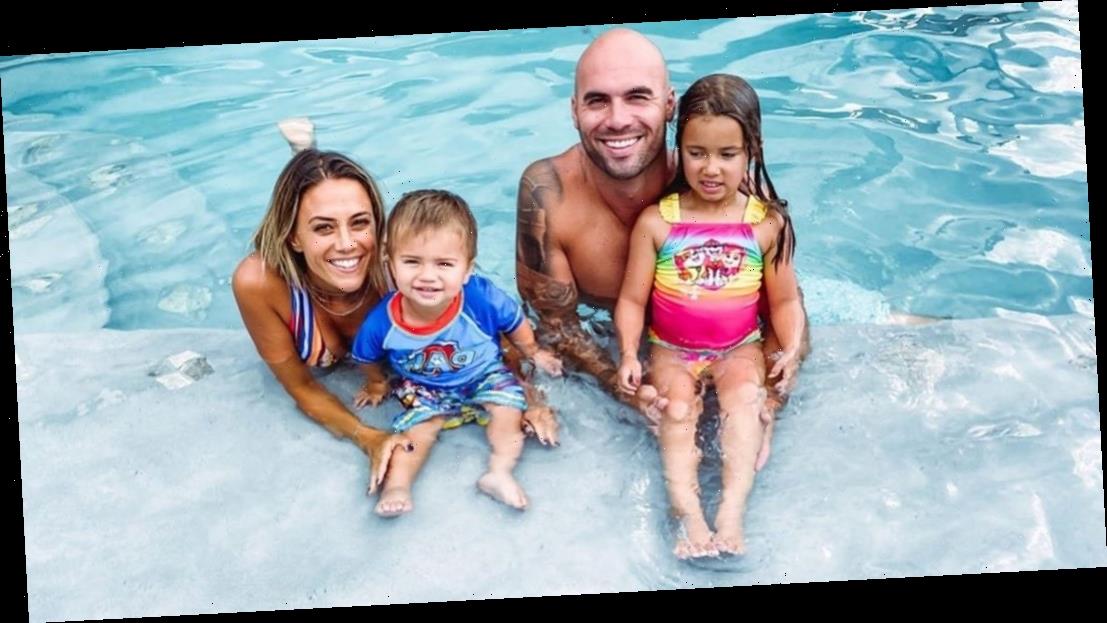 Warming up to the idea. Mike Caussin initially was not on board with Jana Kramer sharing their two kids’ lives on social media.

“I wasn’t completely comfortable at the beginning, but I became comfortable with sharing the kids so much,” the former professional football player, 33, said during the Monday, November 9, episode of their “Whine Down” podcast. “But then I was on board with it, and we never really discussed my reservations around it. But I’m all for it, and that’s our decision as a couple.”

The Virginia native, who shares daughter Jolie, 4, and son Jace, 23 months, with the One Tree Hill alum, 36, added that if they got divorced, seeing the little ones on social media would “crush” him. Caussin noted that another man being in the photos would be a “big” deal.

The conversation came up while he and Kramer discussed Brian Austin Green and Megan Fox’s recent drama after the Jennifer’s Body star, 34, called out her estranged husband, 47, for posting pictures of their three kids — Noah, 8, Bodhi, 6, and Journey, 4 — via Instagram.

“I know you love your kids,” the Tennessee native commented on one of the BH90210 star’s social media uploads earlier this month. “But I don’t know why you can’t stop using them to posture via Instagram. You’re so intoxicated with feeding the pervasive narrative that I’m an absent mother, and you are the perennial, eternally dedicated dad of the year. You have them half of the time. Congratulations you truly are a remarkable human! Why do you need the internet to echo back to you what should be inexhaustibly evident in the way your children love you?”

Caussin noted that “the easiest way to take a jab at your partner is using the kids,” while Kramer urged Green and Fox to put them first in the future.

“There’s so much bitterness and hostility that unfortunately the kids get thrown into it and that’s really unfortunate,” the “Beautiful Lies” diner said. “But hopefully, I know a lot of parents that have been able to do a coparenting therapy after divorce and it’s really helpful for them because they can talk about all these things.”

The Dancing With the Stars alum revealed that she used their daughter to hurt Caussin during their 2016 separation, explaining, “Shoot, I did it. I was like, ‘You can’t see Jolie until I’m done with DWTS. … That’s not healthy for the kids. But you’re just so angry that it makes sense that you might not be acting in the best frame of mind and you forget that you need to put your kids first. You feel like you’re putting your kids first but it’s also, you’re so angry at your partner too.”

Jana Kramer and Mike Caussin: A Timeline of Their Highs and Lows

She and the former NFL player briefly split following a cheating scandal, reuniting after Caussin sought treatment for his sex addiction. Kramer gave birth to their second child in November 2018 and exclusively told Us Weekly the following year that they plan to tell the little ones about Caussin’s struggles.

“I definitely think that’s going to be hard, because unfortunately, when they’re old enough, they’re going to Google,” the singer said in April 2019. “I personally would like for them to hear it from us first before they Google. They’ll never know specifics. That’s something that we’re not going to go, ‘Oh, your dad cheated.’ That’s not healthy for anyone to know. So it’s just, ‘Yes, this is your father’s addiction, but look at where we’re at now.’”