A former Victorian public servant was told he could lose his job for hosting a not-for-profit podcast in his spare time last month, in what he says was an attack on his free speech and an unfair impingement on his private life.

The head of the state’s public sector union has criticised the Victorian government for its “overly zealous application of an antiquated code of conduct”, arguing such threats set a dangerous precedent for the state’s 50,000 public service employees. 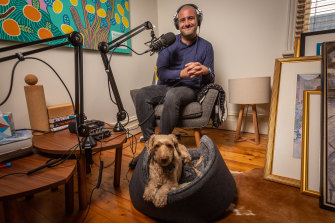 Karen Batt, Victorian and federal secretary of the Community and Public Sector Union, said she wanted to meet with the Andrews government to discuss how the code can be modernised for the digital age in a world where every individual can become a publisher through social media and podcasts.

Melbourne man Mike Davis has hosted Humans of Purpose since 2017, a podcast profiling “inspiring and purpose-driven leaders from our local community”. He also hosted Mental Wellth, a paid mental health podcast commissioned by an equity fund, until March 23.

When Mr Davis successfully applied for a job in the Department of Justice and Community Safety’s family violence and mental health agency in January, he advised them of the podcasts in his cover letter. He believes they helped his application by illustrating his passion for the topic.

However, on March 29 he was warned in an email, seen by The Age, from the director of the agency that she was concerned his podcasts were “contraventions of both the Victorian Public Service code of conduct and the DJCS Outside Employment Policy”. 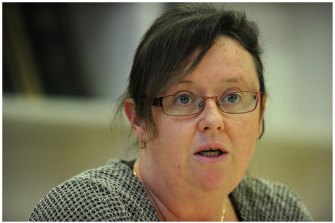 “I ultimately resigned because I am against the idea of working for a place that doesn’t allow me to express myself,” said Mr Davis, also a former senior policy adviser in Victoria’s Health Department. “It’s just a step too far to suppress that right.”

“If you are working on that, I would have thought you’d love people who have engaged in the space. That’s why it was such a shock,” he said.

Ms Batt told The Age the union was not surprised by the government’s reaction because its employee guidelines had not been updated to reflect the reality of social and new media.

“There is a lack of agreed guidelines and application on what should be considered a second job, or what constitutes a critical or public comment,” she said.

Ms Batt said “all if not most government employees” used an alias on social media because they feared the “double standards” of an unclear set of guidelines.

Section 3.8 of Victoria’s code of conduct states that public servants can only take up other employment “where the activity does not conflict with their role as a public sector employee” – including voluntary work or a second job.

The Tasmanian government’s attempt to modernise its code in 2018 included warnings against criticising politicians online and wrongly using the “angry face icon” on social media. The Liberal government quickly retracted the updates following accusations it was overreaching.

He said much had changed since the state’s Public Administration Act was last updated in 2015.

“I think people have a reasonable expectation of a private life that now includes things like podcasting,” Mr Farouque said.

“If someone is working on a mental health podcast, that is not instantly a conflict of interest – it’s like saying someone in the government’s sport department can’t do a podcast about their favourite AFL team.”

In a statement, a Justice Department spokesman said employees can “create and engage with social media but their activities shouldn’t conflict with their roles as public servants”. He said the government did not comment on individual cases but all staff must obtain formal approval before working another job or volunteering.

“Staff must also ensure any personal commentary doesn’t compromise information they obtain in the course of their government role, or their capacity to perform their role in an unbiased way,” the spokesman said.

Mr Davis said his podcasts weren’t an issue during his recruitment and believes they were used strategically to oust him from his job.

“The code is used indiscriminately and that is a worry,” he said. “It’s too late to help me but I want to engage with the Victorian public service commission so it can be improved.”