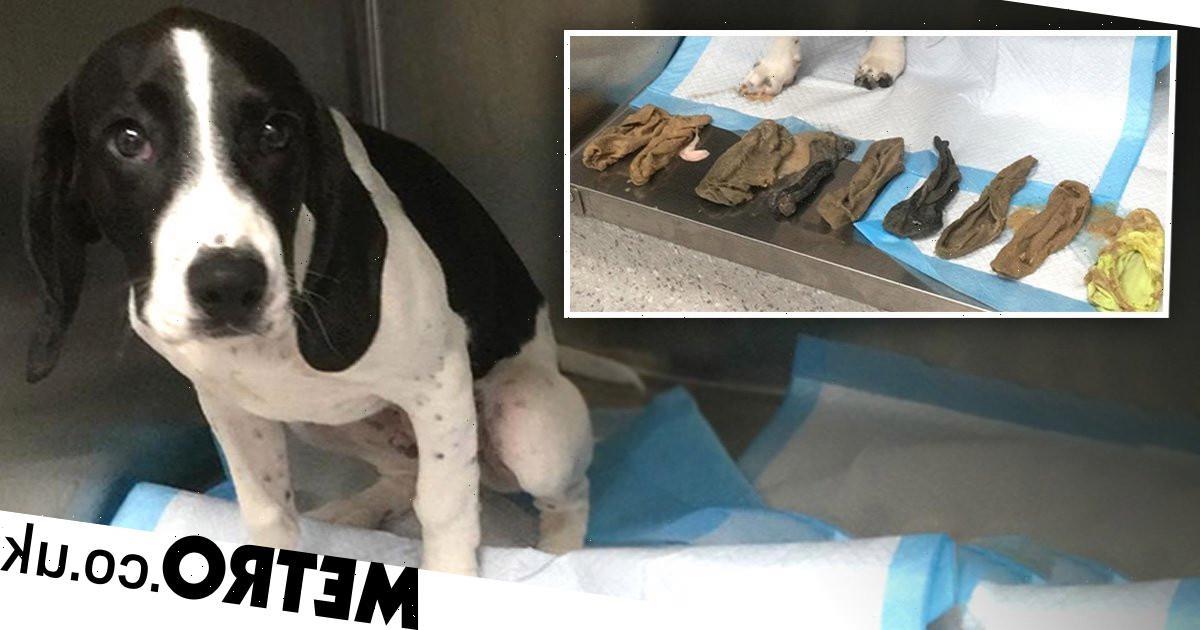 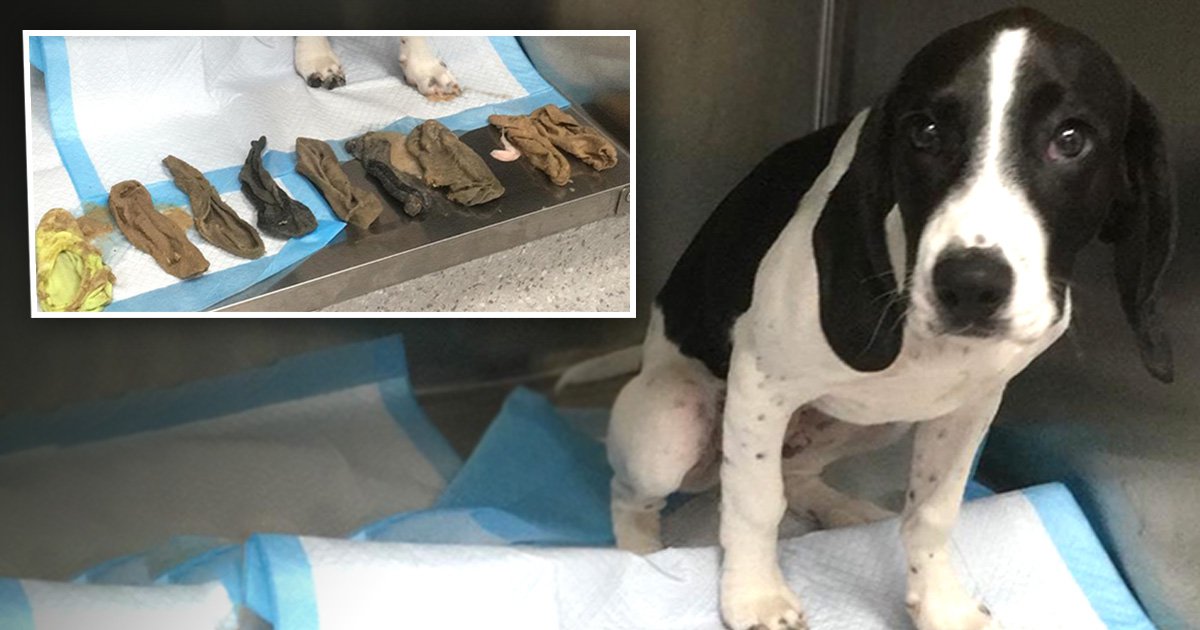 Beau, a Beagle-Harrier cross, was certainly in the dog house after gobbling up nine socks.

His owner Lucy Elliott says the pup is always running himself into trouble, but she became perturbed when she caught Beau devouring a single sock.

Little did she know, that wasn’t the only one that Beau had got his paws on.

After contacting the Vets4Pets office in Lisburn, Co Antrim, Northern Ireland, Lucy was advised to bring Beau in for an examination as soon as possible.

Beau’s vets were concerned that the sock would create long-term damage in his gut and would need to be removed by either surgery, induced vomiting or a natural approach.

Before his trip to the vets, the sock made no appearance, and so, the experts decided induced vomiting was the most effective option.

Within minutes Beau was sick and retching. However, both Lucy and the vets were shocked by what happened next.

Not only did the lone sock make a reappearance, but a second and a third emerged too.

In total, nine socks were retrieved from Beau’s stomach.

Sharing the story on their Facebook, Vets4Pets Lisburn wrote: ‘Beau’s owners got in touch when they saw him eat a sock.

‘We advised to bring him in so we could make him sick as there was a danger the sock could become lodged in his intestine.

‘Much to everyone’s surprise, he not only brought up one sock, not two, but nine!

‘Here he is looking very sorry for himself. Let’s hope he has learned to stay clear of socks from now on.’

The practice also posted a picture of Beau, and the dog had perfected the look of a guilty individual.

He looked positively shamefaced as the sock evidence was lined up before him.

Send us an email at metrolifestyleteam@metro.co.uk