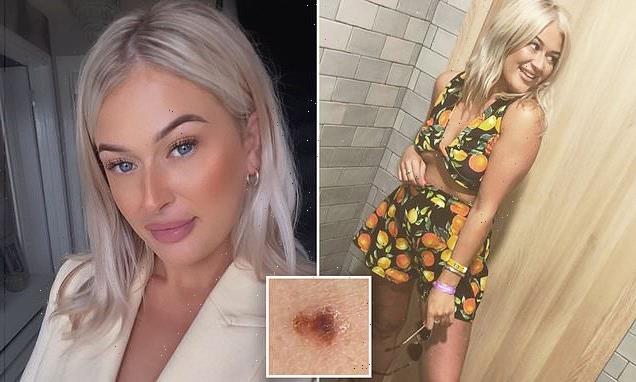 Mother, 29, who used sunbeds twice a week in the run up to girls’ holidays reveals her shock at being diagnosed with skin cancer after her leg went numb

A mother-of-two is speaking out about the dangers of sunbeds after she was diagnosed with skin cancer from using the beds to top up her tan before girls holidays.

Shannon Masterton, 29, from Derry, Northern Ireland, said she used the beds twice a week to get a better tan but she was diagnosed with melanoma in January 2020 and now she says they are not worth risking your life for.

One year, when she used the beds before a girls holiday to Benidorm, she noticed a change on her skin that looked like a freckle and it began to feel itchy while she was away.

The tanning fanatic said that the following year, before another holiday, she used beds again and noticed the same feeling on her leg which eventually became a burning sensation.

But she did not get it checked out because she was worried what doctors might tell her, and after a while the area of her leg started to go numb. 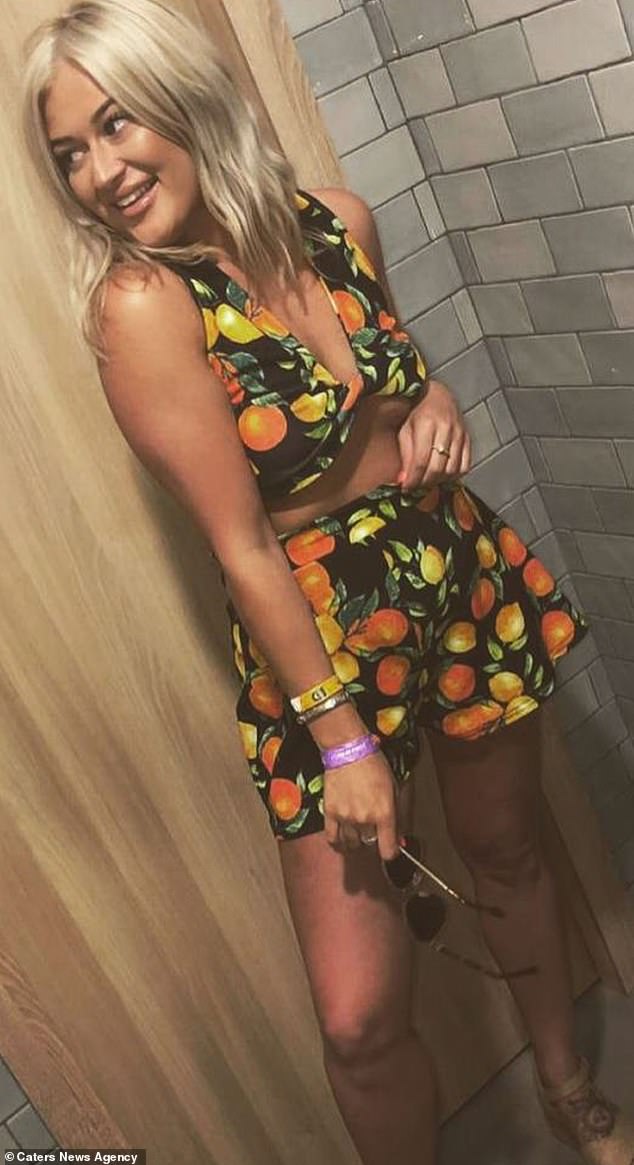 Shannon Masterton, 29, from Derry, Northern Ireland, pictured,  said she used the beds twice a week to get a better tan but is speaking out about their dangers after being diagnosed with melanoma in January 2020 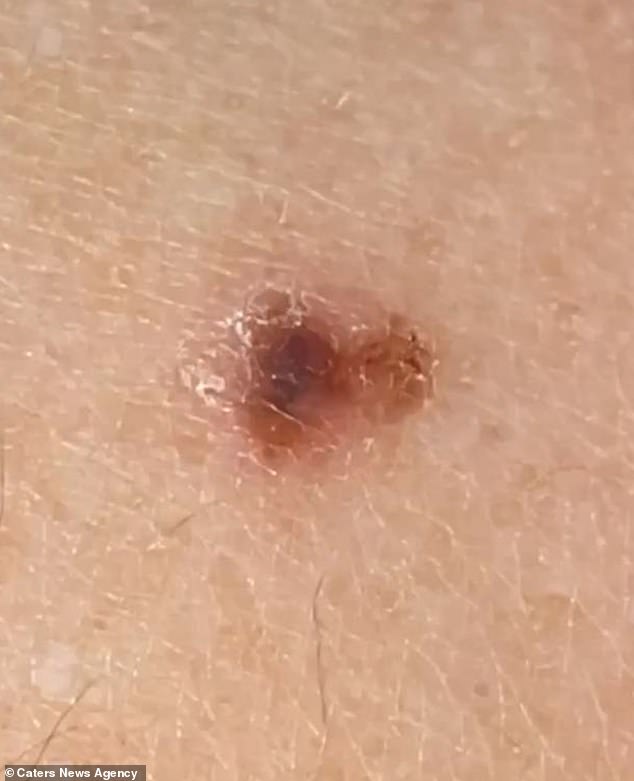 The 29-year-old had noticed a change on her skin, pictured, before a girls holiday to Benidorm which looked like a freckle and it began to feel itchy while she was away

Finally, after a friend realised in December 2019 that she had not had her leg checked, she forced her to go and see a doctor.

Shannon said:  ‘She is truly the reason that my kids still have a healthy mum here today.’

At her appointment, a doctor took some pictures and sent them to the dermatologist and within a matter of days she was called for an in-person examination.

‘At the appointment I had three moles removed and biopsied and the following week I got called in urgently to receive my results,’ Shannon said. 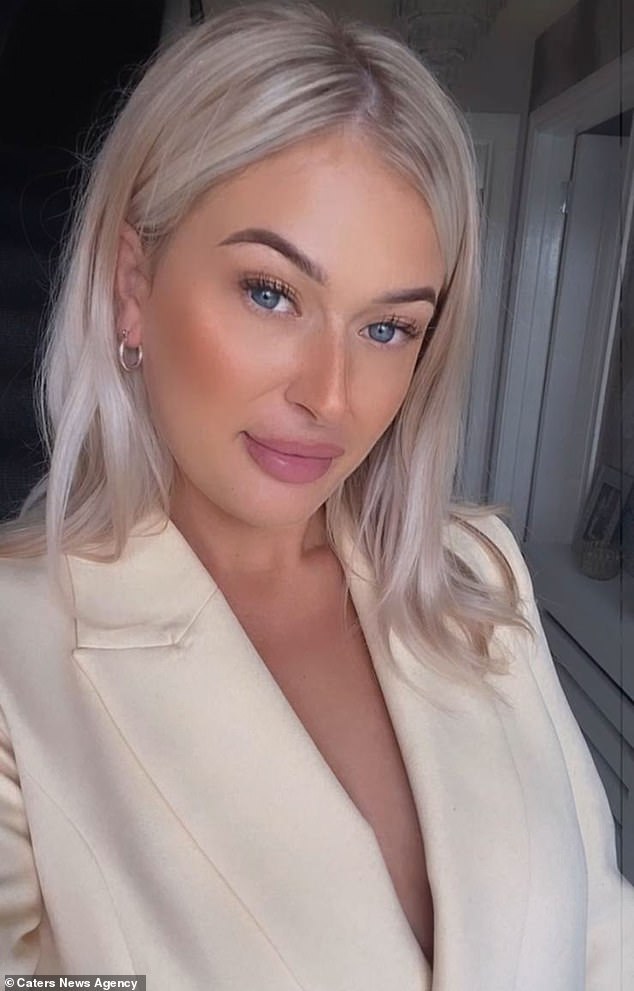 Shannon, pictured, said that the burning sensation on her leg turned to numbness but she did not get it checked out as she was worried what doctors might tell her

‘I knew something must have been seriously wrong and my heart sank,’ she added.

It was at that appointment, which she attended with her mother, that she was diagnosed with melanoma and she says her life flashed before her eyes.

The 29-year-old instantly thought the worst and imagined her children Maebh, nine, and Dara, seven, growing up without their mother.

And doctors asked her if she had been using sunbeds because they said they were almost 100 per cent sure that the cancer was due to sun exposure. 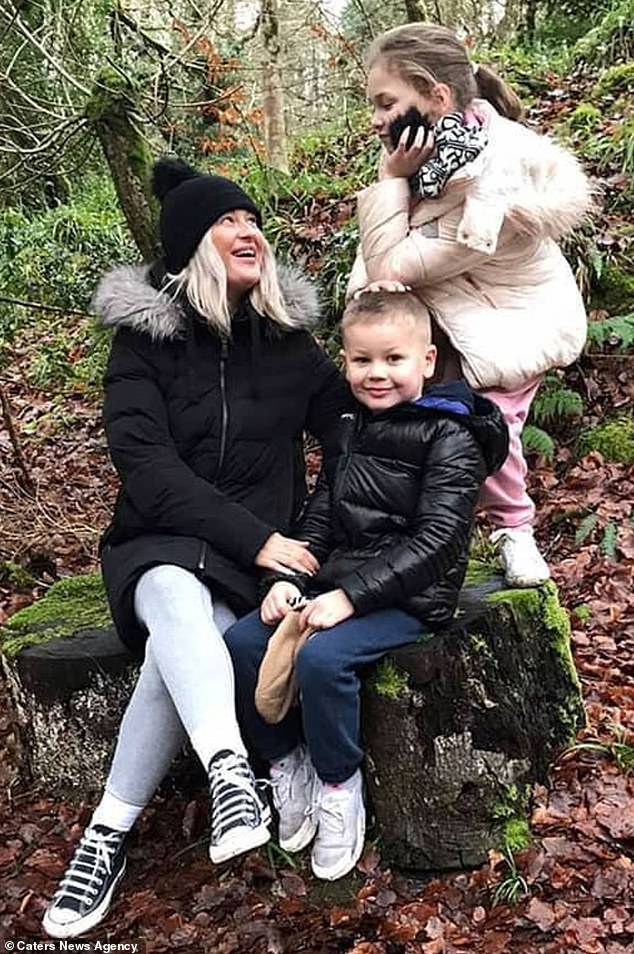 When she was diagnosed with melanoma in January 2020 after finally getting her leg checked, the 29-year-old instantly thought the worst and imagined her children Maebh, nine, and Dara, seven, pictured, growing up without their mother

She had a procedure where the cancerous and surrounding tissue in her leg was removed and some of the nerves were taken out too.

This is because the melanoma was so deep in the skin, and Shannon is now completely numb on that part of her leg.

The mother-of-two said she was awake for the whole procedure and could smell, see and hear everything. 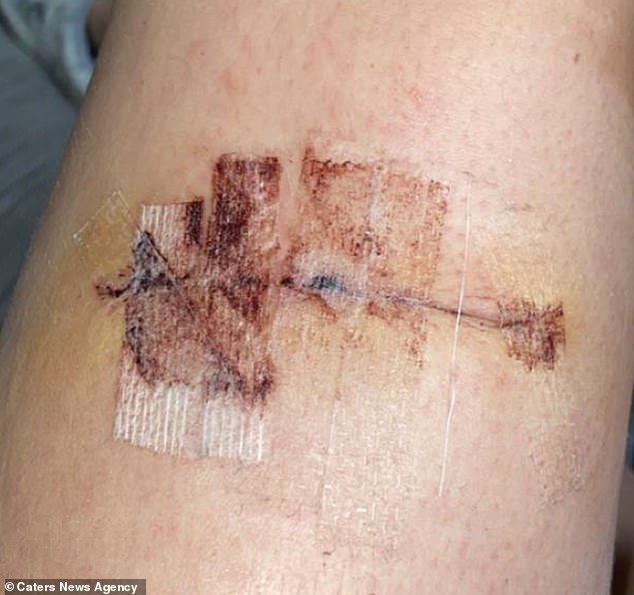 Shannon had a procedure where the cancerous and surrounding tissue in her leg was removed, pictured, and some of the nerves were taken out too 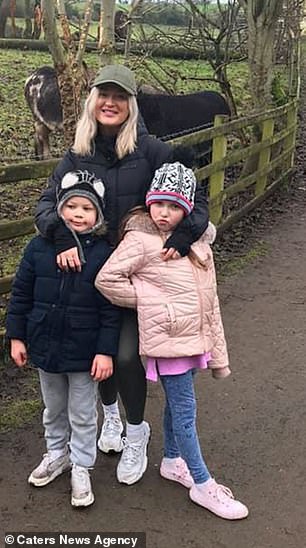 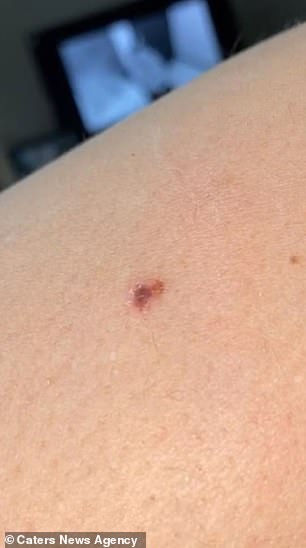 Shannon, pictured left with her children, said she ‘never felt fear like she felt’ when she was diagnosed with skin cancer, pictured right

Melanoma is a type of skin cancer that can spread to other organs in the body.

Signs and symptoms of melanoma

The most common sign of melanoma is the appearance of a new mole or a change in an existing mole.

This can happen anywhere on the body, but the most commonly affected areas are the back in men and the legs in women.

Melanomas are uncommon in areas that are protected from sun exposure, such as the buttocks and the scalp.

In most cases, melanomas have an irregular shape and are more than 1 colour.

The mole may also be larger than normal and can sometimes be itchy or bleed.

Look out for a mole that gradually changes shape, size or colour.

Shannon said: ‘I didn’t think anything of my sunbed use.

‘I thought because I only went on twice a week and didn’t use them all year round it would be fine.

‘I never imagined in a million years that this would be happening to me.

‘I have never felt fear like I felt when I was told that I had skin cancer.’

The 29-year-old said:  ‘I’m so lucky that I caught it early enough and went to the doctors when my friend forced me to.

‘It could have been a very different story.

‘I am so much more cautious now. I am always covered up and so are my kids.

‘It’s just not worth the risk.

‘I’m in the all clear at the minute and I am grateful to the NHS for the regular check-ups I still have to this day.

‘I’m also grateful to my friend, Aine, and everything she did for me. Life could have been very different if I didn’t have an earth angel as a friend..’