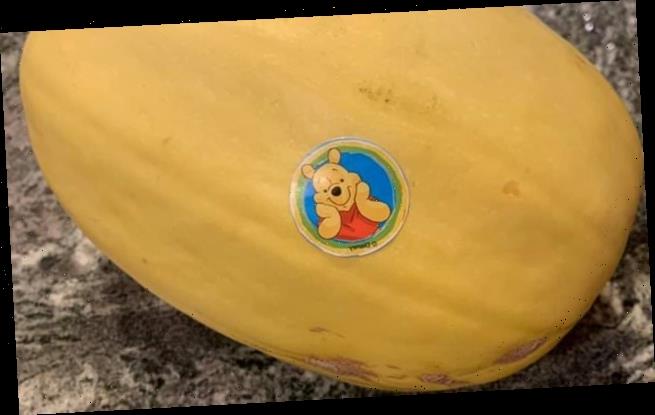 A crafty mother has used stickers related to her children’s favourite shows and characters to encourage them to eat fruits and vegetables throughout the day.

Jane Stine, who is based in Thailand, came up with the epic ‘parenting hack’ after noticing her kids were drawn to products that had cartoons on them.

‘You know how kids always want Paw Patrol yogurt or Disney waffles or whatever?’ her Facebook post read.

‘Bring your own stickers to the grocery store and start sticking. Today we’re having Winnie the Pooh brand spaghetti squash. It goes perfectly with Toy Story broccoli.’ 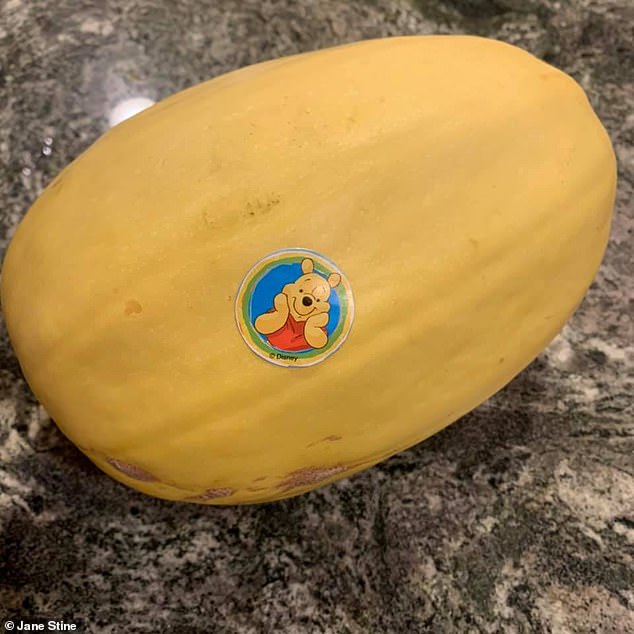 Jane Stine, who is based in Thailand, came up with the epic ‘parenting hack’ after noticing her kids where drawn to products that had cartoons on them

She showed off her work by taking a picture of the squash with its matching sticker on top, earning 17,000 ‘likes’ on her post.

There were thousands of comments from parents wanting to congratulate Jane on coming up with such a ‘sneaky’ idea.

‘That’s hilarious! Such a great idea. I’ve got a bunch of Paw Patrol and Ninja Turtle stickers that are the perfect size,’ one woman said.

‘Maybe I should start throwing Elsa stickers on everything,’ another woman said.

A third added: ‘This would have been the perfect trick when my kids were little’.

In Australia children between the ages of four and eight should be eating 1.5 servings of fruit and 4.5 servings of vegetables every day.

This increases to two servings of fruits and five servings of vegetables each day between the ages of nine and 18.

While some parents took issue with the need to ‘bribe’ children with stickers, Jane insisted it was merely encouraging them to pick up an extra piece or two of fruit and veg.