A mum has defended using the baby name "Richard" for her daughter and says the little girl "loves" the name.

In a TikTok video, mum Bobbi Althoff @alexandriaalthoff responds to a comment from a fan, asking her "Did you really name your daughter Richard?"

In response, Bobbi makes a new video while balancing her baby girl on her hip and appears to double down on the unique choice of moniker.

She says: "Yes I did name my daughter Richard and I wanted a boy but I had a girl and I decided to name her Richard anyways.

The mum adds: "She loves it so I don't really know why people have a problem with it, but you can take that up with her." 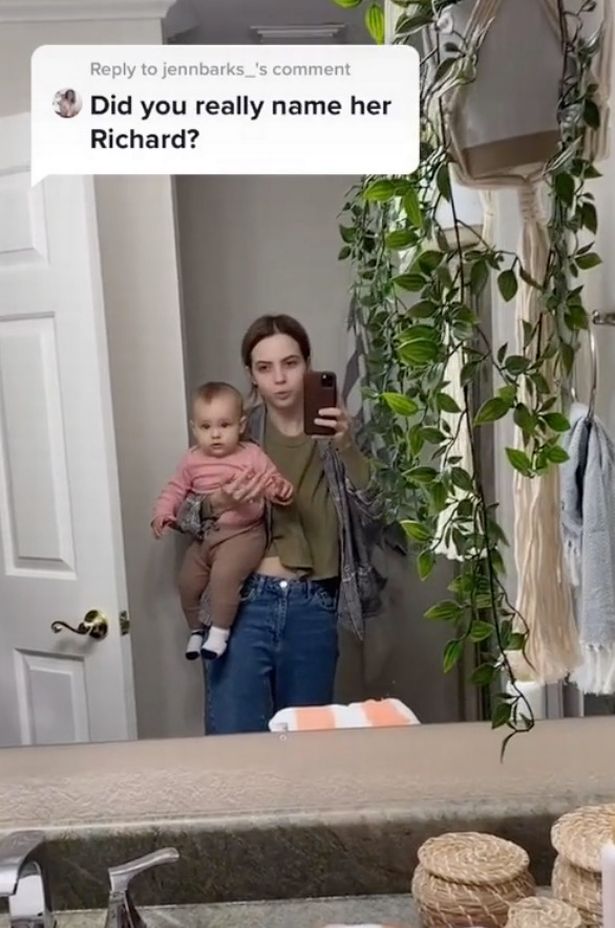 Unusual baby names tend to spark a fierce debate between the traditionalists and more open-minded, and Bobbi's post was no different.

The clip was watched more than 4.8 million times on the video-sharing app and received more than 200,000 "likes" and thousands of comments.

Sounding deeply unimpressed, one viewer said: "I feel bad for when she goes to High School." "I feel so bad for your baby," moaned another person.

There were also many people who supported the mum and some said they had family members who were given typically masculine names and absolutely loved them.

One gushed: "I feel like Richie is actually such a cute nickname for a girl."

"My daughter is having a girl in July her name will be Raymond," said someone else.

Another person confessed: "My little girl’s name is Bradley."

Meanwhile, others reckoned the mum was pulling everyone's leg and her daughter wasn't really called Richard at all.

"Obsessed with people in the comments thinking this is serious," wrote one.

"The amount of people thinking this is real on here is concerning," commented someone else.