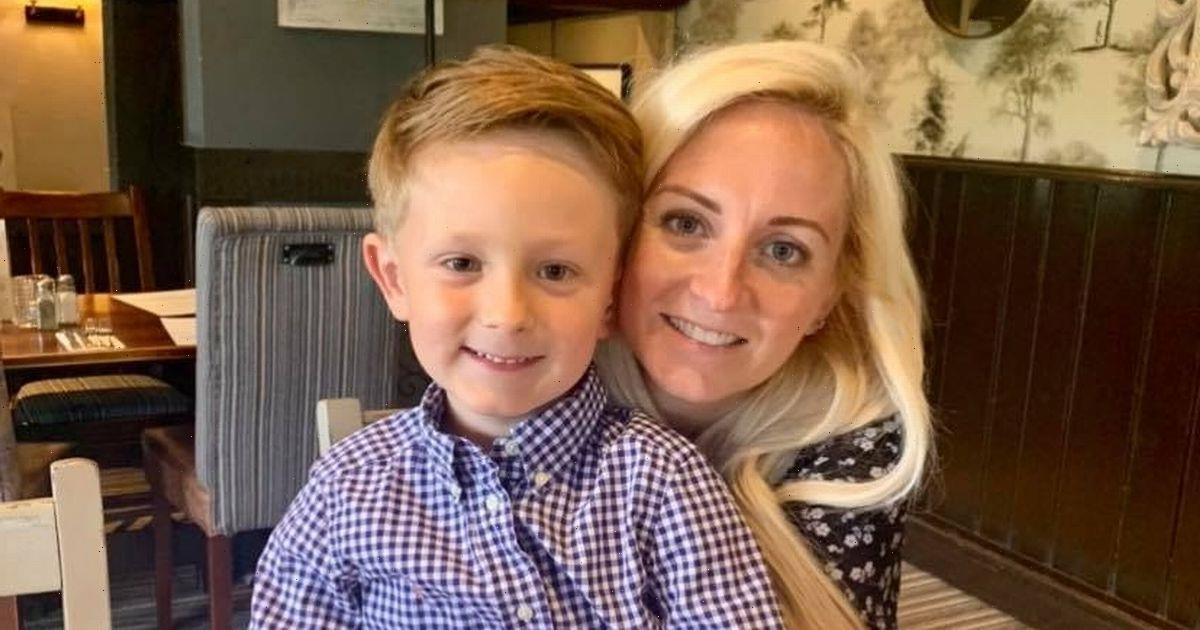 A mum has helped ease her son's back-to-school anxiety by sewing a sweet message onto his school jumper.

Kat Gurnett, 35, says her creative idea has helped her five-year-old son Davey Gurnett settle into his first week in Year 1.

Last week Davey returned to his primary school but was left feeling anxious by the change from reception to Year 1 so Kat sewed two kisses onto his sleeve.

She then told him that if he's missing home that he could kiss the embroidery so he can "send a kiss back home".

The mum said she got the idea after seeing other parents do similar things for their children but wanted to do something Davey would have with him at all times.

Kat, from Hemel Hempstead, said: "It’s a very emotional time, some kids find it easy, walk in and don’t look back. But some find it a bit more difficult which is heartbreaking for the parent.

"I saw things online from other mums about how their kids felt anxious going back to school.

"Some were giving their kids bracelets but I didn’t want to give Davey anything he could lose because he could then spend the day even more upset.

"I explained to him that if he missed us at all he could kiss, rub or hug the kisses and it would send a little kiss to us."

And it ended up working a treat!

Kat recalled how when she picked Davey up from school he adorably asked if she felt his kisses back home.

She said: "It was as much for me as it was for him.

"I felt better knowing he had that to comfort him."

It comes after a mum takes identical picture of daughter on first day of school for 10 years.

And a couple raise newborn and toddler on old bendy bus they bought on Gumtree.