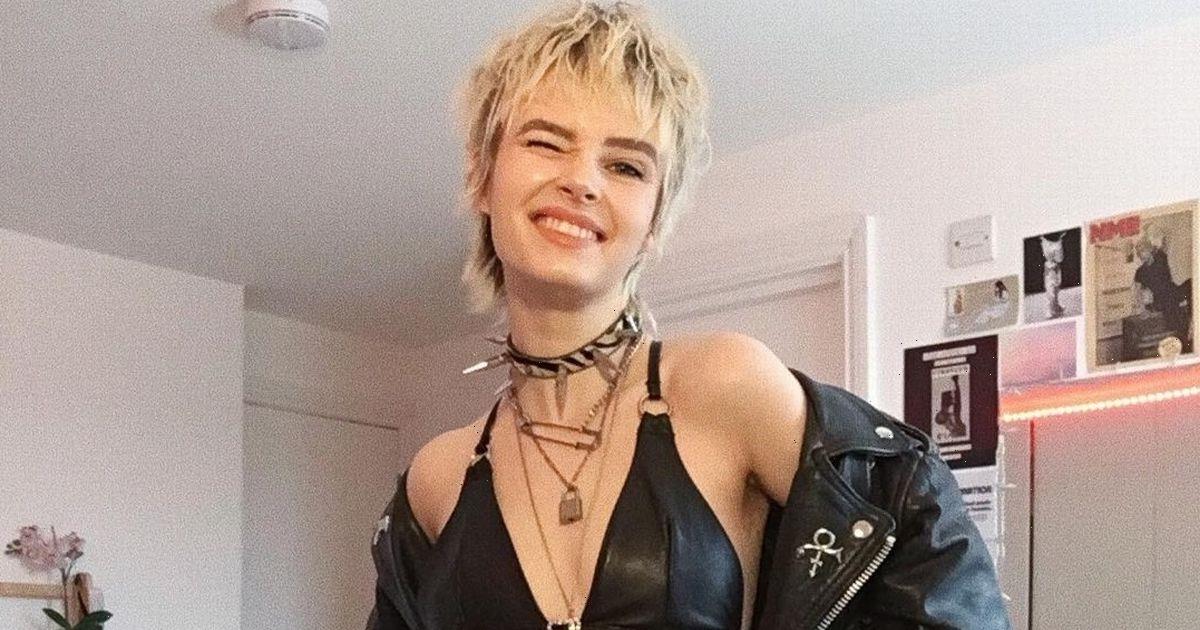 The Heavy Music Awards is a highlight for many rock and metal fans, but many viewers at home were furious when the livestream was taken down after a female performer came onstage wearing only chains.

Wargasm bassist Milkie Way, 23, has modelled alongside the likes of Cara Delevingne, and had a lot to celebrate after her band won Best UK Breakthrough Artist at the awards.

The ceremony, now in its fifth year, was being hosted at the Kentish Town Forum presented by Amazon Music.

It was being livestreamed on Twitch so music fans at home could watch the performances..

Talented performer Milkie (real name Rachel Hastings) appeared onstage to perform with another act called Trash Boat, and looked stunning clad only in chains across her top half, exposing her chest.

Twitch instantly banned the ceremony's stream, leaving music fans furious because they had been waiting to watch a band called Sleep Token who were headlining, and they missed out.

Milkie tweeted after the fury from fans saying: "I would say I'm sorry for getting the Heavy Music Awards Twitch stream shut down for three days because of my nipples, but I'm simply not."

She joked: "I did tell you all you were going to see my nips whether you liked it or not…"

After complaints, she followed up with: "Seriously, the last thing I'll say on this is that I just wanted to wear a nice outfit that I felt good in for an important event, and if you think that needs policing and that I'm the reason your night was ruined then I will straight up fight you."

She finished by writing: "POLICE YOUR EXPECTATIONS, NOT WOMEN'S BODIES."

The singer of Trash Boat also called out the double standards as he was wearing a sheer fishnet top which was also revealing: "The stream got banned for Milkie Way's nipples but not mine. My nipples lack power and this must be rectified… "

One fan wrote: "Whatever it is, please make Sleep Token's performance available for us to view. They're the main reason I stayed up at 3am, to watch the award show and the channel got taken down at 5am right before they even perform", with a crying emoji.

Another ranted: "You're being selfish about it when people were genuinely disappointed.

"You could've just followed Twitch's terms of service and not ruined it for everyone by being selfish, but good for you I guess?"

One of the awards hosts also defended Milkie saying: "Milkie is a queen and Twitch needs to do better. The singer – a male – of Trash Boat wore a fishnet top."

"Twitch didn't have a problem with that (He is a king not his fault either, using as an example), engrained sexism from Twitch. Bin. Don't send her hate, she's epic"

The awards organisers spoke out confirming: "If anything this just makes us love Milkie Way even more. Every aspect of all the performances tonight made us so proud of this scene and excited for its future."

Other award winners on the night included Bring Me The Horizon, Enter Shikari and Nova Twins.