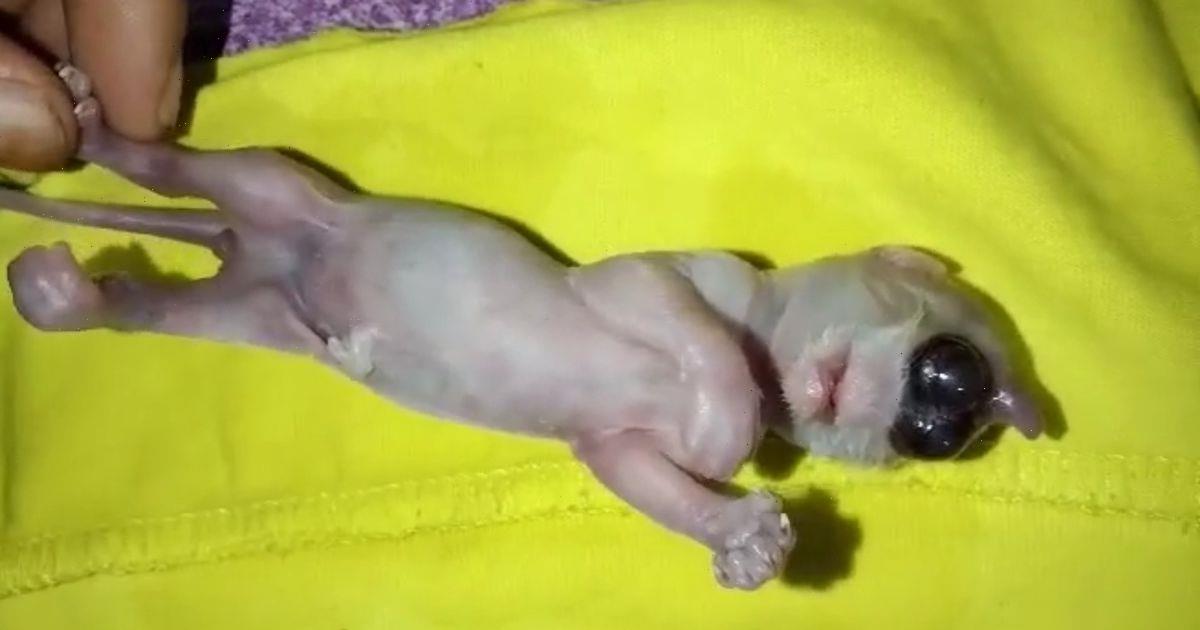 A hideous mutant creature looking like a cross between a kitten and a monkey has been dubbed a 'dark spirit' and 'bad omen'.

The 23-year-old shared shocking images of it online and was told by neighbours that it was an evil spirit.

It only has one eye, although it is shaped like a pair of binoculars making it look like two.

He said: “There were four offspring and one was born different. It looks like a monkey.

“It has a horn – probably it’s his nose. Some say it was an engkanto. There are two different types of engkanto, some bring bad luck and some bring good luck.

“They say it's bad luck because the kitten is cursed.”

In the Philippines, engkanto are mythical spirits that are thought to possess victims, causing madness and depression and spreading disease.

However, some are thought to bring tremendous luck and riches.

Along with the freakish eye and weird skin, Michael's creature has a protrusion growing from its head and whisker-like hairs surrounding its mouth.

He explained that the creature was born alive, breathing out of its mouth for around half an hour before it died.

He was told by vets that the mother cat's age and diet were likely responsible for the abomination.

He said: “The experts on animals say it is caused by malnutrition and because the mum of the kitten is eight years old.

“I think it's very weird yet unique, because the mother always produced and delivered normal offspring and this is the first time this has happened.”

Michael now plans to preserve the body in a jar of alcohol.