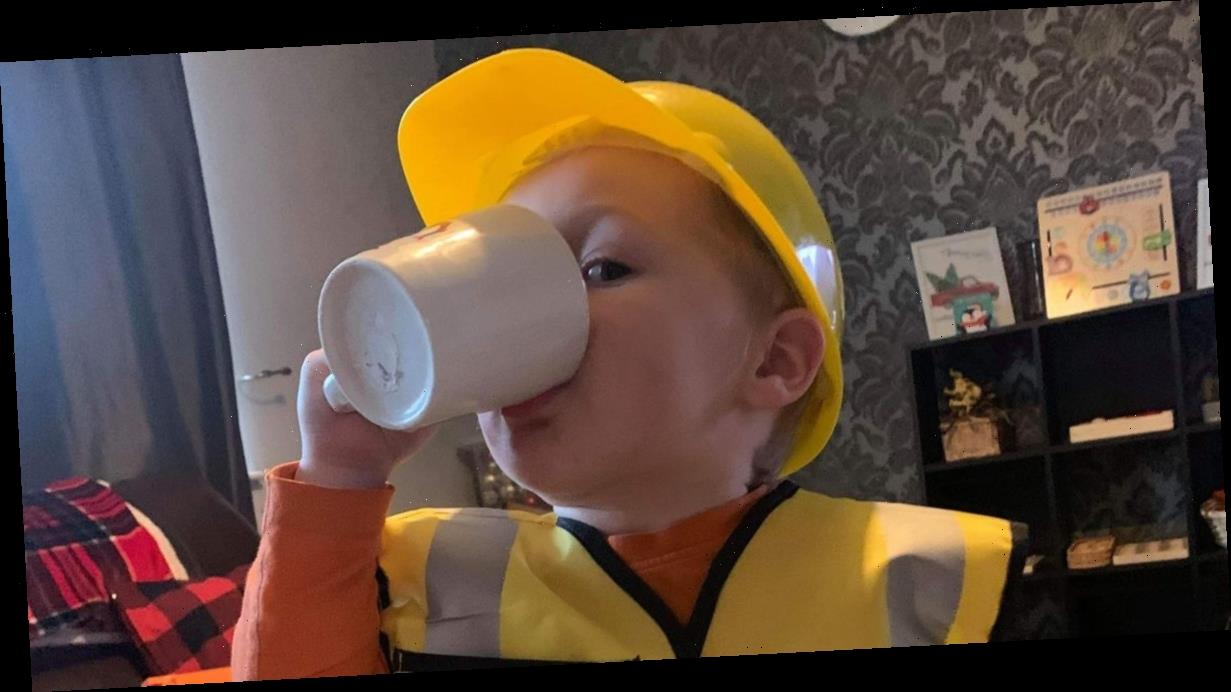 A two-year-old has more life skills than some university students do.

Jax Taylor is able to make cups of tea, put the washing on and prepare meals with little help.

Proud mum Florence has taught her son to be independent using the Montessori parenting technique.

This controversial method gives kids the opportunity to learn and explore the world without much interference.

But while some see it as unsafe, mum Florence says Jax is self-sufficient and driven.

As the tot pitches in with chores around the house, it also gives the family more time together too.

Florence, from West Sussex, told the Mirror : "I loved the idea of my son being self sufficient, self motivated and developing in his own time in his own way.

"It’s about being there to guide the child but letting them lead the way in their development.

"There’s no praise or punishment, just guidance and natural consequences. There’s also a huge emphasis on what we call 'practical life work' which is daily life activities so laundry, washing up and DIY.

"The main benefits for my family personally is that because I allow my son to join me in cooking, laundry and anything else that he’s interested in, there’s next to no power struggles and he’s a toddler.

"He is very independent, because he’s been allowed to be. Without having to say ‘mummy’s busy/go play/no you’re too little’ all the time, he’s learnt skills that some adults I’ve met don’t even have.”

The 25-year-old mum added: "My son can, and does, do a full laundry cycle. He knows how to put the right setting on, where to put the pod and softener, and to swap it to the tumble dryer when it’s done.

"I’ve walked into the kitchen to see him moving the washing over to the tumble dryer, and all I had to do was say thank you.

"He's always had an interest in cooking and so I let him. We have toddler safe knives and cookware and he has made a lasagne, bolognese and omelettes pretty much by himself.

"I am always right there to keep him safe. He uses the stove but he knows it’s hot and not to physically touch it and he never has, he even told me to move my hand once because it was on the stove and the stove is hot.

"A common saying in the Montessori community is ‘give as much help as needed, but as little as necessary’ and that’s exactly what I do.”

Florence added: "My son knows how to make a cup of tea, from start to finish.

"He does the whole process apart from pouring the kettle, mainly because it’s too big and heavy for him. But he understands it’s hot and not to touch it and that mummy does that part.

"Then he strains the teabags and removes them and stirs the tea and off we go.”

The toddler and his mum then enjoy the fruits of his labour – with Jax drinking decaf and helping himself to snacks when he wants them.

As well as letting the tot make his own decisions, Florence supports him through learning skills like crossing the road.

She explained: "Of course I am right there ready to stop him running in the road if need be but I do give him the opportunity to make the right decision himself and he pretty much always does.

"I think because he’s been given the opportunity to do things independently through his own trial and error rather than me always stopping him he’s learnt it for himself.

"For example, he knows how to use and hold scissors in a safe way, so one time I left some scissors on the sofa by accident and he picked them up, with both hands around the closed blades and gave them to me – because he knows how to hold them safely.

"He’s always kept safe and supervised, but also given the space to make mistakes and learn from them."

Florence swears by the Montessori technique – and her family and friends support her too.

Despite this, some are critical of the parenting method.

The mum revealed: "Social media is a spectrum, and we’ve received both ends of it…

"One half saying it’s amazing, me and my husband were both there so he’s obviously supervised and how much he respected the knife as a tool and not a toy.

"The other half claiming child neglect, endangerment and bad parenting. There were no injuries, not even close to any actually.”

Florence hopes that more parents will try her approach, but stresses that it's essential to do research first.

She added: "Some people will judge but most are just curious and amazed.

"I truly believe it’s the best thing anyone can do for their child is to practice Montessori.

"And I’m comfortable with that fact and peoples opinions don’t effect me because I’m happy with my parenting decisions and so is my son."