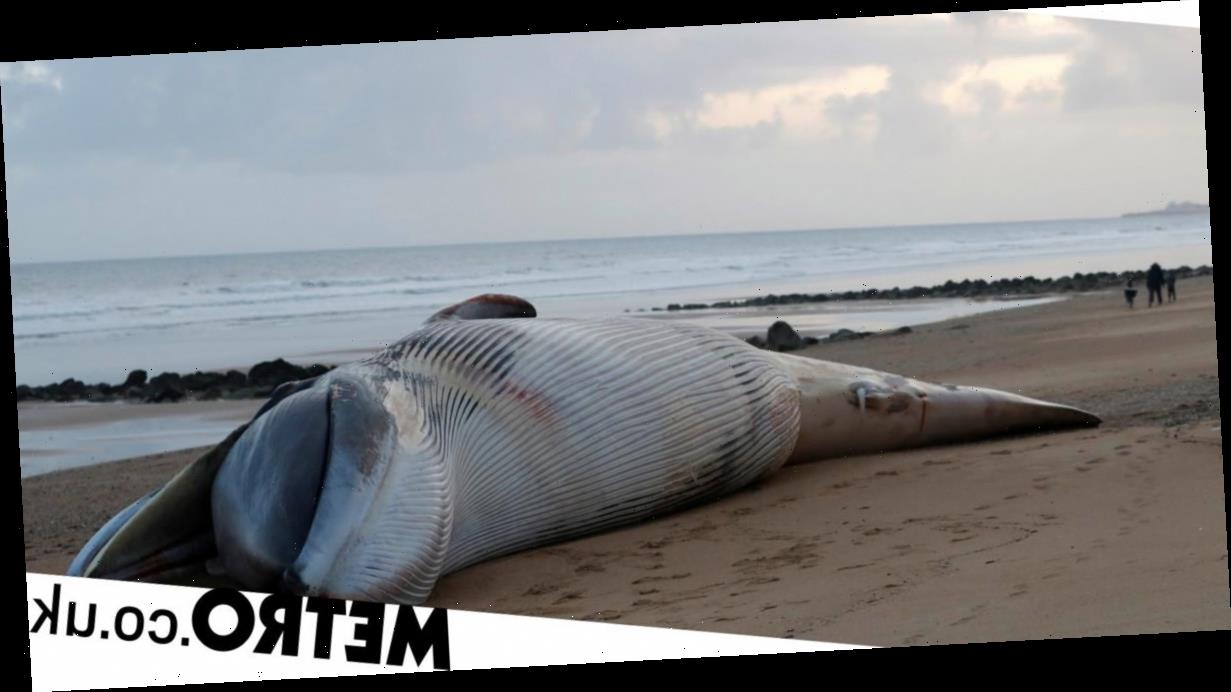 Over the last six weeks, a number of dead fin whales have been washed up on the beaches on the western shores of France.

While the occasional whale carcass is to be expected, there has been a noticeable ‘spike’ that has experts concerned.

The whales are all fin whales – the second largest in the ocean after the blue whale – and have no apparent cause of death.

In total, six have been found over the last month and a half, none with any form of external collision that could indicate a fight or a run-in with a shipping boat. All six whales have appeared malnourished and shown signs of haemorrhaging in the cardiac and respiratory systems.

Marine biologists have now used a mechanical digger and long knives to dissect one of the whales and take samples. They hope to uncover the mystery of why these whales are dying.

One theory is the whales could be suffering from a potential virus pathogen.

In an average year, there may be between three and ten whales washing up on France’s beaches, scientists said.

‘We have what is almost an epidemic or, at any rate, an abnormal spike in deaths,’ Willy Dabin, a researcher from the Pelagis Observatory working on the corpse, told Reuters news agency.

‘The question lurking in the background is: Are humans a contributing factor in their capacity to upset the environment? Either by impacting food availability or polluting the living environment, which could leave the whales more vulnerable to disease.’

Officials have put guards near the latest carcass, which washed ashore near Saint-Hilaire-de-Riez at the weekend. It measured nearly 16 metres long and weighs around ten tonnes.

In February this year, a similarly stricken fin whale died on a beach in Cornwall.

The creature – which reportedly looked like it had not eaten in some time – was initially spotted swimming at a privately-owned cove on Valentine’s Day. It’s believed that it crushed its own internal organs while thrashing around on the rocks due to its immense size.

Julia Cable, national coordinator at British Divers Marine Life Rescue (BDMLR), confirmed the creature was a fin whale, the second largest whale on the planet which normally lives in the Gulf of California, the Coral Triangle or the Arctic.

Ms Cable said: ‘We don’t get them in our waters. I can’t remember the last time one was recorded down here. It is really really thin so it’s likely it hasn’t eaten for some time.’