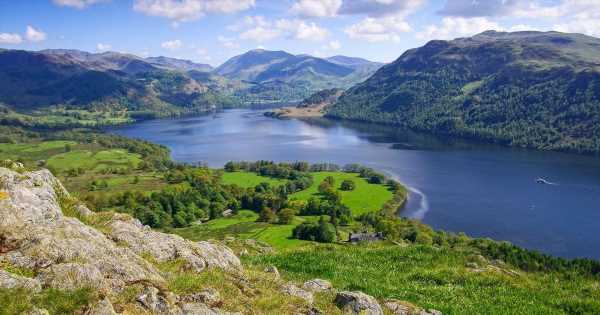 The idyllic waters of the Lake District are under siege by a sea creature stealing geese, one man has alleged after spotting three geese being "dragged" under the water.

Wayne Owens, who works in Ullswater, is urging people to stay out of the water noting that the geese who have gone under have never been seen again.

The 61-year-old warned off those with children and dogs and even admitted he is too afraid to wade into the water, which he believes currently has a sea monster problem.

Despite Owens' cries of sea monster troubles, a ranger working for the Lake District National Park Authority has said there is nothing in the waters following an investigation.

Speaking of the first monster encounter, Wayne said: "I was on the Steamer and this grey lag goose was taken from the top of the lake and dragged backwards and it was not to be seen again. We kept watching and it didn't come back up.

"I was talking to the skipper when another two small grey lags maybe 5lbs each and they could not fly properly were dragged under. They had separated from the flock and ran across the water.

"The first one was taken down immediately, My skipper who has 36 years of experience was with me and said he had never seen any goings-on like it. Within 15 seconds the second one had been taken."

Wayne is now so worried by the alleged lake monster that he is too afraid to enter the water, saying either a crocodile or a giant catfish could be lurking in the body of water.

He said: "I think something has been released into the water and when I have spoken to people about it, they have said it could be a crocodile or a catfish."

Wayne added that while some may think he is "mad" for his lake monster fears, he has "nothing to gain from this," LancashireLive reported

A spokeswoman for the Lake District National Park Authority said: "We are aware of the alleged incidents involving geese on Ullswater. Our Lake Ranger team patrolled the area over the weekend and did not see anything out of the ordinary.

"The Environment Agency is also aware."