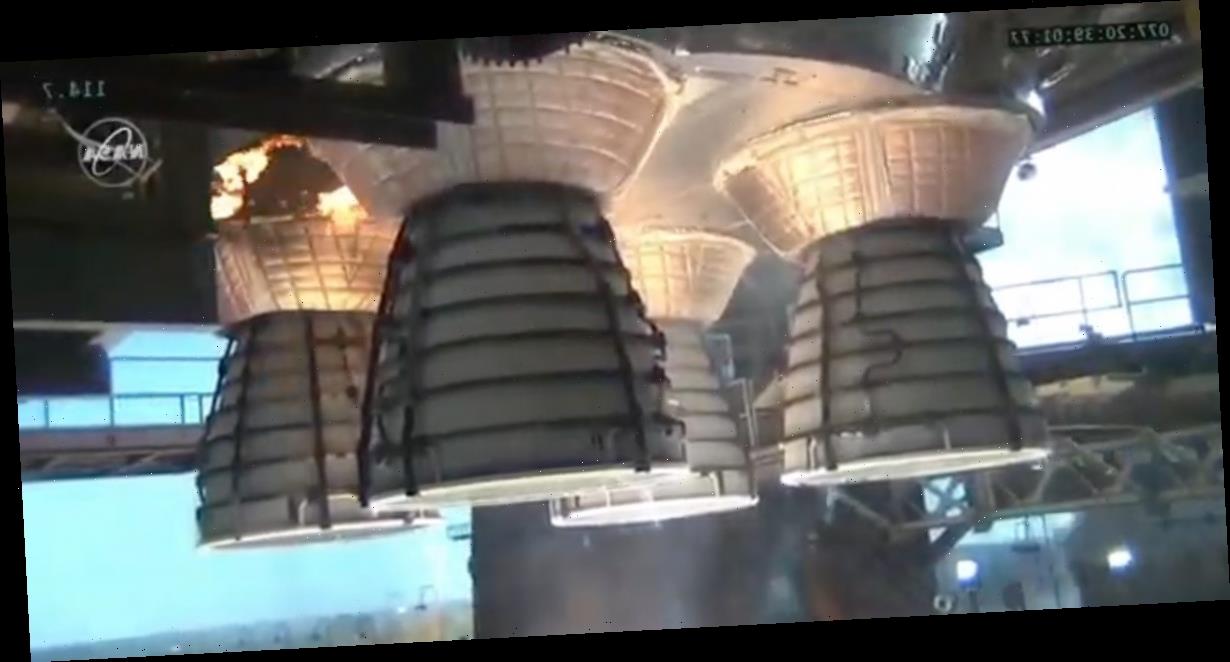 NASA put the core stage of its new mega-rocket through its most grueling test yet on Thursday.

In what’s known as a “hot fire” test, the four RS-25 engines roared to life at 4:37 p.m. ET, producing about 2 million pounds of thrust. They continued roaring for more than eight minutes — the length of time required to deliver an upper-stage rocket and spaceship into orbit. A cloud of smoke churned out from the test stand, and when the engines finally burned through the fuel and cut off, test controllers applauded.

“There’s a lot of data now that’s going to have to be analyzed,” Bill Wrobel, the manager of the testing program, said during NASA’s live broadcast. “But I think the applause says a lot about how the team feels. They got through the test and it looks pretty good right now.”

As long as the data doesn’t reveal any hidden issues, Thursday’s success clears the way for NASA to integrate the core stage into the agency’s new moon rocket, called the Space Launch System (SLS). The system is a cornerstone of the agency’s Artemis program, which aims to put boots on the lunar surface for the first time since 1972 and lay the groundwork for a space station that would orbit the moon.

But first, SLS has to fly to the moon and back without a crew. With the hot fire done, NASA could launch that mission, called Artemis 1, before the end of the year.

The world’s most powerful rocket stage 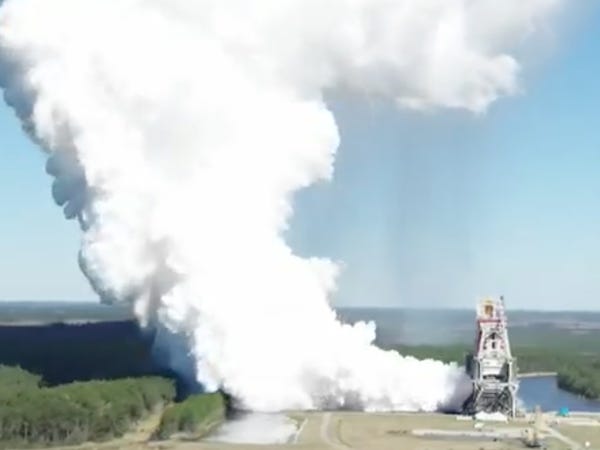 The rocket’s core stage is the biggest piece of SLS and its structural backbone. It’s also the world’s largest and most powerful rocket stage, according to NASA.

On Thursday, the 212-foot-tall stage stood vertical, strapped into a test stand at Stennis Space Center in Mississippi. Six barges carried 733,000 gallons of cryogenically chilled propellant to the stand and, over several hours, the fuel was pumped into the rocket stage’s tanks. The engines burned through all that fuel in the expected timeframe.

“They clearly got the full duration that they were after, which is really great news,” Wrobel said.

This final development test suggests that the stage’s engines can survive the journey from a launchpad to Earth’s orbit. If data from the test leads to the same conclusion, NASA will ship the core to Kennedy Space Center in Florida, where the rest of SLS waits.

The final product is designed to stand 365 feet tall, with twin rocket boosters strapped to the core stage and NASA’s Orion spacecraft secured on top of it. 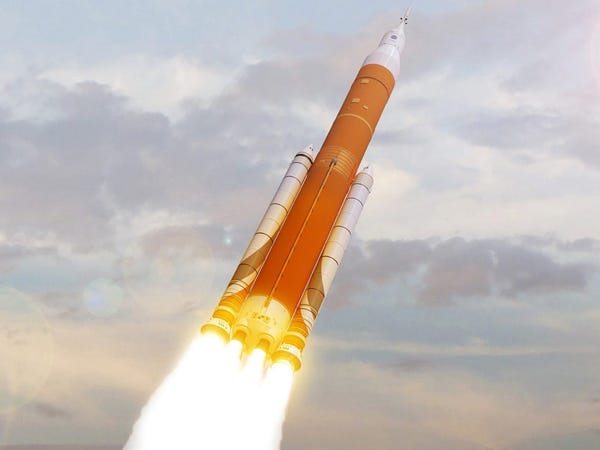 The system could launch to the moon as early as October. If that mission happens on schedule and goes smoothly, NASA would then be on track to realize its goal of ferrying astronauts to the moon sometime in the mid- to late-2020s.

Eventually, NASA has said, SLS could even carry humans to Mars. 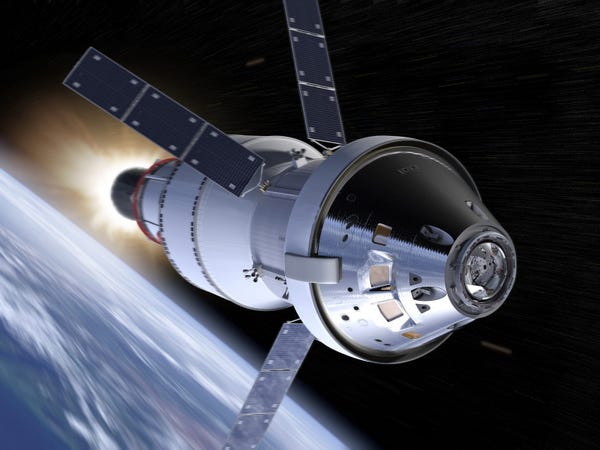 NASA tried a hot-fire test in January, but it was cut short

NASA has spent about $18 billion developing SLS. Boeing built the core stage, and Aerojet Rocketdyne supplied the RS-25 engines, which were also used on NASA’s fleet of space shuttles. The hot fire is the eighth and final step in a program the agency designed to thoroughly test each part of the core stage before launch.

This was NASA’s second hot fire. The first was in January, but the engines suddenly shut down just one minute in. 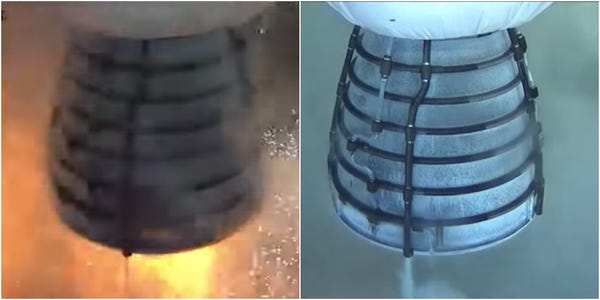 It turned out that a flight computer had automatically aborted the test because a system controlling the engines’ movements had exceeded the limits NASA set ahead of the hot fire. The limits were intentionally conservative, NASA said, because the agency doesn’t want to push the rocket so hard that it gets damaged during testing.

But in the two months since, NASA has adjusted the test parameters to be less conservative. If the system had exceeded the prior limits during an actual launch, the agency later said, the rocket would have continued to fly. 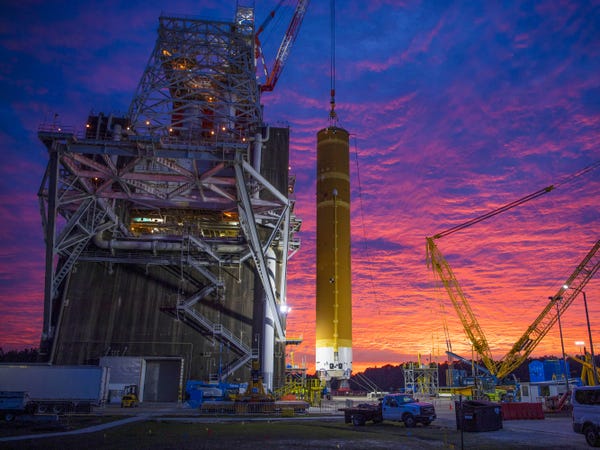 The January test’s abrupt ending meant that the SLS team only had enough data to verify three of 10 design requirements. That’s why they redid the hot fire on Thursday.

In preparation for the second hot fire, the team also repaired a valve for the engines’ liquid-oxygen tank that was not opening properly.

The next moon flight could launch as early as October

None of the prior issues seemed to arise during Thursday’s hot fire, which burned for eight minutes and 19 seconds. SLS program managers had previously said they would need at least four minutes of data in order to verify the rest of their design requirements. 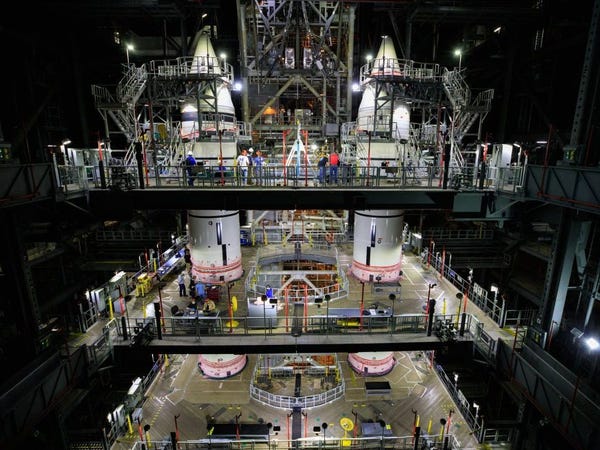 Now, the SLS team will comb through data from the test and finish the necessary verifications to certify the core stage for flight.

NASA has tentatively set the Artemis 1 launch date for November, but SLS program managers have said the rocket could lift off as early as October.

“We’re still on path to have an opportunity to launch this year, but we recognize also that there are things that can come up, like weather and COVID and some first-time operations,” Tom Whitmeyer, who leads the NASA program that develops new systems like SLS, said ahead of the second hot fire. “So the plan is to launch this year, but we’ll continue to provide progress as we go through the year and we’ll certainly let you know how we’re doing.”