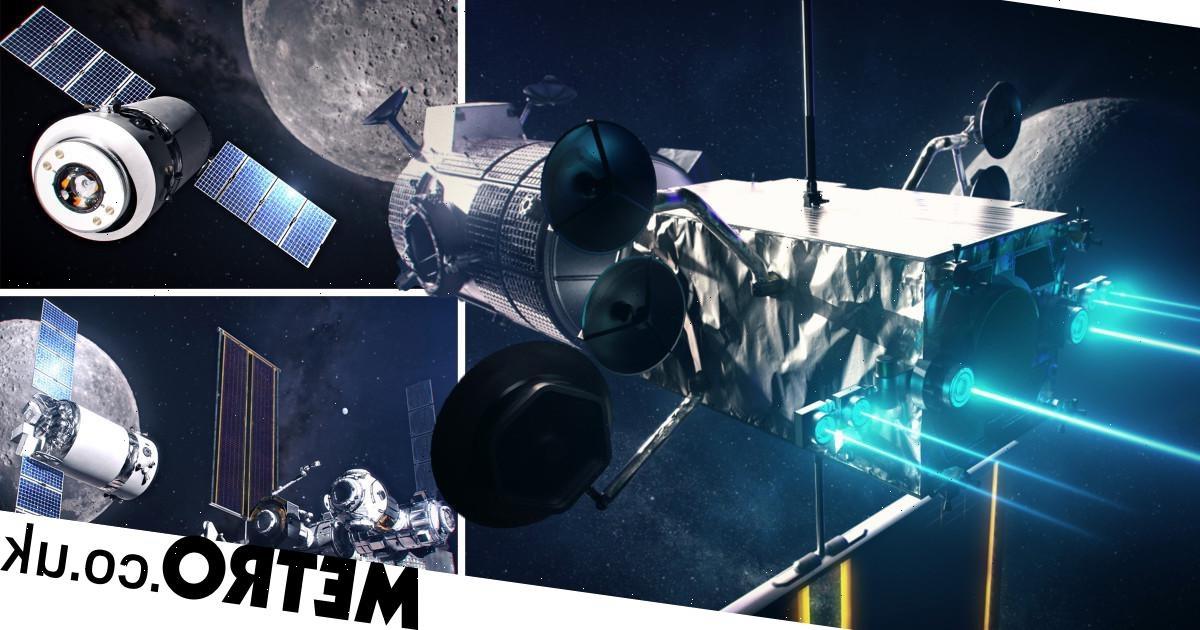 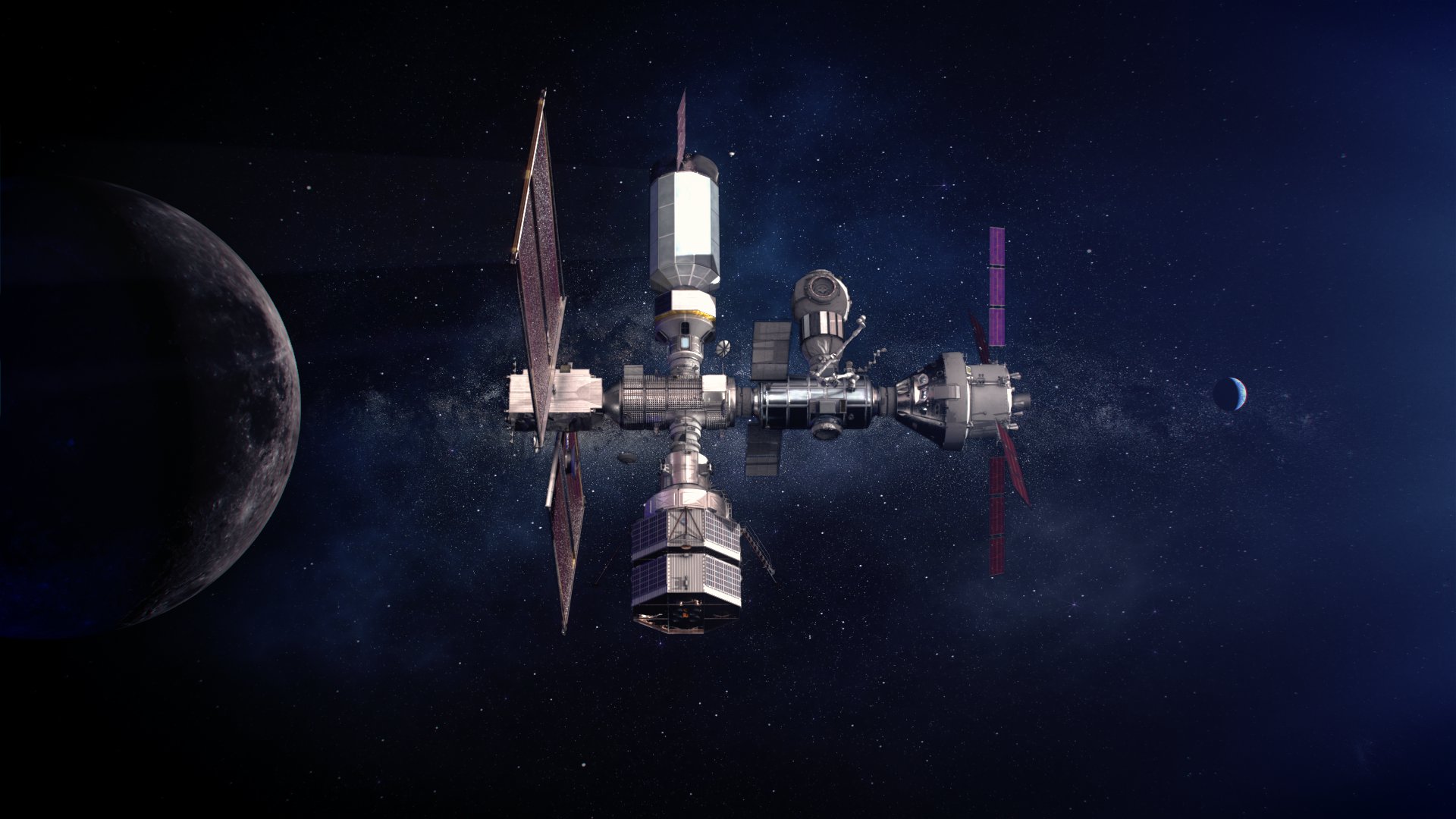 Dozens of images provide a glimpse of a new space station that will orbit the moon.

Nasa wants to launch the Lunar Gateway in 2024 as part of its Artemis programme. But it says this is a goal, and has not confirmed a target launch date.

Artemis will put human boots on the surface of the moon for the first time since 1972. The Gateway will support long-term human exploration of the rocky satellite.

But Nasa hopes it will eventually serve as a staging point for travel deeper into space.

Nasa administrator Jim Bridenstine previously said: ‘The Gateway will be our home base in lunar orbit – it is our command and service module for missions to the surface of the Moon.

‘Using it as a port for the human landing system, its orbit around the Moon will give us access to the entire lunar surface, and a place to refurbish and refuel the landing system.’

Artemis will see astronauts set foot on the moon for the first time since the Apollo 17 mission in 1972.

It will also take the first woman to the rocky satellite.

Nasa wants the Artemis program will act as a test bed for technology that will eventually help humans travel to, and live, on Mars.

Last year, Nasa revealed plans to set up a long-term base on the moon. Dubbed ‘Artemis Base Camp,’ it would provide a home for astronauts on the arid lunar surface.

Artemis will also see humans visit the moon’s South Pole for the very first time, where they will search for water and figure out how to use it.

Astronauts will travel to Gateway on Nasa’s ‘Space Launch System’, which will be the most powerful rocket the agency has ever built. It will carry up to four passengers to the station in a spacecraft named Orion.

Elon Musk’s SpaceX will also do some of the heavy lifting for the Artemis programme.

Nasa announced in February the company had been chosen to carry the foundational parts of the Gateway to lunar orbit.

SpaceX recently also won a $2.9 billion contract for a landing system that will ferry astronauts on the lunar surface.

The company plans use its prototype ‘Starship’ spacecraft for the job.