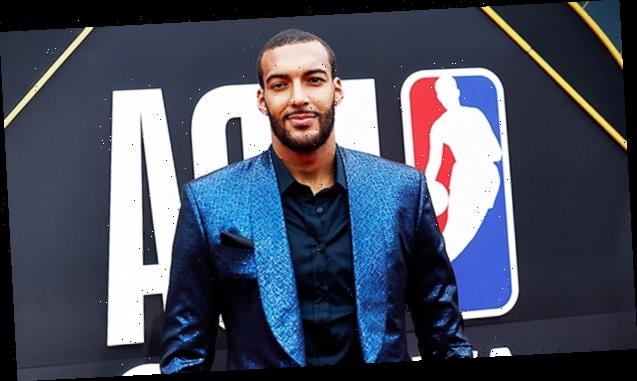 The NBA’s Rudy Gobert purposely touched reporters’ microphones just two days before he tested positive for the coronavirus, causing the league to suspend the season.

Utah Jazz player Rudy Gobert‘s positive test for the coronavirus on March 11 caused the NBA to halt the season, suspending all games indefinitely. Already some precautions had been put into place, including one by the Utah Jazz ahead of their home game against the NBA champion Toronto Raptors on March 9. Instead of letting reporters get close to players and interview them on the court following the team’s shoot-around prior to the game, it was moved inside Zions Bank Basketball Campus media room. That’s where Rudy then did something that has many fans calling him an “idiot.”

The players addressed sports reporters from a distance, with all of their microphones and tape reporters clustered together. After Rudy finished talking to the press, he got up and then leaned down to purposely touch every mic and recorder with his hands. Now two days later, he’s been the first confirmed NBA player to have tested positive for COVID-19. He played in that game against the Raptors, and his positive test result ahead of the Jazz’ March 11 game against the OKC Thunder caused the game to be cancelled just before tip off. Spectators were then urged to evacuate the Chesapeake Energy Arena “in an orderly fashion.”

Now French-born Rudy is getting slammed on Twitter for his microphone touching stunt, as the video has gone viral. “What if I told you that one touch could bring a whole league to a standstill? ESPN 30 for 30 presents ‘The French Suspension’” user Not That Eric wrote. “I’m a jazz fan and a Rudy Gobert fan, I can’t defend this sh*t. What was he thinking, man?” user Moony added.  Fan TJ joked, “Rudy Gobert is a real defensive player of the year. Shut the whole league down.”

Apparently Rudy had been feeling ill yesterday after his microphone stunt the day prior. The team announced on March 11 after the Jazz/Thunder game cancellation that a player had “tested negative this morning for influenza, strep throat, and an upper respiratory infection.” They said that “his symptoms diminished throughout the day, but in cooperation with the NBA medical staff and Oklahoma health officials, the decision was made to test for COVID-19.”

The team said a preliminary test came back positive just before tip-off and the decision was made to postpone the game. Both teams have been quarantined. Rudy’s Jazz teammate Evan Fournier says he talked to Rudy on the phone since the positive test and tweeted, “He’s doing good man. No need to panic.” Too late for that, as the NBA season has been put on indefinite hold.