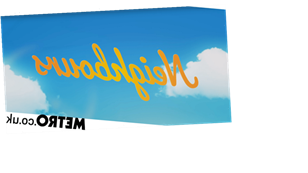 Neighbours has cancelled filming that was due to take place in Dublin later this month over Coronavirus fears.

Additionally, a special event in aid of the soap’s 35th anniversary — that was due to take place in the UK — has also been cancelled.

A spokesperson told Metro.co.uk: ‘Due to the current coronavirus situation and cautions around international travel, cast who were flying in from Australia will no longer be visiting the UK for the Neighbours 35th Anniversary celebrations.

‘Whilst this is obviously very disappointing, the wellbeing of all our cast and crew is our utmost priority.’

‘Filming in Dublin with Alan and Jackie has therefore been cancelled for now, however we love our UK and Irish audience and will definitely be back in the future.’

According to RTE, A special secret storyline featuring Karl and Susan Kennedy (Alan Fletcher and Jackie Woodburne) was going to be filmed in Dublin later this month that would coincide with the 35th anniversary.

The Channel 5 soap is due to celebrate its 35th anniversary next week — with a special week of not only afternoon instalments, but also an additional five late-night episodes that will see chaos ensue on an island, as Finn (Rob Mills) returns to the dark side.

you’ve got a soap or TV story, video or pictures get in touch by emailing us [email protected] – we’d love to hear from you.