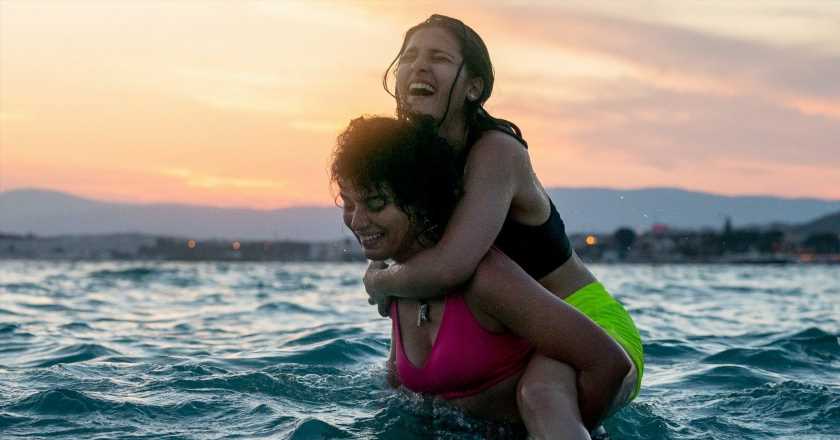 Netflix’s upcoming film The Swimmers tells the remarkable true story of two Syrian sisters who fled their war-torn home in Damascus and went on to compete in the 2016 Rio Olympic Games.

In 2016, two sisters by the names of Sarah and Yusra Mardini competed at the Rio Olympic Games. But that the pair were related and on the same team wasn’t by half the most remarkable thing about their participation in the biggest sporting event in the world.

In fact, Yusra and Sarah were Syrian refugees. Having fled their home in Damascus as a result of the Syrian civil war in 2015, the sisters had made a perilous journey across the Mediterranean sea, where they had to swim for their lives to reach the Greek island of Lesbos as asylum seekers. One year after their harrowing voyage, the sisters were swimming as members of the Refugee Olympic Athletes Team at the 2016 Olympics in Rio.

The story was as emotional as it was inspirational, not least because Yusra and Sarah had saved the lives of passengers in an overcrowded dingy after it suffered an engine failure in the Aegean Sea. They swam for three and half hours to stop the boat from capsizing, ensuring the safety of everyone else on board.

Now, the sisters’ incredible story is coming to the small screen in Netflix’s upcoming film The Swimmers.

Directed by Bafta winner Sally El Hosaini (Babylon, My Brother The Devil, The Fifth Bowl) who co-wrote the script alongside Enola Holmes scribe Jack Thorne, the film follows Yusra and Sarah (played by Manal and Nathalie Issa) who were trained to become professional swimmers by their father (Ali Suliman), as they embark on a harrowing journey out of Syria with their cousin (Ahmed Malek) and make their Olympic debut.

The film, which sees the young sisters put both their hearts and champion swimming skills to heroic use, recently premiered at the Toronto International Film Festival and is now among Netflix’s biggest 2023 Oscar hopefuls.

“I’m ecstatic,” said El Hosaini about the TIFF inclusion. “What an honour and privilege to open TIFF with the inspirational true-life story of the Mardini sisters. A city as multicultural and diverse as Toronto is the perfect place to debut our film that elevates the visibility and voice of refugees, reminding us that the human capacity to survive is stronger than most of us know.”

”The Swimmers was the very best kind of surprise when we saw it this summer — an exciting, epic journey and the arrival of an important filmmaker. I’m thrilled that audiences in Toronto will be the first to discover Sally El Hosaini’s remarkable film, and that this year on our opening night we can honour everyone who risks everything to reach a better, safer life.”

The Swimmers will be available to stream on Netflix later in the autumn.