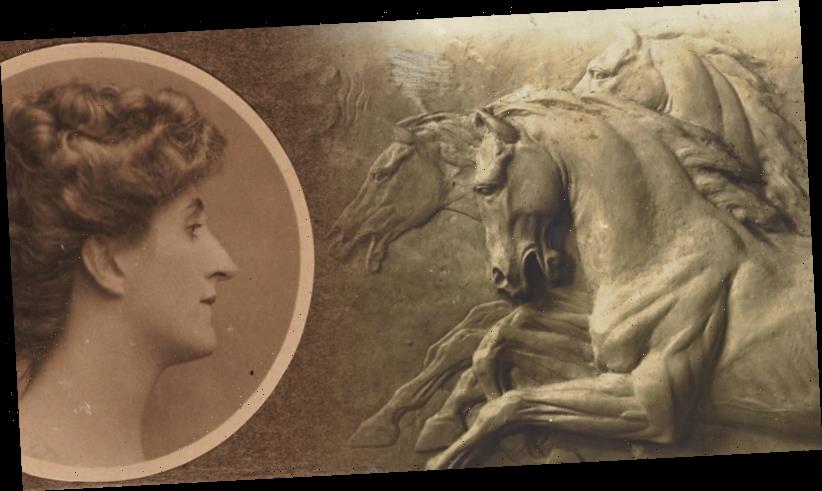 The Art Gallery of NSW has commissioned a new artwork by a female indigenous artist to take pride of place above its grand sandstone entranceway.

The framed niche in the gallery's portico has remained empty for more than 100 years since gallery trustees abruptly cancelled a 1913 commission of a bas-relief bronze panel by the Australian-born sculptor Dora Ohlfsen. 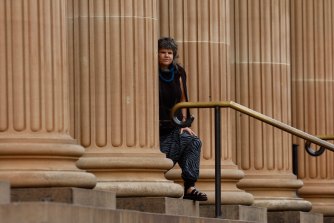 Karla Dickens at the entrance to the NSW Art Gallery. Credit:Dean Sewell

NSW artist Karla Dickens, a Wiradjuri painter, will be invited to create a new contemporary work for the gallery’s entrance to be unveiled next year for the 150th anniversary of the institution's inauguration as the 'Academy of Art' in 1871.

Unlike Ohlfsen's decorative panel of horses and charioteers, Dickens' preliminary concept of hooded figures is a commentary on the lived experience of women and the expectations of Indigenous women particularly.

"The hood is both a metaphor and visual language for our invisibility," Dickens says.

Dickens' proposal To see or not to see 2019 was selected from five others developed by artists Deborah Kelly, Sanné Mestrom, Caroline Rothwell, Julie Rrap and Shireen Taweel. 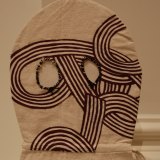 Their proposals have been on show as part of a free public exhibition, Dora Ohlfsen and the facade commission, which explores the little known story of the artist’s cancelled commission.

Ohlfsen was one of the world's most highly regarded sculptors and designers of medals and medallions when invited to add the missing decoration to the Walter Vernon-designed building but the commission was withdrawn.

The reversal, never fully explained, remained the biggest disappointment of the sculptor's career, which was sidelined by two world wars and ended with her mysterious death in 1948.

Sydney born Dickens, a graduate of the National Art School, feels for Ohlfsen's disappointment. "Án artist's life is not an easy life," she says. "Whether her sexuality had something to do with it, I'm sure that being a woman was enough to have that opportunity removed." 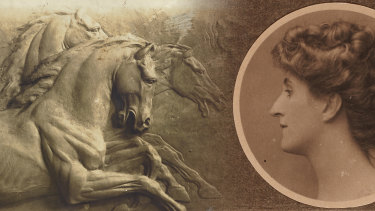 Special exhibitions curator Jackie Dunn said the gallery's curatorial staff did weigh up replicating Ohlsfen's work but a single black and white photograph of her plaster cast was all that remained of the artist's original vision.

"Ït's quite a difficult thing to imagine producing the work of an artist not still around, that's was our primary concern."

With the entire life-sized plaster missing, final decisions around detailing, patina, and the depth of the relief was all guesswork.

"There is a sense that, 100 years after the commission, this seems such an extraordinary opportunity to bring the existing Walter Vernon designed building and Sydney Modern together, to look towards the future while referencing the history of the site," she said.

Gallery director Dr Michael Brand said the commission was one way of redressing the representation of women artists in its collection.

Over the next 12 months, Dickens will work with the gallery to bring the facade artwork to fruition. Once installed next year, the commission will remain in place for three years.